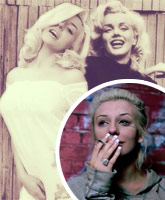 Teen bride Courtney Stodden has been obsessed with trying to look like her hero Marilyn Monroe for well over a year, and now the 21-year-old is trying to mimic Marilyn in another way: by becoming an actress. Keep reading to watch Courtney's portrayal of Tamra Munn, a crack-addicted prostitute from Oklahoma City who had her virginity sold to a man at a Fort Worth truck stop for $500 by her own mother.
Read More... 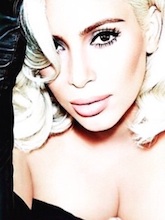 Kim is putting her two favorite things–style alterations and dead style icon-channeling–to good use on the cover of this month's Vogue Brazil. Check out the photos and see whether she does, in fact, look like the legendary Marilyn Monroe.
Read More... 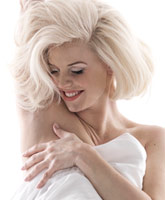 Earlier this month we shared the first photos of actress Kelli Garner as Marilyn Monroe in the upcoming Lifetime miniseries based on the icon's troubled off-screen life, and now we have the very first trailer! Keep reading to watch the clip, which includes Academy Award winner Susan Sarandon as Marilyn's troubled mother Gladys. Plus, see more photos of Kelli's amazing transformation into Marilyn.
Read More... 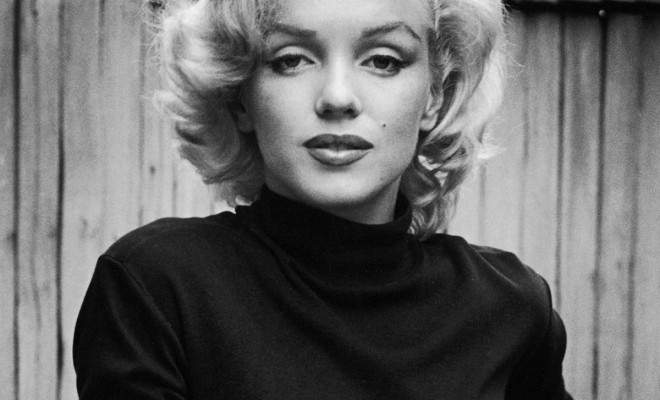 The true identify of Marilyn Monroe's father can't ever really be known, but her mother Gladys insisted all her life that it was a man different from her ex-husband Martin Edward Mortensen, who she put on the birth certificate.
Read More...
It's no secret that Marilyn Monroe had a troubled childhood before she became one of the biggest cultural icons of our time, but she almost didn't make it out of infancy.
Read More... 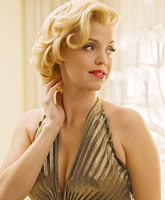 Lifetime continues giving female entertainment icons the miniseries treatment, this time enlisting the help of of Academy Award winner Susan Sarandon for The Secret Life of Marilyn Monroe set to air May 30 and 31st. Susan will play Marilyn's mother Gladys Mortenson, who spent a great deal of time in an institution due to mental illness, and actress Kelli Garner (The Aviator, Pan Am) will take on the role of Norma Jeane Mortenson, aka Marilyn Monroe. Keep reading for more info on the miniseries and see the first official photos of the cast, including Emily Watson as Marilyn Monroe's childhood guardian Grace McKee and Jeffrey Dean Morgan as Joe DiMaggio.
Read More...
Read More... 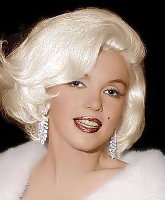