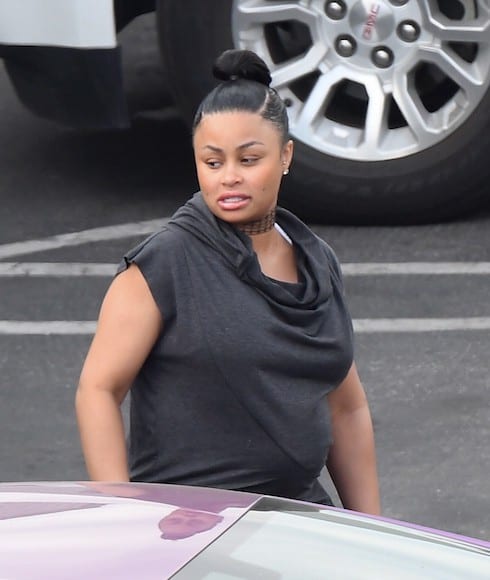 Though her due date is November 18th, a new report has fans wondering: Did Blac Chyna have her baby? According to the report, the fact that Blac is having a daughter has motivated her to try and move her due date up ten days. Why the daughter? Because apparently Blac wants to give birth to her girl on the same day that Hillary Clinton is potentially elected president of the United States. (So the egg will really be on her face if the vote counting stretches into the early hours of November 9th.) That’s the good word from the latest In Touch report, which appears to therefore suggest that Blac Chyna is actually in her birth suite going through induced labor right…now.

“[She] thinks that would be epic and so fitting,” said the article’s anonymous source, “for her little girl to be born on a potentially historic day.” But In Touch’s story also claims that Chyna is simply “hoping her water breaks and she’s able to pop” today, so this might not have been an Ocean’s Eleven-level plan on Blac’s part.

On a related note, we do know that she has a proper birthing suite already booked: and that it’s the very same one Kim Kardashian had Saint West in. The $4,000-per-night chamber actually features three beds, two bathrooms, and its very own lounge. And it’s located at Cedars-Sinai Medical Center, which devotees will recall was also the site of Lamar Odom’s initial recovery from a drug overdose and seizure last autumn.

Regardless of whether or not that report is true, two things about Blac’s pregnancy appear to be certain. The first is that fiancé Rob Kardashian remains banned from the delivery suite; the second is that Blac and Rob have allegedly agreed to terms with E! over the rights to film and later televise the birth for a Rob & Chyna special.

UPDATE – Looks like Blac might have gotten her wish after all?! The shrewd eyes over at The Shade Room caught an IG update from Blac’s mom, Tokyo Toni, who earlier today had this to say about her newest grandchild:

(Photo credits: Did Blac Chyna have her baby via Cousart / JFXimages / WENN.com)

Tommie and Meek Mill reportedly dating, may both feature on LHHATL Season 6