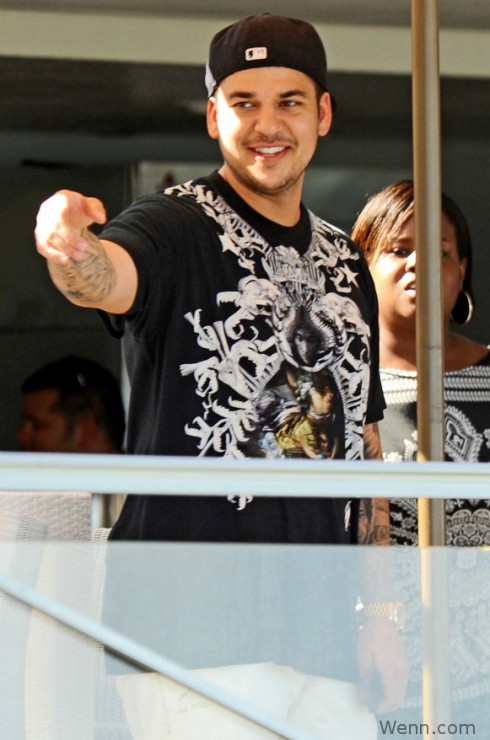 His sister Kim may be the pregnant one, but Rob Kardashian is the one rapidly gaining weight. Rob confessed on the latest episode of Kourtney and Kim Take Miami that he has gained 40 pounds during his year-long relationship with Rita Ora, which ended in December 2012.

“All I did was waste a lot of money and gain 40 pounds,” Rob told his sisters over dinner. “I need to focus on me. That’s all I wanna be about.” 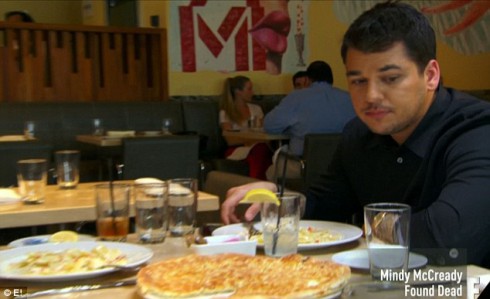 Since the episode aired, Rob has been spotted carrying a calorie-controlled meal and donning sweatpants. If he is indeed committing himself to a healthier diet and workout plan, he should have no problem getting back in shape… Especially considering he previously shed a couple dozen pounds during his 2011 stint on Dancing With the Stars.

With a number of peaks and valleys on his weight history, is it healthy for Rob to continually gain and lose weight? Experts are a bit divided on the subject of weight cycles. Some suggest that it can be detrimental to experience regular, drastic weight fluctuations. The leading opinion, however, is that striving to achieve a healthy weight is always a good thing — no matter how many setbacks there are along the way. 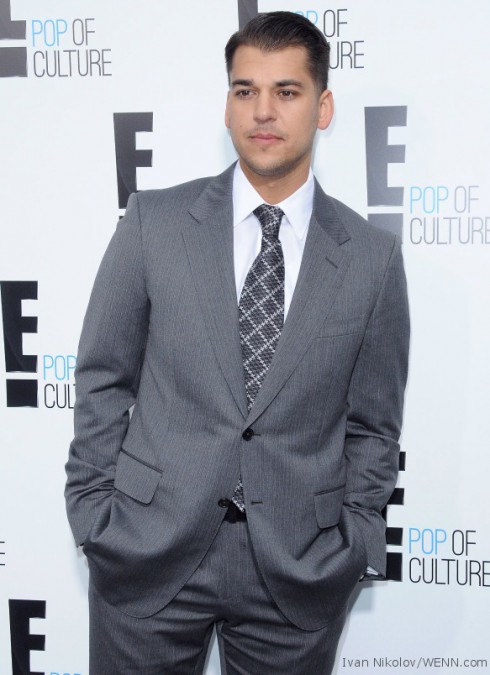 In this case, Rob’s weight gain seems to have been driven by a lackadaisical approach to health and emotional turmoil. According to his sister Khloe, Rob’s semi-secret relationship with Rita Ora took its toll on him.

Depression is proven to increase appetite and decrease the desire to workout, so it makes sense that Rob gained weight. Hopefully he can now find balance with both his physical and emotional health!