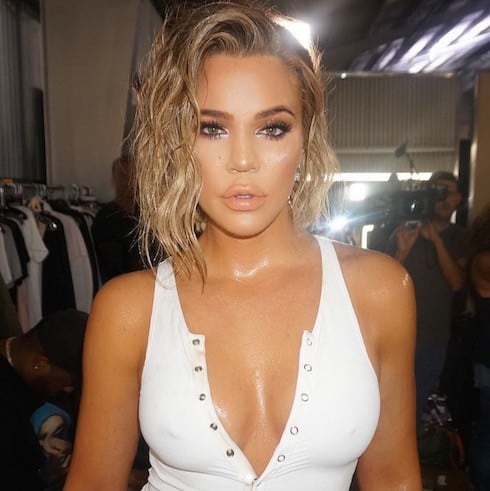 If the newest rumors about Khloe Kardashian are true, she and baby daddy Tristan Thompson are starting to plan their lives with the precision of a Wes Anderson protagonist. Just days after rumors that their wedding plans have advanced now that Tristan intends to buy, not rent, a home in LA, we’ve got a new baby development. According to Hollywood Life, Khloe wants to give birth at some point during the NBA’s week-long All-Star break in mid-February.

Their take quotes “a source close to the Cavs” who claims that Khloe and Tristan are both hoping that Khloe’s due date lines up with the break, since “Tristan will be given a few days off…when Khloe goes into labor, and everyone is actually hoping it occurs during the NBA All-Star break so he doesn’t miss any time on the court.” The source further explained that everyone involved is apparently relieved that the NBA All-Star Game will be in Los Angeles this season, meaning Tristan will be there anyway (if not on one of the actual teams).

“Things may work out perfectly,” the source concluded. “At least, that is what everyone is hoping for.”

Based on that source’s optimism, it’s hard not to assume that Khloe is planning to induce labor rather than simply chance it. If she really, really, super duper needs Tristan by her side during the delivery, wouldn’t she have to? “Mid-February” is a pretty big window to just leave things to chance: the Cavs’ last game before the break is on February 13th, and their first game after is on the 22nd. That leaves exactly eight days for this baby to be born without bothering anybody’s multi-million dollar schedules. Assuming it’s safe to do so–and it sounds like Khloe would be far enough along that the risk would be minimal–it sure seems like mommy and daddy would both breathe easier if they just picked the date they wanted.

Of course, Gossip Cop has already called shenanigans on the whole idea, calling it a “made-up story” and adding “To say the logic is lacking here would be a severe understatement.” But we’ll point out that, with the exception of Kim’s, every single Kardashian pregnancy story had been labeled fake for the entirety of 2017–yet now we have three pregnant Kardashians, and plenty of surrogacy rumors to boot.

(Photo credits: When is Khloe Kardashian due via Instagram)