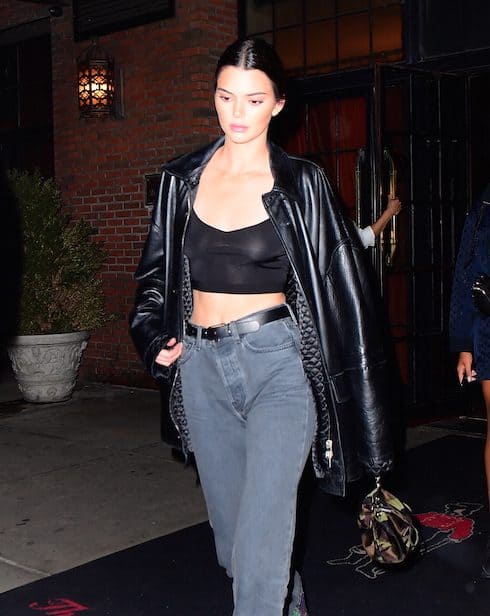 There’s been widespread gossip about it for weeks — but are Kendall Jenner and Blake Griffin pregnant and expecting a baby together by the end of the year? Kendall’s been re-upping her public profile of late in what some sources allege is an attempt at cutting off the talk. Meanwhile, Blake’s ex Brynn Cameron is hoping for all the ammunition she can get to help with her $100 million lawsuit against her baby daddy.

According to the initial rumor from a couple of weeks back, Kendall Jenner has apparently been turning down high-profile modeling gigs for later this summer because she’s pregnant and won’t be able to work. The insider whose claim kicked off the gossip frenzy said that the shows in question were “couture week in Paris,” which is scheduled for July 1st through July 5th this year.

Kendall Jenner earns upwards of $20 million per year from modeling contracts and related endorsements, though it’s not known whether her biggest contracts have any pregnancy-related no-work or enforcement clauses. What is known is that NBA All-Star Blake Griffin, who Kendall’s been seeing publicly since last October, is believed to be the father of any potential baby of Kendall’s.

The noted tabloid-busters over at Gossip Cop were quick to debunk the story, stating outright that Kendall’s rep told them “on the record…that ‘Kendall is not pregnant.'” In addition to that, we’ll point out that the photo of Kendall at the top of the article was snapped as she made her way to Jaden Smith’s party in New York City last night. If Kendall is hiding a baby bump, her secrecy is making Kris Jenner a very proud mama indeed.

If you’d like more photographic proof of Kendall Jenner’s non-baby bump — or if you really feel like hunting for her baby bump, which is…not the healthiest hobby in the world, but certainly within your rights — here’s another pic of Kendall, this one taken a few hours earlier on the same day: 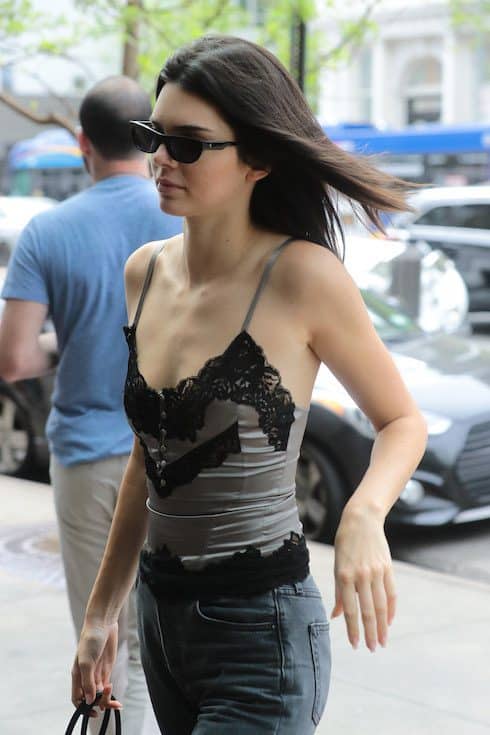 Plus, as Kardashian devotées were quick to point out, Kendall has been talking a decent hangover game on her Instagram feed over the last few weeks — something she’s probably not going to be messing with if she’s pregnant:

the party Gods got me

So — are Kendall Jenner and Blake Griffin pregnant? It seems unlikely. What’s more likely is that Kendall and Blake are trying to keep their heads down and stay out of anything and everything that looks like a tabloid, in light of Blake’s ex Brynn Cameron accusing him of stepping out on her and their two children and suing Blake for approximately half of his $200 million fortune. (You can read the full lawsuit — which could easily have been subtitled “MESSY” — by clicking here.)

Several weeks later, Blake’s attorneys officially petitioned the court to throw out Brynn’s lawsuit out. Per People, Blake “denies each and every allegation” (there are well over 100 specific allegations in Brynn’s suit), “further denies ‘that his ex Brynn Cameron is entitled to any money whatsoever,'” and asks that the lawsuit “be dismissed, with prejudice and in its entirety.”

Is Scott Disick cheating on Kourtney Kardashian with Marielou Bartoli?