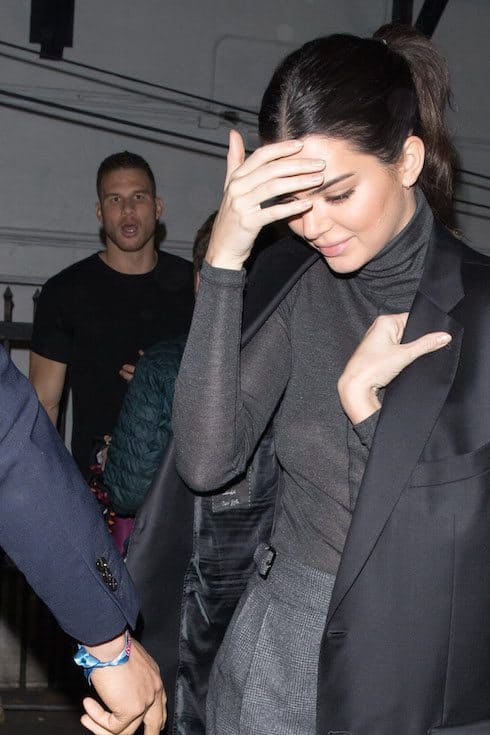 If you’re like me, you imagine a law office as a fairly austere place, one where arguments over the minutae of interpretation and courtroom strategy go on well into the night over huge meals of takeout to be billed to the clients in question after a generous markup. Or maybe you’re of the belief that Shakespeare was right about lawyers — but in either case you likely didn’t think that the profession required a mind as well-versed in sarcasm and tea-spilling as in the specifics of the law.

So allow me to disabuse you of that notion. Brynn Cameron, the woman with whom NBA All-Star Blake Griffin had two kids before leaving for Kendall Jenner’s warm embrace this summer, is now suing Griffin for palimony. And this is the first paragraph of the Blake Griffin palimony suit:

When Blake Griffin was recently traded to the Detroit Pistons, many speculated that the Los Angeles Clippers (“Clippers”) had breached their promises to him by dumping the NBA star not long after signing him to a long-term deal. Griffin himself, however, knows very well what breaching promises is all about. After all, Griffin had no problem trading Brynn Cameron, his former fiancée and the mother of his two children, for reality television star Kendall Jenner (“Jenner”). Some might say that Griffin received karmic justice by learning of his departure on social media, the same way he ungraciously allowed Cameron to discover her “trade.”

Maybe it’s because I read it in a legal document and not in a tabloid, but that right there is some fire. When you’re expecting dry legalese and instead you get language that could be prefaced by a headline that begins “MESSY,” your frown turns upside-down in a big hurry. (Also a factor, for those of you who don’t follow or care about sports: Blake Griffin signed a $170 million contract extension last summer.)

The Blake Griffin palimony suit further alleges that Cameron gave up her career to raise she and Griffin’s children; and that Griffin — most importantly for a paternity suit — agreed he and Cameron “would share equally any and all property accumulated as a result of their efforts, whether individual or combined.”

The suit also claims that Cameron and Griffin were scheduled to be married over the weekend of July 28, 2017, but that Griffin blindsided her with a request for a prenup just one moth before. Cameron refused, the wedding was postponed — and then, in early August, Blake and Kendall Jenner were spotted together in public for the first time. And, by October, Blake and Kendall were tabloid official.

Neither Blake Griffin nor anyone authorized to speak for him has yet to respond to Cameron’s lawsuit, and we can’t imagine that Kendall Jenner will ever have anything to say about it in public. For now, you can read the Blake Griffin paternity suit in full here; we’ve also embedded it below.

LHHH Alexis Skyy and Solo Lucci reportedly kept it professional for the cameras, but then the sex started behind his baby mama’s back