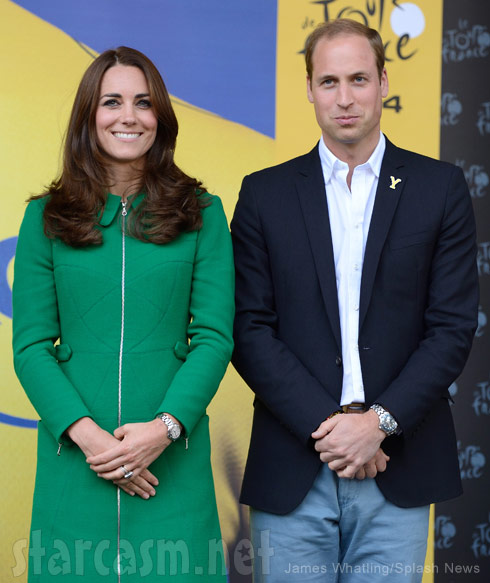 We appear to be getting closer to a potential Will & Kate Plus 8 royal reality show as Kate Middleton is reportedly pregnant again! The news comes from her long-time friend Jessica Hay, who previously spilled the bun beans on Kate’s first pregnancy by revealing to the press she was expecting weeks before the official announcement.

Jessica Hay spoke with Australia’s New Day magazine and revealed, “Kate’s inner circle are buzzing with the news that she is pregnant,” before adding, “I’ve heard it from several different friends of theirs now and they’re saying that they think there’s going to be an official announcement in weeks.”

Hay added that Kate’s appearance seems to be changing much as it did prior to Prince George’s birth, saying that her “face is fuller” and “she has rosy cheeks, she’s letting her greys show again, and whenever she’s out in public she goes to great lengths to hold something over her tummy…”

At the top of this post is a photo of Prince William and Kate Middleton at the Tour De France on July 5, and here is a photo of Kate at the Wimbledon finals on July 6: 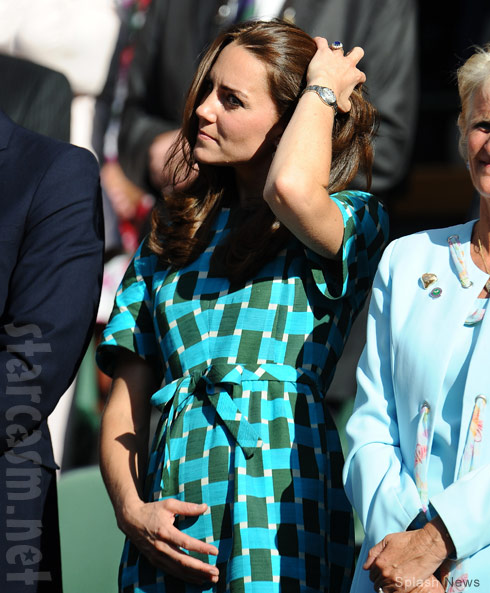 There has been no confirmation or denial from Buckingham Palace on the news, and probably won’t be if the report is true until Kate reaches her third month. If you recall, Kate’s first pregnancy was disclosed early because she was very publicly rushed to the hospital with hyperemesis gravidarum at around six or seven weeks.

Does Biggest Loser Olivia Ward have a future in opera?