The latest Vianey & Allen update is one of the happiest and most positive My 600 Lb Life check-ins we’ve gotten in some time. The Season 7 stars suffered tremendously along their weight loss journey, which is why we’re delighted to report that they’re still doing so well a year later. The Chicago couple looks to have kept the weight off, lost even more, and developed a deep and abiding gratitude for the second chance they’ve earned for themselves.

Vianey & Allen update: How is the My 600 Lb Life couple doing?

These updates are always too complicated for a quick summary. But the very short answer is that Vianey, 36, and Allen, 42, are doing wonderfully. They’ve kept up with their diets and Dr. Nowzaradan’s advice, and are living their new lives to the very fullest.

(And before we go any further, a quick note about Allen’s age. Though he and Vianey’s episode listed his age as 51 at the time of filming, this past summer, Vianey corrected what it turns out was a production error. Allen was actually 41 years old when he and Vianey filmed their My 600 Lb Life debut, and is 42 as of this writing.)

When their episode began, Vianey had a peak weight of 594 pounds; her husband Allen’s peak weight was 648 pounds. The couple was eager for Dr. Now’s help, but Allen found himself unable to resist tweaking the doctor’s orders. His motivation seemed sensible enough: as Allen himself explained, he worried that cutting out junk food completely would send his wife into a spiral of depression.

“I’ve seen that before, when [Vianey]’s tried to diet,” Allen said. “And I don’t want that to happen again….My plan, every few days, we lost a couple more snacks, until we’re only doing what’s on the diet.”

Within months, the two had managed to make progress, if unevenly. Two-thirds of the way through filming, Allen had dropped 130 pounds and gotten conditional approval for weight loss surgery. But Vianey had only lost 18. When she doubled her efforts — including attending therapy sessions to help deal with food addiction — Vianey, too, eventually earned approval for the surgery.

However, in one of the series’ most shocking moments, Vianey’s surgery had to be halted when she nearly died on the operating table. After reviving Vianey and bringing her out of anesthesia, Dr. Now had to tell his sobbing patient, “You didn’t get the operation, because your heart stopped.”

Fortunately, that devastating moment was quickly followed by a real triumph. By the end of the first Vianey & Allen update, the couple had lost a bit more than 500 pounds between them. Allen dropped 272 pounds, going from 648 to 376. And Vianey lost 226, falling from 594 to 368. The couple ended My 600 Lb Life Season 7 with a roller coaster of an episode, and, ultimately, a high note.

Where are Vianey & Allen now? Will they do another My 600 Lb Life episode?

Since filming for their first episode ended, Vianey and Allen have rededicated themselves to their health and their marriage. It’s difficult to recall any My 600 Lb Life cast member who’s seemed quite so overwhelmed and grateful for what’s happened to them since appearing on the show.

And, before we dive further into Vianey & Allen’s weight loss success, it’s worth pointing out that they’re also the latest My 600 Lb Life cast members to benefit from being buddied up during filming. Season 5 stars Jennifer and Marissa Jess have also helped each other stay healthy. David and Benji Bolton from Season 6 have been on an absolute weight loss tear. And Robin McKinley and Garrett Rogers, also from Season 7, look to have continued their own weight loss success as well. (We don’t need to talk about any other pairs among the show’s cast.)

We’ll begin the photo gallery portion of our “Where are Vianey & Allen now?” update with a pair of before and after shots the two of them shared this past summer. Though their captions are usually a bit longer, for this one, Vianey and Allen only wrote, “Thankful for the transformation!” Looking at the side-by-side shots, it’s easy to see why they let the pictures do most all the talking:

Vianey got quite personal and introspective a few weeks later. She shared another before-and-after shot, and used it as a means of describing the despondency she once felt: 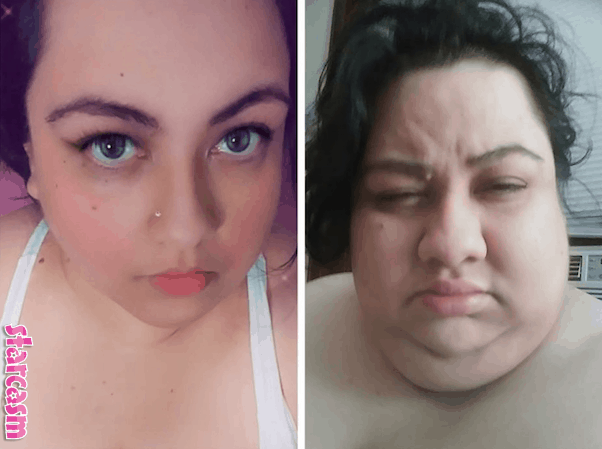 “A year ago I hated myself,” Vianey wrote. “A year later I started to love myself. I decided I wasn’t a lost cause. I found hope again. God gives hope to the hopeless. Remember you are never too far gone. God can still heal, renew, restore and transform broken bodies, broken hearts, broken minds and broken lives. Gracefully broken and restored by God.”

Then, just over a week later, Allen responded to a fan’s comment about he and Vianey growing old together with his own thoughts on the way his life used to be. “I never pictured myself growing old,” he said. “Especially being 600 lbs I knew I probably wouldn’t live long but now there is that possibility to grow old together.”

Next, it was Vianey’s turn to gush over her husband. She shared the pair of pics of Allen below… 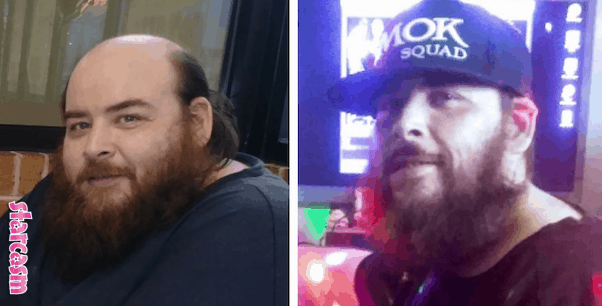 …then let her love shine through in the caption: “Allen has always been a sweet, happy guy… Now he’s a sweet, happy, healthy guy! He loves the new and improved him!”

As for the literal answer to Where are Vianey & Allen now, we got further clarification with what is as of this writing the most recent Vianey & Allen update. On October 23, Vianey offered a few remarks — and a couple more photos — on the occasion of her one-year anniversary as a Texan. She and Allen appear to still live in the state, and are clearly happy with the way things have turned out since their move. 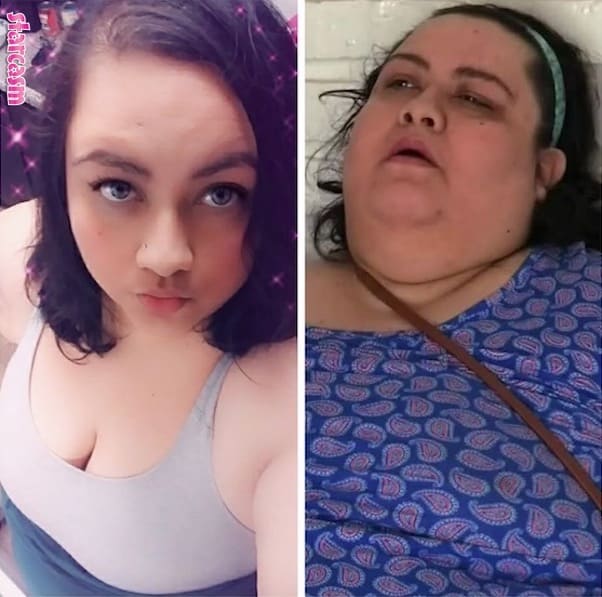 It’s exactly one year that I arrived in Texas. I remember that day I couldn’t even stand but a few seconds. A year later I can do that and more. I can’t believe that I feel like a completely different person. I am not where I want to be but I’m not where I started a year ago. I thank God for another chance at life.

You can keep up with each new Vianey & Allen update by following them on their official Facebook account. And to refresh yourself before their Where Are They Now? episode airs, you can revisit Vianey & Allen’s My 600 Lb Life debut on the show’s official page.