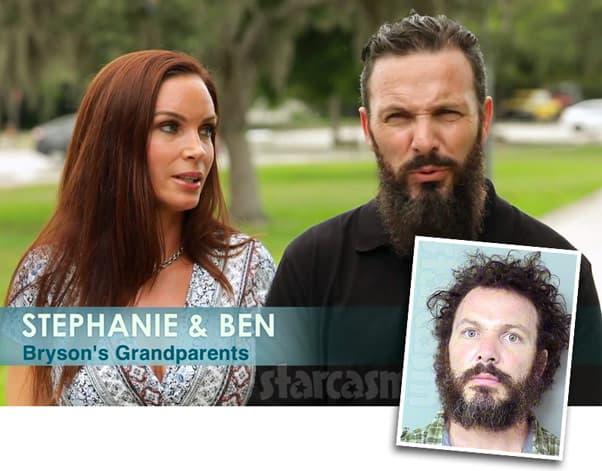 Things do not appear to be going too well for 90 Day Fiance star Robert and his Dominican fiancée Anny this season.

On-screen tension between the two continues to mount as they adjust to spending extended time together in person for the first time — all while living in a one bedroom apartment with Robert’s four-year-old son Bryson. Making matters worse, Bryson’s grandparents Stephanie (aka adult film star Diamond Foxxx) and Ben are quite judgmental and overbearing when they meet Anny for the first time. However, Stephanie and Ben apparently have some issues of their own, including a heated altercation between the two and Bryson’s mother in 2016 that led to Ben’s arrest for domestic battery!

Ben was arrested in August of 2016 in Florida. According to the arrest report, police were called in reference to a woman at a local Walgreens who had blood on her and was crying.

The officer arrived on the scene and Stephanie identified herself. “Stephanie was clearly upset and crying with small abrasions and scratches on her body and face,” the report reads. Stephanie told the officer that she and her husband Ben “had been drinking alcohol and things got out of control.”

Stephanie stated that she just wanted to be left alone, but Ben and her 26-year-old daughter [Bryson’s mother] “kept grabbing at her to go to her bedroom.” Stephanie resisted, at which point “she began to get scratched and pushed” by Ben and her daughter.

Stephanie’s daughter (who I will call Susan) was also at the Walgreens at the time. “I spoke with Susan, who was outside the Walgreens store,” the officer says in his report. “Susan’s statement was inconsistent and did not make sense. Susan appeared to also be intoxicated and slurred her speech when she spoke.”

The officer reveals that during his interview with Susan, Stephanie exited the Walgreens and sat down beside her daughter. The officer observed that Stephanie appeared to exhibit “no well-founded fear” of Susan.

Ben was not present at the Walgreens, and the officer went to the couple’s residence to speak with him. From the report:

I went outside to where Stephanie was waiting and asked her if she would complete a sworn written statement of what she had told me and what had happened and she replied that she would.

I went back inside and asked Ben one more time if he could tell me what had happened earlier to make his wife run out of the house bleeding and crying and Ben replied “nothing happened.”

I then placed Ben under arrest for domestic simple battery.

I find probable cause to arrest Ben for domestic battery pursuant to F.S.S. 784.03(1a1) for unwanted touching of his wife Stephanie causing minor harm to her body and face. I believe in this case that Ben was the aggressor. 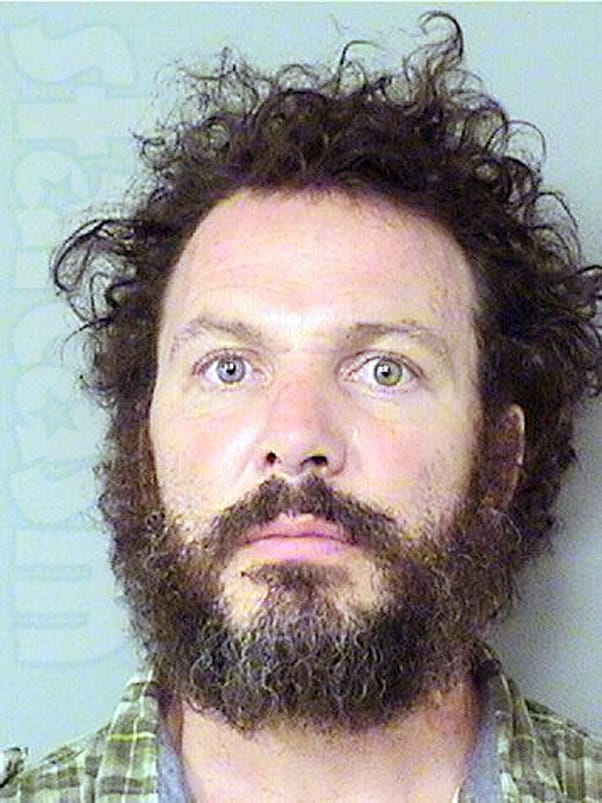 Ben was booked for simple battery (domestic) and he posed for the mug shot photo above.

Ben’s arraignment was scheduled for September 2, but THE CASE WAS DISMISSED after prosecutors elected not to pursue the charges. It’s unclear if Stephanie was willing to press charges or not.

UPDATE – I was able to obtain some additional court documents that state prosecutors did not officially file charges because “insufficient evidence exists to prove the charge beyond a reasonable doubt due to an uncooperative victim and lack of independent evidence.”

The incident between Stephanie and Ben that resulted in his arrest was very similar to the incident between Robert and Bryson’s mother that resulted in her arrest for domestic battery and battery on a police officer just three months later. That incident started when Robert locked himself in his bedroom and refused to let Bryson’s mother enter. You can click here for more details from that arrest, as well as Robert’s arrests in 2012.

To end things on a positive note, I thought I might share an amazing throwback photo of Stephanie and Ben that I ran across while researching them. If the timestamp on the photo is correct, it was taken in 2007, which would have been three years after her first foray into the adult film industry as Diamond Foxxx:

If you are curious about the timeline as far as how old Stephanie and Bryson’s mother were when they gave birth, I’ve got the answers for you. Stephanie was 17 when she gave birth to Bryson’s mother. Stephanie married and joined the Navy within four years of having her first child. It is unclear if she married her daughter’s father.

Less than a year after joining the Navy, Stephanie was “discharged from the service because of ‘sexual misconduct.’” She got divorced and married Ben before the couple relocated to Florida where Stephanie was pursuing a real estate career. (Click the link in the tweet above for more on Stephanie’s background.)

Bryson’s mother looks to have been 24 when he was born. In the context of this post, Bryson was roughly one and a half when Ben was arrested.

* NOTE – I have opted to not use Bryson’s mother’s name or post photos of her because she has not appeared on the show. If that changes, or if she begins commenting about the show publicly, then I will update the posts and share more information about her.

Anfisa Nava is RIPPED now, shares how to send Jorge money in prison