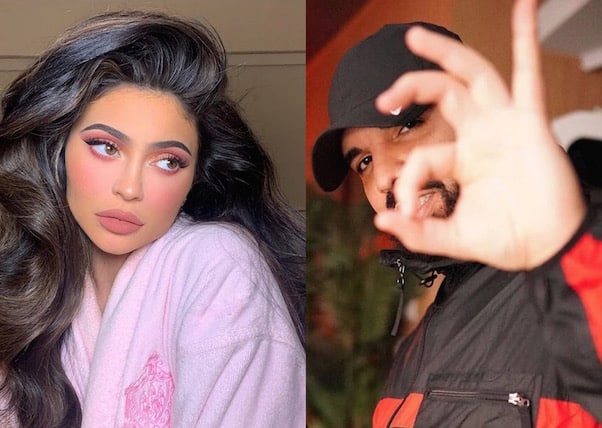 In Thanksgiving’s immediate aftermath, while pretty much every gossip blog was taking a long weekend, we got a backdoor confirmation of Drake and Kylie Jenner dating. The news was a well-done piece of lede-burying from the pair’s PR reps, since the story that got reported was how the two of them just weren’t ready to start dating seriously, meaning publicly. Since talk about Kylie and Drake had it as a foregone conclusion that the two were already together for at least a good time, the pivot was easy: simply lament that a proper romance wasn’t on the table for the two of them right now.

The first account to gloss over Drake and Kylie Jenner dating also came as video surfaced of Kylie and baby daddy Travis Scott hanging out — no euphemism — in Palm Springs. In other words, there was natural cover for a story on what Kylie and Drake had already done because the narrative had jumped to what Kylie and Travis might do. Page Six reported that, lo and behold, it really had been just a matter of time before Drake and Kylie’s long attraction got the better of both of them:

Sources say the pair did, as has been rumored, become romantically involved the same month Jenner split with baby-daddy Travis Scott — but pals of both stars tell us they won’t be coming out as an official couple. “When the media caught on, they stopped,” said an insider. “Neither of them want to be publicly seen as a couple.”

A source close to Jenner told us that the makeup mogul isn’t interested in a serious relationship with Drake, in part because the rapper is a notorious womanizer. (Drake has claimed his womanizing days are behind him.)

“She’s smarter than that,” said an insider.

So: the two of them messed around, didn’t want to deal with the complications that might arise from Drake and Kylie Jenner dating for real, and decided to stay on the DL indefinitely. No big deal, right? Except that the “womanizer” part of the story has turned in a new direction over the past few days. Since the quiet dating confirmation, the amount of attention Drake has allegedly been paying to underage girls is also getting fresh scrutiny.

Not that anyone is accusing Drake of doing anything untoward. But, as most sites noted when the newest gossip about Drake and Kylie cropped up — this site definitely included — Drake has been friendly with Kylie for a long time. He’s known her for at least six years and even performed at her Sweet Sixteen party, all the way back when Kylie looked like this. He’s also been linked to Kylie romantically at least once, just before she became pregnant with Stormi.

And Kylie is not the only teenage girl with whom Drake reportedly has a friendship. A few weeks ago, 17-year-old Billie Eilish revealed in a Vanity Fair time capsule video that she texts with Drake semi-regularly and has for a while. A little over a year ago, Millie Bobby Brown, then 14, used her Emmys red carpet interview with Access to gush over Drake, then 31, taking the time to text her “advice about boys.”

I love him. I met him in Australia and he’s honestly so fantastic. A great friend and a great role model. We text. We just texted each other the other day, and he was like ‘I miss you so much,’ and I was like ‘I miss you more!’ He’s coming to Atlanta, so I’m definitely going to go and see him. I’m so excited.

And, though reps later shot down the talk, Drake has also been linked via gossip to model Bella Harris, who thank God was 18 at the time. But in light of all that, you almost hope for a relationship with 22-year-old single mother Kylie Jenner.