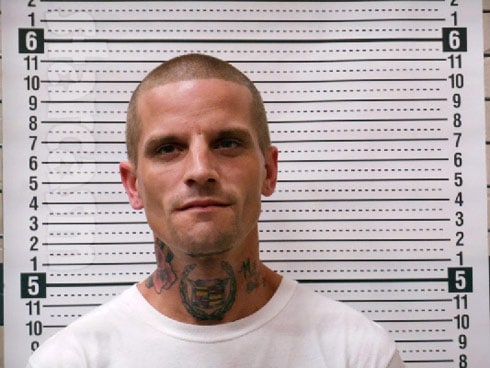 Jenelle Eason’s ex-husband Courtland Rogers was arrested for the fourth time this year in Brunswick County, North Carolina on Sunday. He has been charged with assault on a female and is being held on a $100,000 bond. He has a scheduled court date of September 26.

Details on Courtland’s latest arrest are sketchy, but according to online records, the offense and the arrest both took place on Sunday. The 32-year-old former reality star was officially booked at 4:24 PM.

Courtland and his current wife, Lindsey Rogers, have had some issues on social media recently — and Lindsey’s Twitter account is now deactivated.

UPDATE – TMZ spoke with the court magistrate who revealed that authorities found probable cause to believe that “Courtland had brutally attacked a woman named Lindsey Frazier on Sunday by allegedly slapping her, dragging her by the hair and pulling her hair out. The magistrate also says Frazier credibly alleged Courtland had threatened her and her family’s lives … and threw her phone against a wall to prevent her from calling 911.” Lindsey Frazier is his wife’s maiden name.

I should point out that Courtland has also been having very public issues with his less famous ex, and mother of his oldest daughter Jordan, Taylor Lewis. I’m not certain what is going on behind the scenes, but in addition to sharing deadbeat dad memes, Taylor posted at length on Facebook to clarify her age when Courtland got her pregnant as well — as a few other things: 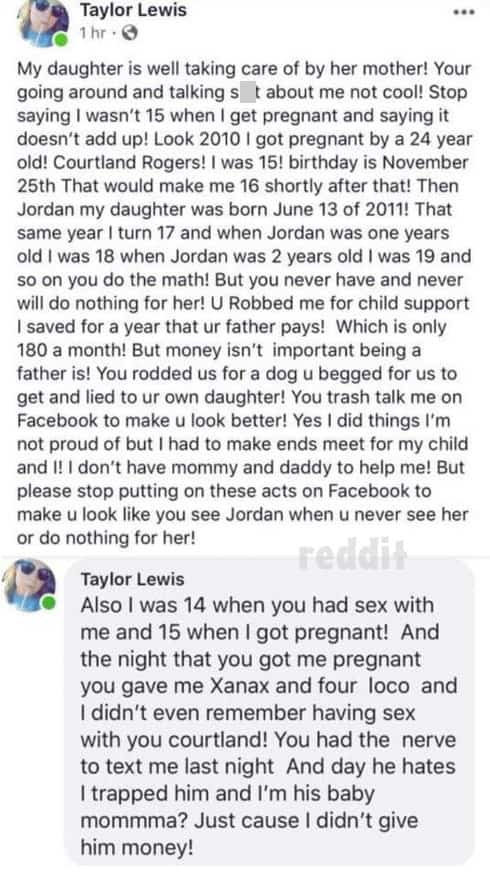 In case you missed it, Courtland recently became a father again when he and wife Lindsey welcomed their son Camryn in late March. Courtland narrowly missed Camryn’s birth as he was released from jail just one week prior after being arrested on a parole violation. He was back in jail the following month.

Here is a timeline of our articles documenting Courtland’s legal issues so far this year:

AUGUST 26 – Courtland Rogers arrested for assault on a female 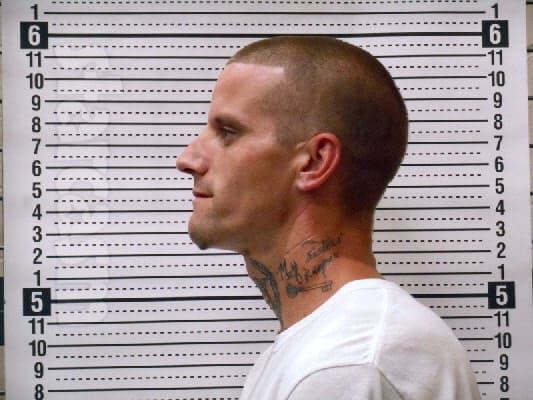 Leah Messer responds to ‘suicidal’ report; Corey NOT suing over trust fund, but money is missing