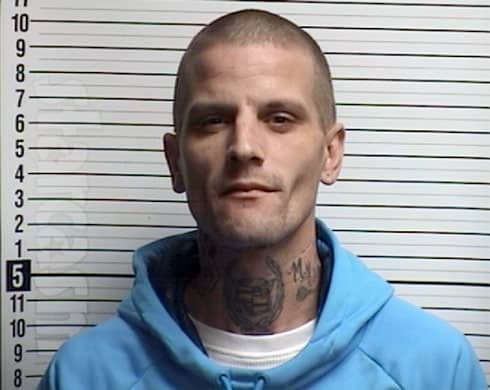 Jenelle Eason’s ex-husband Courtland Rogers is back behind bars yet again after he was arrested on Wednesday in North Carolina. His latest photo shoot for the Brunswick County Detention Center booking camera comes less than a month after the 32-year-old was arrested on a felony drug charge on February 22.

According to the BCDC website, Courtland was booked at 2:45PM on March 14 and charged with a parole violation and being a habitual felon. His entry on the jail’s website states that he has “no bond” for the parole violation charge, so it is unclear when he will able to get out. Hopefully it will be before his next scheduled court date on April 10 because his wife Lindsey is currently more than eight months pregnant with the couple’s son.

Based on what I know from blogging about celebrities being arrested for almost a decade, what is sounds like is that Courtland’s arrest late last month violated his probation and was more than likely the reason for his incarceration this week. And since the arrest was for a felony charge, that triggered the “habitual felon” charge, which means that a person is guilty of three felonies, excluding those “relating to the manufacture, possession, sale and kindred offenses involving intoxicating liquors.”

The habitual felon charge automatically applies as soon as Courtland is convicted of three or more felonies, and it will mean that his sentence will be for “a felony class level that is four classes higher than the principal felony for which [he] was convicted.” That sentence boost only goes as high as a Class C felony, however.

UPDATE – We reached out to Lindsey about Courtland’s arrest and she provided us with this statement:

I don’t want to say too much as of now…the whole situation is a misunderstanding and a lot more to the story than what people read online…in the end the truth will come out. We have hope that he will be home before our son is due. I love my husband and I know the facts and God is in control.

After his prior arrest, Courtland insisted that he is not using drugs again. One Twitter user asked him soon after his release: “How did you get out so quick?” Courtland responded by revealing, “I shouldn’t of even went in I haven’t done anything wrong it was a misunderstanding.”

And a couple more tweets from Courtland about his arrest:

TWEETER: Getting arrested isn’t doing it right. You can do better.

COURTLAND: No it’s not right that’s EXACTLY RIGHT!! But the truth is in the puddin … and that puddin sure is good !!! Believe me sometimes life throws things at u out of nowhere thank GOD that the truth will set u free ??

In response to someone accusing Courtland of using drugs again:

If i was using I wouldn’t be alive 2 lie 2 anyone clearly u forgot how hard I went on drugs! Being alive today to stand up to people like u is more than enough truth for me to prove anything Google where I live see what is happening to addicts in active addiction #NewHanoverCounty 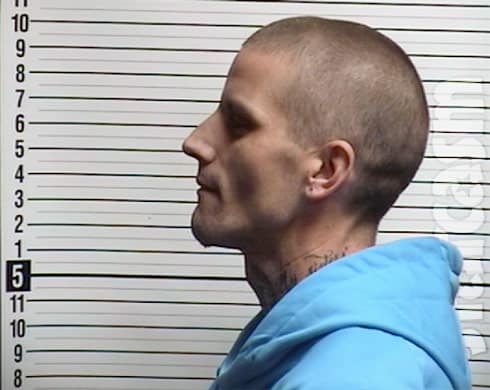 After his arrest yesterday, Courtland’s wife Lindsey posted this message on Twitter:

Let me just make one thing clear…I will block anyone who speaks negatively. Unless you are in my circle you have no value. Its not what everyone thinks but in the end you will see…I will not say much as of now because of lawyers but downing someone doesn’t make you any better…if you knew the truth. I love my husband and I have been there every step of the way and know the facts. I told him I could careless about twitter so I may not be on so much cuz I have to prepare for our special gift our son. You can hate or shame all you want. Everyone is entitled to opinions in our society but remember it could easily be your child,brother,sister…most of you have no real pic..hide behind someone you wish to be…no real confidence…sad very sad. I pray for all of you and God will take care of you…not my problem ??

Courtland’s last tweet, which came on the day of his arrest, was this touching photo in which he can be seen kissing Lindsey’s pregnant belly: