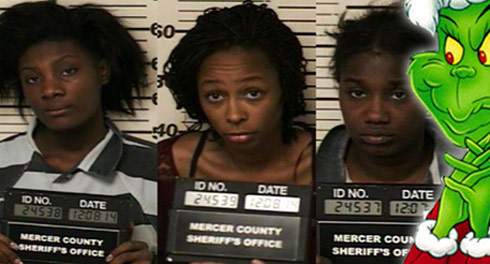 Three women were arrested on Sunday for stealing toys from a donation box for needy children outside of a Walmart in Aledo, Illinois.

The Aledo Jaycees stated that it was their “Toys for Needy Children Box” from which the items were allegedly taken. The president of the non-profit organization said that they annually provide Christmas gift toys to around 300 children in Mercer County.

All three women were charged with felony theft according to Aledo Police Chief Michael Sponsler.

All 3 women have been arrested previously for theft – according to court records.