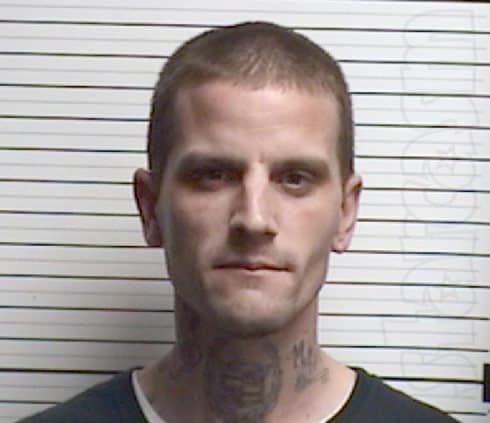 Jenelle Eason’s ex-husband Courtland Rogers has been back in the spotlight lately thanks to some on-screen Teen Mom OG drama after Farrah Abraham’s mother Debra Danielsen invited Courtland to her wedding. Courtland also appeared on Jenelle’s The Ex files Special on MTV, and he has been quite vocal condemning Jenelle’s current husband David Eason after David’s recent anti-LGBTQ comments on Twitter.

It seems Courtland is not well suited for the spotlight because he is once again behind bars in Brunswick County. According to online records, he is facing one felony count of possession of a schedule III controlled substance with the intent to manufacture, sell or deliver. He is also charged with a parole violation.

A Schedule III drug “Has  potential for abuse, but less than Schedule I or II substances. Has an accepted medical use. Abuse may lead to limited dependence.” Some examples of Schedule III drugs include anabolic steroids, ketamine, and some barbituates. A second offense carries a sentence of up to 24 months in prison. Of course, the parole violation may add additional time if Courtland is found guilty. 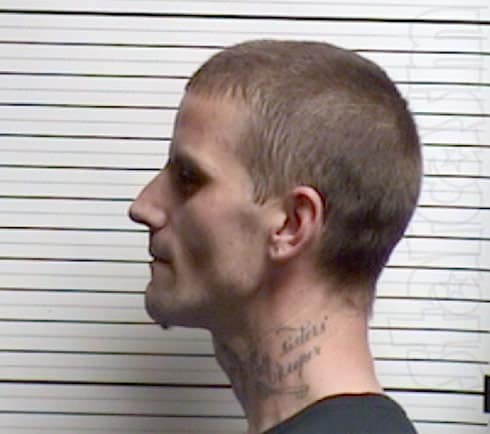 32-year-old Courtland was booked on Thursday just before noon and is still listed as being in custody as of the time of the post.

Courtland has been very vocal on Twitter about being a changed man, as he is just a few weeks away from welcoming a son with his current wife, Lindsey. He mentioned in a tweet on February 13 that he currently has a job working with other recovering addicts. “Workin in Sobriety is a great job to have,” he wrote, “getting to work with others that are just like me & get paid to do it?? PERFECT.” I am guessing that job may be in jeopardy after his current arrest. (It is important to point out that if Courtland is guilty of the charge, that doesn’t necessarily mean he is/was using again.)

Courtland really seemed to be enjoying the attention he’s been receiving, and he even went as far as to suggest that he should get his own “Being Courtland” special! “@MTV y’all are giving all these SECONDARY’S their own ‘Being _____’ show,” he tweeted last week, “I was wondering over here in North Carolina if maybe for once YALL WOULD SEE HOW MANY RATINGS YOU WOULD GET IF U DID ANY TYPE OF SHOW WITH ME ON IT.. for longer than 2 minutes I bet u it would BLOW UP ???”

Courtland’s wife Lindsey has been just as vocal defending Courtland on Twitter over the last few weeks. Both of their Twitter accounts have been silent since Saturday — the day before Courtland’s arrest.

If Courtland and Lindsey remain silent, then we should still find out a little more on Monday after Courtland’s scheduled court appearance.

Here are some of Courtland’s tweets from this month — you can read all of his responses to the anti-Courtland Farrah and Jenelle conspiracy here and here.

UPDATE – We reached out to Farrah to see if she wanted to offer a statement about Courtland’s arrest, but she is currently tied up in a whirlwind 9th birthday celebration with her daughter Sophia. We did speak with Farrah’s dad Michael Abraham, and he shared his reaction: “Here’s vindication for why Farrah was concerned about Sophia attending her grandmother’s wedding.”