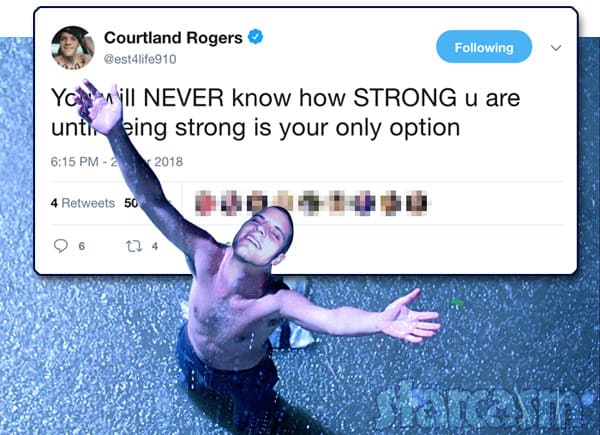 The ex husband of Teen Mom 2 star Jenelle Eason is breathing a huge sigh of relief as he was released from jail before the arrival of his son Cameron.

32-year-old Courtland was released on Thursday after being booked eight days earlier. Upon his release, Courtland took to Twitter and wrote: “You will NEVER know how STRONG u are until being strong is your only option.” He then showed off his new prison beard with a selfie: 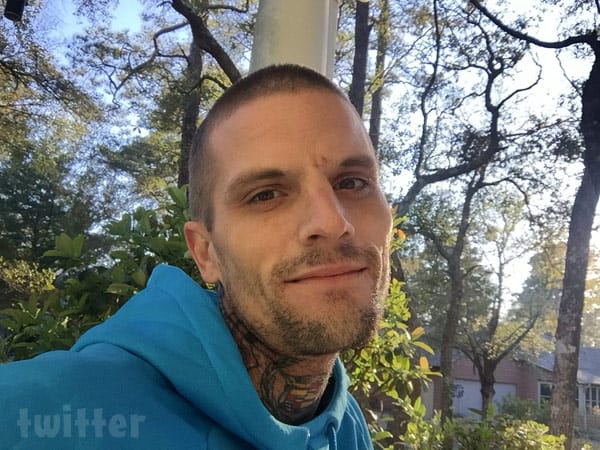 “The day the ? stood still …. first day out first 10 min out FIRST TIME WITH FACIAL HAIR ?” Courtland captioned the picture. “Now excuse me while I go spend time with my family … ❤️”

And speaking of Courtland’s family, his wife Lindsey is currently just over 39 weeks along with the couple’s first child together. “When i wake and see my 39 weeks and 4 days unborn sons little foot pushing out of my beautiful sleeping wife’s stomach ?❤️?❤️,” Courtland tweeted on Friday.

Courtland deals with his fair share of negativity on social media, but he seems better about focusing on the positive these days. One follower shared a supportive tweet, and Courtland retweeted and responded:

TWEETER: Please don’t let these mean tweets get to you. We all have our struggles. People can be sooo mean sitting behind keyboards. Just do what’s best for YOU and your family. Keep your head up. Your beautiful wife and precious baby need you❤️

COURTLAND: One day the world shall let me live a little ya kno?? ? but it’s what it is I’m still going to b a great father 2 Cameron Rogers as well as husband to my beautiful wife @GypsyLindz31 no matter what any1 of the “weird people on here” believe so it’s all good at the end of the day

I did some searching online and I couldn’t find anything on Courtland’s case, so I’m not sure what the status is. It still remains unclear just what happened that led to Courtland’s arrest back in February, which is what I believe was also the reason for his arrest last week.

Courtland’s wife Lindsey spoke with us after his most recent arrest, and after revealing that she can’t reveal too many specifics, she assured us that “the whole situation is a misunderstanding” and there is “a lot more to the story than what people read online.” She suggests we just need to be patient as she asserted: “In the end the truth will come out.”

We will continue to monitor Lindsey’s pregnancy and will be sure to update as soon as little Cameron arrives!