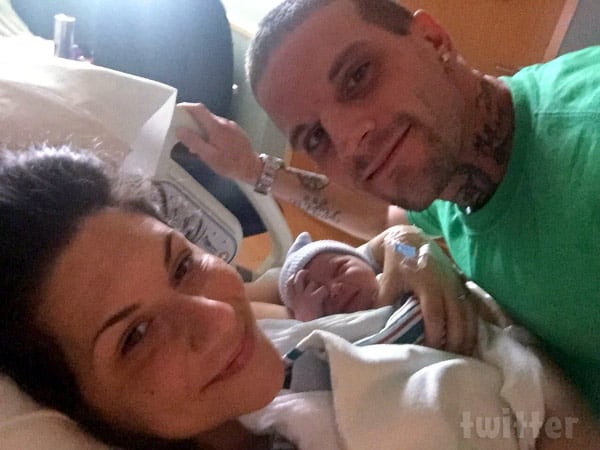 Courtland made the announcement on Twitter with the photo above as he proudly tweeted “My boy !!! Finally !!!” Courtland and Lindsey’s son’s full name is Camryn Kruze Rogers, and he officially arrived at 6:16pm.

Courtland teased that Camryn was coming with a couple of tweets on Thursday: 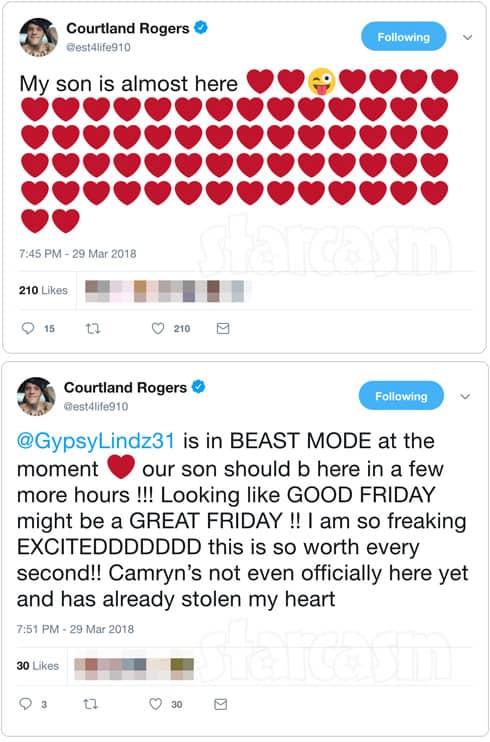 Congratulations to Courtland and Lindsey! The birth of their son comes a little more than two months after the two officially tied the knot in early January. Camryn should also get credit for not being impatient because Courtland was back behind bars until Thursday of last week, and was seriously concerned that he might miss out on the birth if Camryn arrived early.

(I should note that when Courtland referenced his son prior to these tweets that he used the more traditional “Cameron” spelling. I am guessing that “Camryn” is correct.)

Courtland also has an older daughter named Jordan (aka “Jaja”) with his ex Taylor Lewis. He revealed in October of 2015 that he was expecting a little girl with then-girlfriend Jess. She was due around New Year’s Day of 2016, but I do not know what happened.