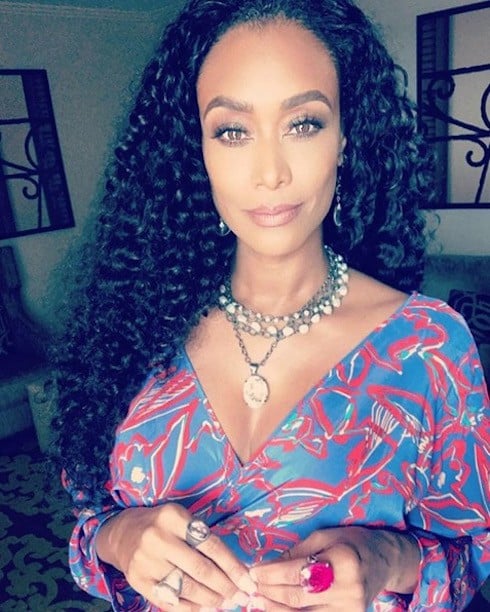 That said, it’s with genuine sadness that we bring you news of OG Tami Roman seriously considering the show ahead of Basketball Wives Season 7 filming, which is expected to begin in late 2017 or early 2018. According to The Blast, “producers are offering [Tami] another contract to come back,” but Tami instead “feels she’s outgrown her role on the show.”

And, in a maybe nit-picky but still relevant point, it was Tami who pointed out that she hasn’t actually been a Basketball Wife or even a Basketball Girlfriend since her 2001 divorce from Kenny Anderson. Since then, Tami’s settled into a loving relationship with Reggie Youngblood. (The pair are said to be still considering marriage, but are in no rush.)

The Blast’s report doesn’t say that Tami has definitely decided to quit ahead of Basketball Wives Season 7, just that she’s talking to other producers and weighing every option. The highest priority on Tami’s list is believed to be her own show, based on her increasingly popular “Bonnet Chronicles”–which have nearly 2 million followers on Instagram, most of them rabid as all what.

It turns out that Tami was with Mona yesterday, though she didn’t say so at the time. Her outfit is the same in the above and below posts, as is her seriously happy smile and infectious good vibes:

Kindness is so gangster! 2pc: @savannahdrummer

And, on that note, Mona recently re-shared one of Tami’s Bonnet Chronicles on Instagram–which is fueling speculation that she’s trying to turn them into their own show:

Honestly, we’re in favor of Tami getting her own show. It’s highly likely that Basketball Wives Season 7 will continue the show’s recent trend of emphasizing a boatload of newbies at the expense of the veteran cast members, which could mean less screen time for Tami. And, when she started throwing boss-level shade in the middle of Season 6’s drama, we went on record saying that she should get her own show and call it DGAF.