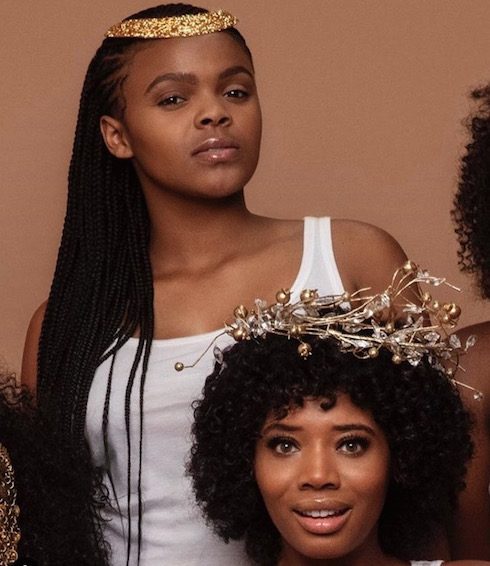 Filming for Love & Hip Hop New York Season 9 has officially wrapped. The show came to a somewhat bizarre and definitely dramatic conclusion with Safaree Samuels’ last-minute appearance at the reunion; click here for our full report on that situation. But the most unexpected and heartfelt storyline this season was without a doubt the bond between Yandy Smith and her foster daughter Infinity — so how are Yandy and Infinity doing now?

As we reported earlier this year, Yandy welcomed the sixteen-year-old Infinity into her home last summer, when Infinity ran away from her then-foster home over neglect concerns. The two have actually known each other for years; they met at an event sponsored by Yandy’s nonprofit mentorship program, and have stayed in touch since. Though Yandy wasn’t a certified foster parent when she took Infinity in, a judge has since given her permission to remain Infinity’s foster mom while gaining certification. And it’s likely (though not certain) that Yandy and Infinity will legally become mother and daughter this summer.

It probably won’t surprise you to learn that the bubbly and energetic Infinity is quite active on social media. Her Instagram following is fast approaching 100,000, and she just returned to YouTube to offer a lengthy de-briefing now that her first season on LHHNY has come to a close. Infinity started by offering apologies to her followers for not updating for several months, then dove into some of their questions and behind-the-scenes talk. We’ll recap the vid for you, after which you can check it out in full at the bottom of the article.

It sounds like the most frequent Yandy and Infinity question the teen gets is about her biological mother Lorraine: whether the two of them are on good terms, and if they still talk. Infinity said she and Lorraine do still communicate, though Infinity has to constantly check herself against Lorraine’s sometimes manipulative ways.

For example, Infinity explained that she was recently encouraged by Lorraine’s apologies and well-wishes via text. “She was just more like, ‘Yeah, I messed up as a mother, and I’m sorry I couldn’t be there for you,” Infinity said. She also shared that Lorraine said she wanted to see her daughter “prosper” by being on the show. Which Infinity at first thought was “dope” — before growing wary that her biological mother just wanted to get her own chance at the Love & Hip Hop spotlight.

As proof, Infinity also pointed out that Lorraine praised her daughter’s many positive attributes during her scene on LHHNY a few weeks back, before turning around and “lying” about Infinity sneaking out at night and being a troublemaker in general.

“Tell the whole story,” Infinity said to Lorraine in the video. “That might be your truth, but it’s not the truth.”

In more cheerful news, Infinity explained what her life is like now that she’s gone from “being poorly treated to straight lavish.”

“[Yandy]’s just so, like, helpful,” Infinity went on. “I’ve never had that before. She’s teaching me, ‘You have so much more to gain than to lose.’ It feels good to go from not havin’ nothin’ to actually having somethin’.”

After a quick lemonade break, Infinity continued to reflect on how things have changed for her. “I do live a good life,” Infiniti said. “I have so much fun with my family. Like, so much fun.” And then came a clip of the family dancing:

“I feel like I live a great life,” Infinity concluded. It’s pretty normal. And I just be havin’ fun. And I’m appreciative of it all. We just be havin’ so much fun….Just looking at these videos makes me smile-conscious, so happy, and so blessed to be a part of the Smith-Harris family.”

We should also point out that, while Yandy likely has as many as six months to go before she can adopt Infinity according to New York state law, she could be certified and approved well before that. So we’ll likely learn that Yandy and Infinity are officially mother and daughter before too much longer 🙂