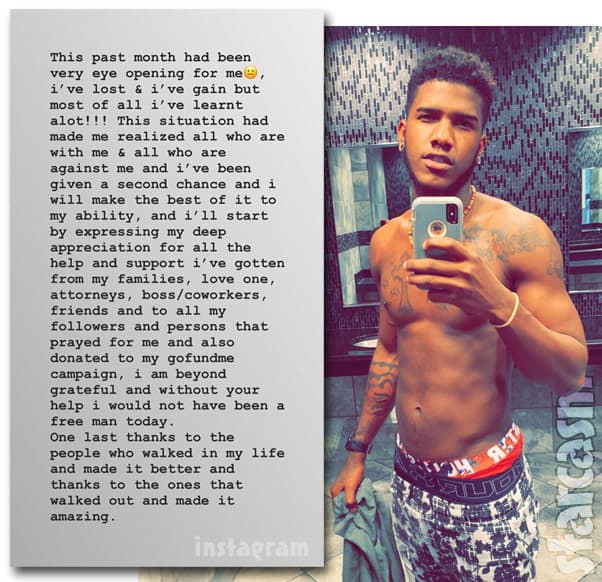 90 Day Fiance: Happily Ever After star Jay Smith was released from ICE custody on Wednesday after his tattoo shop boss bailed him out. Jay’s new boo Kayla O’Brien posted a video leaping into Jay’s arms right after he stepped out of a police SUV, but aside from a brief “IM FREE #LINKINBIO” post on Instagram, Jay has been uncharacteristically silent on social media after being freed.

That changed on Thursday when Jay shared a lengthy statement about his recent experiences being detained in which he abandoned his usual cocky arrogance and smugness to thank those who have supported him.

“This past month had been very eye opening for me?,” Jay begins his statement, posted on his Instagram story and feed. “I’ve lost & I’ve gain but most of all I’ve learnt ALOT!!! This situation had made me realized all who are with me & all who are against me and I’ve been given a second chance and I will make the best of it to my ability, and I’ll start by expressing my deep appreciation for all the help and support I’ve gotten from my FAMILIES, LOVE ONE, ATTORNEYS, BOSS/COWORKERS, FRIENDS and to all my FOLLOWERS and PERSONS that PRAYED for me and also donated to my GOFUNDME campaign, I am beyond grateful and without your help i would not have been a free man today.”

Of course, Jay couldn’t resist throwing a little bit of shade towards his ex Ashley, although he did it with smooth subtlety. “One last thanks to the people who walked in my life and made it better and thanks to the ones that walked out and made it AMAZING,” he wrote.

Jay’s comment about recognizing those “who are with me & all who are against me” seemed to be a reference to his co-star Larissa dos Santos Lima’s infamous quote, and Larissa responded in the comments section of Jay’s post with a humorous show of support. “Who’s against the king will die,” she wrote.

Jay saw Larissa’s comment and replied: “lol hahhaha has you made my day ???”

Larissa’s boyfriend Eric was also #TeamJay with his comment: “@jay_smith_ja I hope you’re enjoying the fresh air and I’m glad to see you’re out safe and sound ??”

Jay and Larissa being chummy is quite the turnaround from late last year! Jay lashed out at Larissa on Instagram after she blocked him and Ashley in the wake of news breaking that Larissa has children back in Brazil. “I guess after seeing us with Ashley’s kids non stop she couldn’t handle the fact she can’t even take care of hers,” Jay wrote after being blocked by Larissa. “Poor excuse of a woman,” he added, before concluding with the unfortunately prophetic declaration: “I hope your ass gets deported with your domestic violence stupideeee ass!”

Meanwhile, Jay’s ex Ashley Martson Smith responded to Jay’s release on Instagram during a Q&A with her followers. “Are you happy Jay is free?” asked on follower, before continuing: “As a woman how do you feel seeing him with another woman?”

Another follower apparently viewed Ashley as an expert on handling divorce and asked for advice. “Just move on,” Ashley said. “Don’t trash their name or post evidence as to why their [sic] a pos. Just move on and don’t be messy it’s not a good look ? Success and genuine happiness is truly the best revenge!”

Thanks for the advice Ashley!

After posting his contrite and appreciative statement, Jay got right back to being brash and cocky as he posted a video with the Alkaline song “Mirage” using one of his trademark double middle finger photos: 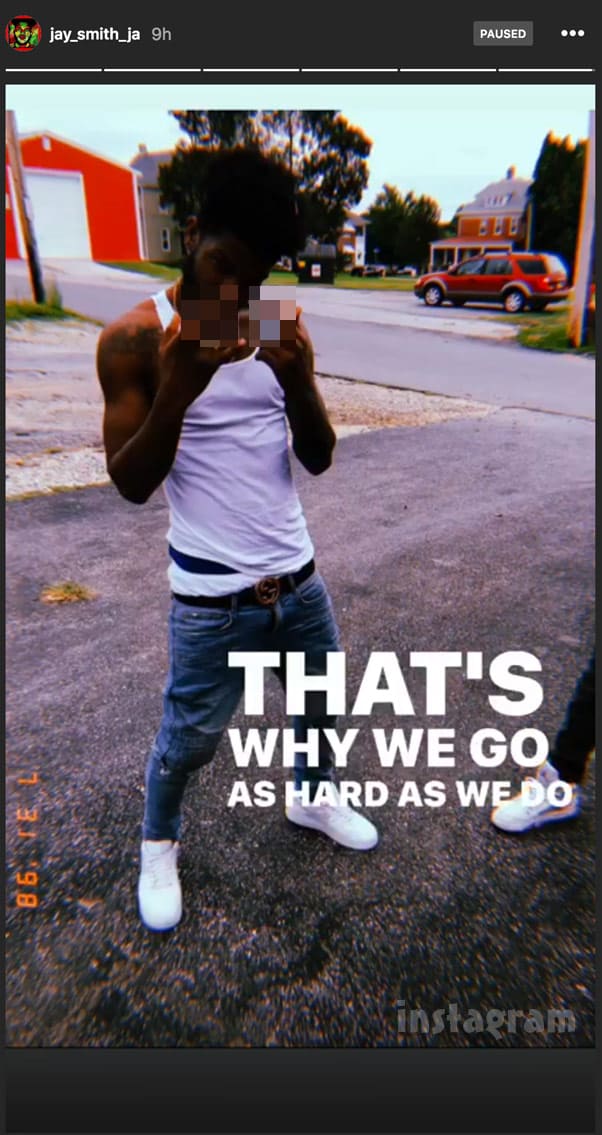 Since that seems to be his signature hand gesture, perhaps we should just start calling them the “Jaybirds?”

It’s still unclear what the timeline will be for Jay’s deportation, which most folks assume is inevitable given that he is getting divorced without ever receiving his green card. Of course, it was assumed that fellow 90 Day Fiance: Happily Ever After star Luis Mendez would eventually get deported, but he’s still happily married to another woman and living in New Jersey. ?‍♀️