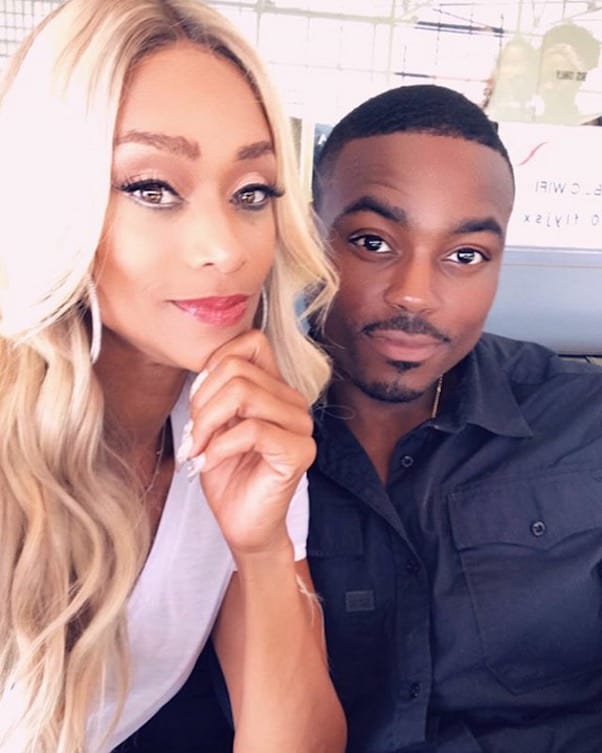 It’s been a long time coming, but we’ve finally have confirmation that Tami Roman and Reggie Youngblood got married! The Basketball Wives stars and longtime couple have gotten hitched — and actually jumped the broom in secret a year ago!

The Blast was first on the scene with the news. Per their report, recently unveiled court records show that Tami, 49, and Reggie, 32, “obtained a marriage license on August 17, 2018.” The pair didn’t waste any time before putting the license to use: a marriage certificate proving that Tami Roman and Reggie Youngblood got married was issued the very same day.

Neither Tami nor Reggie have yet to comment publicly on their marriage reveal. However, Tami actually did offer what in retrospect looks like a semi-cryptic on the day of her wedding. “A shadow is birthed from the womb of light,” she wrote on Instagram, adding the hashtag “#ShineOn”:

A shadow is birthed from the womb of light #ShineOn Fit: @fashionnova #fashionnova

We first reported on gossip about the pair’s alleged potential nuptials back during Basketball Wives Season 5. At the time, the couple confirmed that they already felt married “in spirit,” and getting the deed down on paper wasn’t a high priority.

“The Word [of God] has no specifics on marriage,” Tami explained at the time. “What I mean by that is there is nothing in the word that says two people need to be legally married for there to be a covenant between them and God and share a union….[We have] made a conscious decision to live as a married unit.”

One other thing Tami and Reggie made a conscious decision about: having a ton of sex. Around the same time, she said that despite suffering three miscarriages since getting together with Reggie — or maybe in spite of them — the two of them had sex so often that two or three times in a day was “a slow day” for them.

Their dedication to each other seems to be working 😉 Congratulations to Tami and Reggie! We’ll be able to catch back up with them (and maybe even see the reaction to their wedding, if not the ceremony itself) when Basketball Wives drops its Season 8 premiere on Wednesday, June 19.

PHOTOS Did My 600 Lb Life’s Renee Biran have a hospital wedding with an Elvis impersonator officiant?