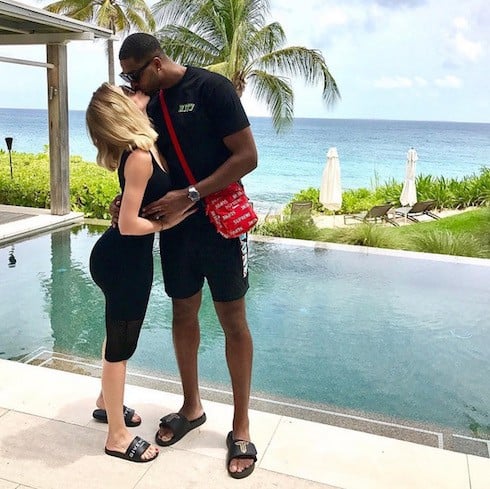 It’s been over a month since we got unofficial word that Khloe Kardashian is pregnant, and the Keeping Up With The Kardashians star has kept coy about the news ever since. In fact, Khloe has yet to officially confirm that she actually, really, honestly is with child (despite literally every tabloid, reputable and not, reporting that she is), and that yearlong boyfriend Tristan Thompson is her legit, hand-on-heart, other-hand-on-the-Bible baby daddy (which he definitely is).

So it was something of a surprise to see Khloe Kardashian drop the “d” word while at a Halloween party with Tristan this weekend. But the 33-year-old, who as far as we know still plans to induce labor during the NBA All-Star Game specifically because Tristan will have that week off, did exactly that while dancing the night away at a bash put on by the Cleveland Cavaliers.

Here’s Khloe and Tristan in costume as Daenerys and Khal from Game of Thrones and letting loose on the dance floor:

Tristan’s dancing skills–or lack thereof–are getting roasted low and slow on social media. But they couldn’t keep the couple from winning the night’s costume contest:

As for more clearly defined Khloe Kardashian baby bump pics? We’ve gotten a closer look since Khloe made headlines by accidentally revealing a little more curve than she intended with an Instagram promo a few weeks back. Here’s a pair of shots of Khloe exiting Bloomingdale’s in New York City this past Saturday (which was also the same day as the Cavs’ Halloween soiree). Turns out, it’s much easier to see detail in daylight: 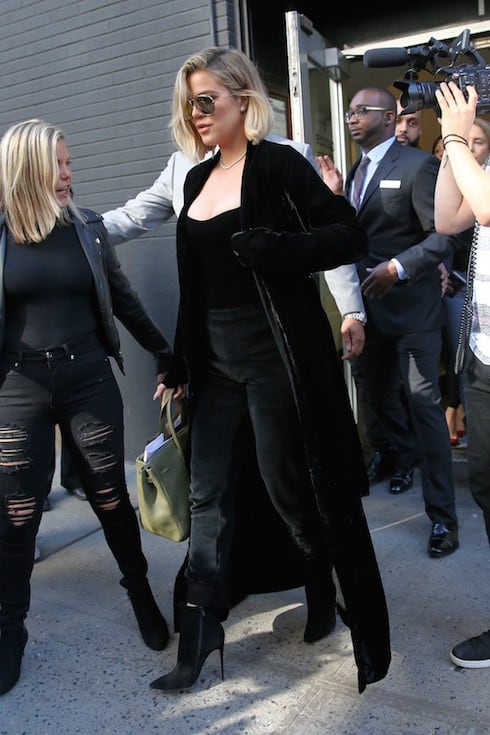 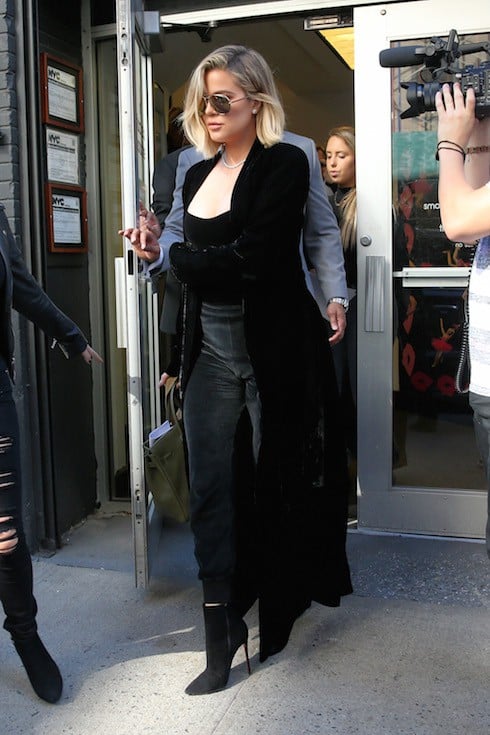 Despite the lack of official word on the Khloe Kardashian pregnancy, no counter-narrative about her due date has emerged–which would suggest that she’s still on track for a mid-February birth. If that is indeed the case, then Khloe is around five months pregnant with her first child–which, as People recently reported, is believed to be a boy.