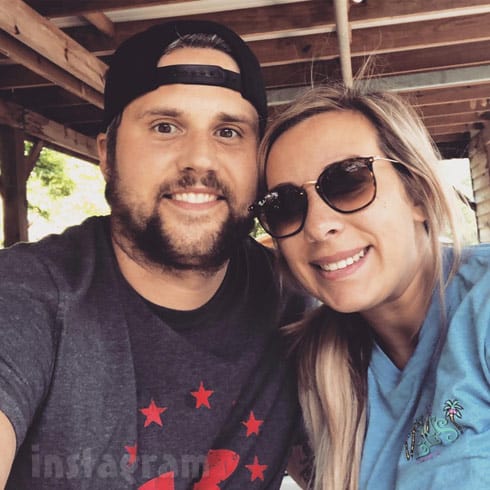 Teen Mom OG dad Ryan Edwards was arrested on July 23 in his hometown of Red Bank, Tennessee. Information about the arrest has been minimal, and media outlets have been filling in the blanks with reports that have caused some confusion and erroneous assumptions among fans. This post is an attempt to provide some clarification as to exactly what happened, and what the consequences are for Ryan.

Ryan was arrested and booked into the Hamilton County Jail on July 23. He was reportedly charged with “possession of controlled substance,” which led many to believe that Ryan had been caught in possession of drugs again. That is not the case.

The possession of a controlled substance was his previous charge stemming from his 2017 arrest. The reason that was listed as the charge for his most recent arrest is because Ryan violated his probation from that conviction. More on that in a minute.

Soon after Ryan’s arrest, it was widely circulated that he was facing up to two-and-a-half years behind bars. That information originated with a Hollywood Life article in which they interviewed Nashville criminal defense attorney Ben Raybin to get some insight into Ryan’s case. Mr. Raybin’s statement that Ryan was facing up to two-and-a-half years behind bars was based on the assumption that he had been caught in possession of drugs again, not that he had simply violated his probation on a previous charge. Mr. Raybin was completely correct in his assessment, but the information he had been given to work with turned out to be inaccurate.

After we broke the news that Ryan had been released from jail earlier than expected, Radar Online followed up with an article titled “Free Man! Ryan Edwards Out Of Jail, Sentenced For Heroin-Related Charges.” A Hamilton County Jail spokesperson told the site that “The first count of simple possession of heroin – petition to revoke has been dismissed,” before adding: “For the second count of possession of heroin – petition to revoke, he was given 11 months and 29 days suspended sentence.” In addition, Ryan was required to complete six months of probation and five public work days.

It’s easy to see, given the title of the article and how the information was presented, why numerous readers thought that Ryan had received a new sentence. But, that was not the case. The sentence described by the spokesperson was merely the suspended sentence Ryan received from his previous conviction.

Thankfully, Ryan Edwards himself recently spoke with E! News and provided more information that seems to fill in most all of the blanks. He reveals that he received a speeding ticket on July 23, the same day that he was arrested. “It came up that I was in violation of my probation because the community service had not been completed,” he says. “I didn’t do all of it. I went to jail for not doing all of my community service. It’s not that I wasn’t taking the community service seriously, it’s just that we have so much going on, I didn’t realize the deadline had passed. It was just a misunderstanding. I thought I had more time.”

Ryan makes it a point to clarify exactly what we stated above: that his most recent arrest had nothing to do with any new drug-related incident. “It was the fact that I got pulled over and had not completed my community service. The only drug related charge was the original one from two years ago, from before I went to rehab. There is nothing new that is drug-related.”

Ryan reveals that he is facing an additional six months of probation due to his error. “I take full accountability. I messed up, but I’ve had a chance to get organized and fix the situation.”

It’s important to note that Ryan spent more than a week in jail. I have seen numerous comments online expressing outrage over Ryan “getting off easy,” but being behind bars for more than a week seems to me like more than ample punishment for not completing your community service. And it was not a pleasant experience for Ryan, to say the least. “Jail was slow,” he says. “The days were long. It was really hard to be away from my family. Without a doubt it was a learning experience.”

In what I assume is an unrelated bit of information, Ryan reveals that he is also recovering from a broken ankle after “he tripped over the family dog.”

In summary, Ryan misjudged the deadline for completing his community service requirement from his conviction stemming from a heroin possession arrest in 2017. As a result, he spent more than a week in jail and is facing an additional six months of probation. That’s it.

Meanwhile, Ryan’s ex Maci McKinney recently appeared on Kail Lowry’s Coffee Convos podcast and shared some of her reactions to Ryan’s arrest publicly for the first time. Maci says that she knew why Ryan had been arrested, but otherwise she doesn’t have any idea what Bentley’s dad is up to due to the mutual restraining orders in place between the two.

“I’ll be honest, I have no idea what state he’s in because he’s not allowed to be around any of us. He can’t just be in the same location as me and the family,” Maci points out, according to a recap from US Weekly. “So I have no idea. He’s not allowed to contact us or anything like that. But I mean, he did get arrested, I don’t know … I mean, I do know why, but I don’t want to say.”

Maci went on to say that she is still concerned about the potential harm Ryan poses to himself and others, and that the worry was certainly lessened during the week that he was incarcerated. “I feel better that he is in jail because I know he’s safe there, if that makes sense,” she admits. “I know he’s not driving around. He’s not doing something that could potentially hurt him or an innocent person. So it sucks, crappy situation for everyone.” 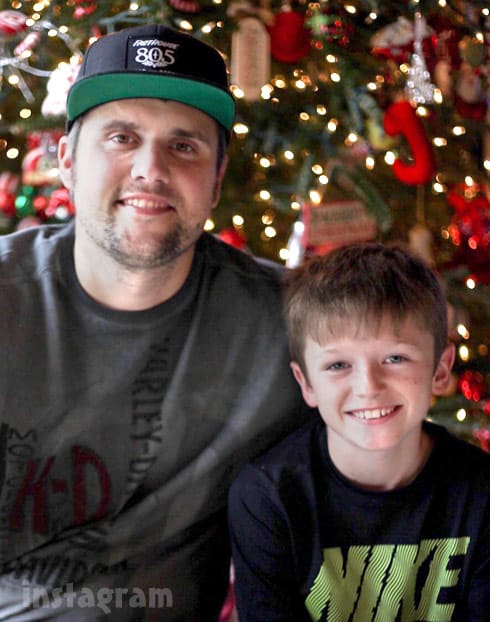 Maci also said that she continues to work with Ryan’s parents Jen and Larry to make sure than Bentley gets to continue to spend time with them. “We’re not always going to get along or agree with each other, but the four us do a really good job of making sure that everything is good for Bentley and that Bentley still gets to spend time with them, and in that aspect everything is normal for Bentley because, again, that is what he’s used to, is being able to see Jen and Larry.”

In case you missed it, Ryan’s recent legal troubles will not be featured on the upcoming season of Teen Mom OG after Maci reportedly took a stand and refused to film unless Ryan was excluded from the show. She expressed concerns over Bentley having to watch his dad’s addiction issues play out on national television, and MTV reportedly eventually agreed to Maci’s demands.