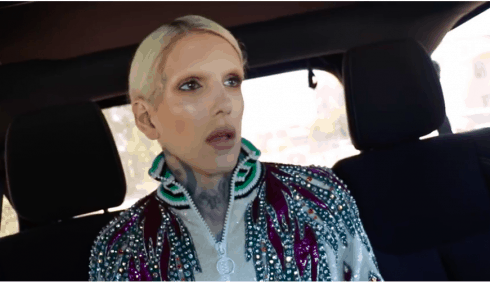 Shane Dawson has produced a YouTube documentary series about YouTube beauty maven Jeffree Star and the final episode, which dropped today, uncovered raw and painful truths about Jeffree’s past while visiting his old apartment.

While sitting in the bedroom of Jeffree’s old apartment, Shane asked Jeffree about the constant heat he gets about being racist. Jeffree addressed this issue a year ago in a video dedicated to the topic.

Jeffree tells Shane that the video that upset everyone was from a decade ago and was a comedy collaboration between himself and a drag queen who would put on a lot of different personas about different races. In this particular skit, Jeffree jokes about throwing acid on a woman to lighten her skin because she doesn’t pick out the right color of foundation for her skin. He says he was trying to be funny, but recognizes that the joke was was in poor taste and he would never do that again. He also brings up footage of himself yelling out insults on the streets back to people who call him names.

“I was in such a dark place that I would lash out at people. Not lashing out at women of color, just lashing out at anyone talking shit to me.” Shane Dawson has also faced his own racist allegations over incentive characters and they both agree that they would never do these types of characters again. 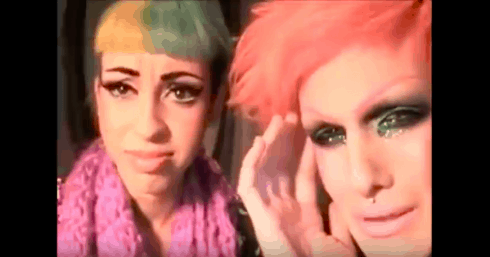 Although the apartment they visit is a far cry from Jeffree’s current luxurious dream mansion, Shane points out that it’s actually pretty nice. It’s not really the past life in the apartment that he’s try to delve into – he wants to know more about Jeffree’s past.

Jefree says he purposely doesn’t open up about his childhood and past because he feels like he has built a whole new life and it’s like his old self, Jeffrey Lynn Steininger, “was never there.”

Shane notes that he “killed that person off,” and  Jeffree agrees that he did just that. He legally changed his name, he tattooed his whole body to hide his cutting scars. One of those tattoos, however, is of Jeffrey Lynn, the boy he used to be.

“Oh my God, Jeffree! WTF?” Shane exclaims when he sees the tattoo, which is also on top of some of Jeffree’s deepest scars. He never went to the hospital. Jeffree also revealed he had about 5,000 scars on his legs. “I’ve never showed anyone this before, this is very weird for me,” he says.

He says the cutting was a coping mechanism for him in high school because he didn’t feel anything. “I was just floating, I didn’t know how to articulate my thoughts and my feelings so I just help everything in. I was my own cutting board.”

Jeffree says he’s never opened up about this before because he’s scared of people using it again him because people will find anything negative to attack him about. Jeffree’s father killed himself, and he’s had people use his father’s suicide against him – telling him that he father never loved him and that’s why he’s a gay man who’s into makeup.