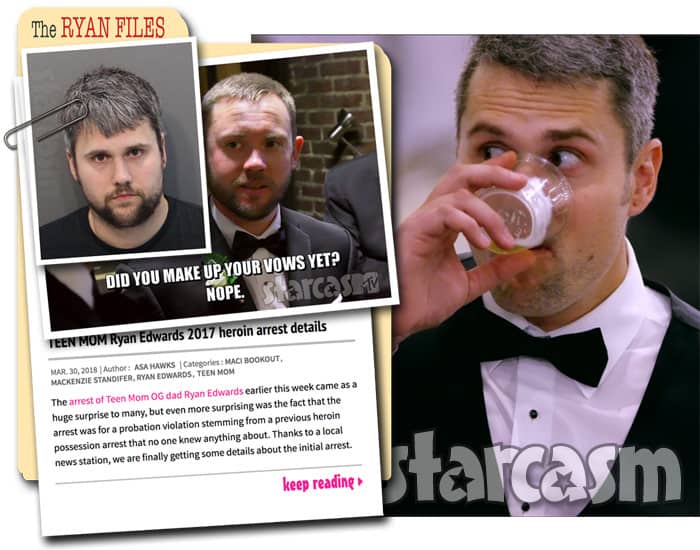 In the wake of Teen Mom OG dad Ryan Edwards’ arrest last week for a probation violation, we are still trying to find out more about his initial arrest for heroin possession in 2017. Amazingly, that incident somehow managed to remain under the radar for more than a year, and there doesn’t appear to be any publicly accessible record of it through online court searches. But we now have more information that helps explain what happened, including one theory that links Ryan to the judge in the small town in which he was charged!

As we reported yesterday, Chattanooga’s WRCB was able to get the arrest report from the initial incident. “A police report says Edwards officers found needles and 1.8 grams of heroin in an open backpack during a traffic stop in Red Bank,” the station reported.

The Ashley’s Reality Roundup has since found out some additional information about the arrest, as well as what happened after, which helps explain why the media was never aware. Her source reveals that Ryan was merely cited for the initial 2017 arrest, and not arrested and booked at that time. “The officers took the heroin and needles, disposed of them and let him go,” her source says. “He was given a court date of April 10, 2017. There was no mug shot of him taken.”

Apparently, in a situation like this, the person would officially be booked (with a mug shot, etc.) on the date of the court hearing, but this did not happen in Ryan’s case. It is still unclear why that is. (More on that in a minute.) 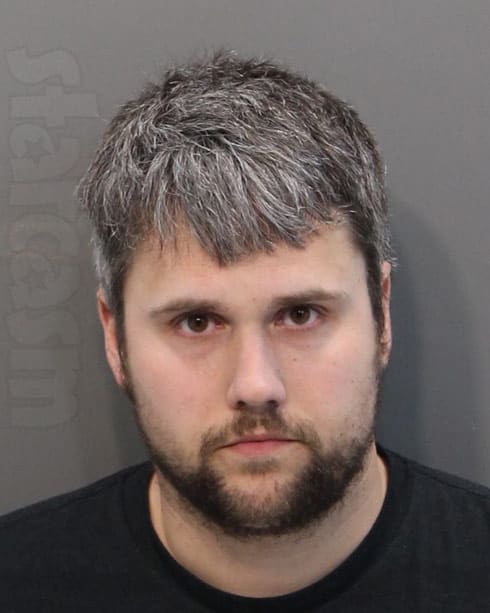 Ryan was given one year of probation. I’m guessing that a stay in rehab was also part of the deal, as Ryan checked himself into a rehabilitation facility in Texas five weeks later.

The Ashley’s source goes on to reveal that Ryan’s most recent arrest may have been because of a misunderstanding on his part. The source says Ryan believed his case had been expunged because it had been more than one year since his initial arrest on March 12, 2017, so he did not go to his usual scheduled drug screening, and that is what triggered the probation violation.

I’m a little unclear on the talk about expunging Ryan’s record — it would seem to make more sense to me that Ryan merely assumed that he was sentenced to one year of probation, and it had been more than one year since his arrest, so he was no longer on probation. My guess is that the confusion was because his year of probation didn’t actually begin until his sentencing in April, and he still had a month to go when he missed his scheduled drug test earlier this month?

Regardless, there is now good reason to believe that Ryan’s most recent arrest was not due to him using again, and was merely a misunderstanding. As The Ashley points out, if he was using again, then that would probably have led to an additional charge instead of merely being booked for a probation violation — which sounds in line with missing a drug test.

OK, so how is it that all of this was able to remain under the radar — even after Ryan’s scheduled court appearance in April? The Grace Report on Youtube (full video below) has introduced an interesting theory, backed with her usual wallet full of receipts!

Grace reveals that Ryan has a close friend, also named Ryan, since high school. That Ryan’s dad, Johnny Houston, is The City Judge of Red Bank, Tennessee, where Ryan was charged.

You will probably remember Ryan Houston from the pre-wedding scenes in which Ryan Edwards’ groomsmen (including Ryan Houston) cannot believe that he hasn’t written his vows yet and he plans to just make them up on the spot. Here is a screen cap just before the ceremony with both Ryans: 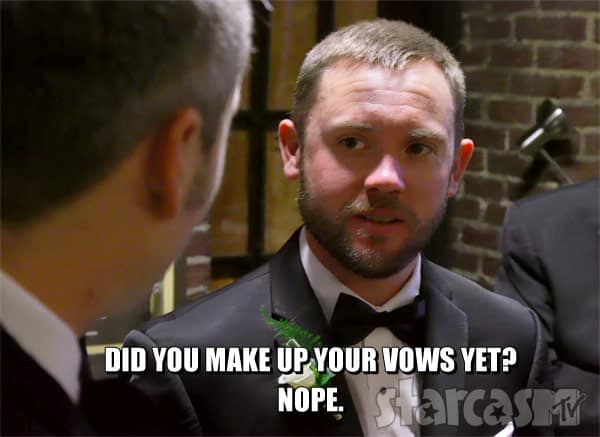 I re-watched the episode in hopes of spotting Johnny Houston at Ryan and Mackenzie’s wedding, but I had no luck. It doesn’t mean he wasn’t there, but I didn’t see him in the episode.

“Is that a conflict of interest if he is indeed the judge presiding over this case?” Grace asks in her video, after revealing Ryan’s connection to Judge Houston. “I personally would believe so because, you know, according to some lawyers I know, they can’t try cases where they are friends with, like, people involved, or they know the people involved, or they know any details prior to it,” she adds.

Judge Houston is also an attorney with the Houston and Alexander Law Firm, which consists of Johnny Houston and another attorney who both specialize in criminal defense including:

I have no idea if there is any sort of conflict of interest in this situation, but given that list of specialties, I couldn’t imagine a better attorney for Ryan! If there was anyone out there that would understand how to legally keep a case like Ryan’s under the radar, it would be an attorney who handles “Drug Charges,” “Expungements & Probation Violations” and “Helping Tennessee College Students Maintain Clean Criminal Records.”

Despite the likely possibility that Ryan’s recent arrest wasn’t due to a relapse, Ryan is still dealing with some tough issues this week as his ex Maci McKinney has filed for a protective order against him that includes his son Bentley as well as Maci’s other children Jayde and Maverick.

Plus, Ryan is caught up in another Tinder scandal with new reports indicating that Mackenzie has left town without him.

Here’s the full video from The Grace Report: