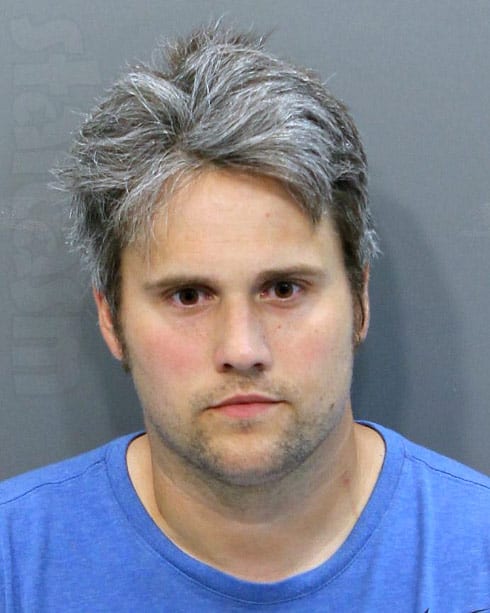 Teen Mom OG dad Ryan Edwards was back behind bars in his hometown in Tennessee earlier today. The 30-year-old was booked by the Hamilton County Sheriff’s Officer, and he posed for the mug shot photo above.

The reasons for Ryan’s most recent booking are unclear at this point. Online records merely indicate that Ryan was “Booked on Previous Charge or Other Reason.” The Ashley’s Reality Roundup broke the news of Ryan’s arrest moments ago, and she “was told by the Inmate Information System that Ryan’s charge was listed as ‘possession of controlled substance.’”

If you combine those two bits of information, then it sounds as though Ryan was back behind bars for something stemming from his previous legal issues and 2017 heroin arrest. I’m sure we will know more soon, and I don’t want to speculate too much without having more facts.

Ryan has a court date scheduled for August 6.

UPDATE – The Hamilton County Sheriff’s Office has issued a statement in regards to Ryan’s arrest. Click the link for more info.

Ryan’s most recent booking comes just days after it was announced that he and pregnant wife Mackenzie Edwards would not be returning for the next season of Teen Mom OG. Ryan and Mackenzie have since confirmed the reports of their departure, and they have also confirmed that it was Ryan’s ex Maci McKinney who forced MTV’s hand in the decision.

“Maci’s said she’s not going to film unless I enter rehab again and quit the show,” Ryan told E! News on Friday. “But I’m sober,” he insisted.

“We’re not returning to Teen Mom this season,” Mackenzie tells E! News. “The network told us they don’t want to show Ryan as a recovering addict.” Mackenzie and Ryan reveal that MTV will continue to film his son Bentley as well as Ryan’s parents Jen and Larry. Mackenzie also claims that the network wanted to include their son when he is born, but only in scenes with Jen and Larry.

“They did want to enter a contract with our unborn baby and have the baby film with Ryan’s parents so it would look like someone else is raising it,” a frustrated Mackenzie says. “They didn’t want to see another recovering addict storyline. So they’re writing us out of the show right now and making it seem like we dipped out on our baby, on Bentley and on everyone. And that’s just not the case.”

Both Mackenzie and Ryan recently returned to social media after a lengthy hiatus dating back to Ryan’s previous arrest in March. It has been reported that it is the couple’s hopes that they will be able to capitalize on their fame and be able to generate revenue via social media to help make up for the lost income from appearing on Teen Mom OG.

Neither Mackenzie nor Ryan have posted online today. My guess is that we will be seeing an “exclusive” interview with or statement from Mackenzie on a major tabloid site soon. We will update as soon as we know more.