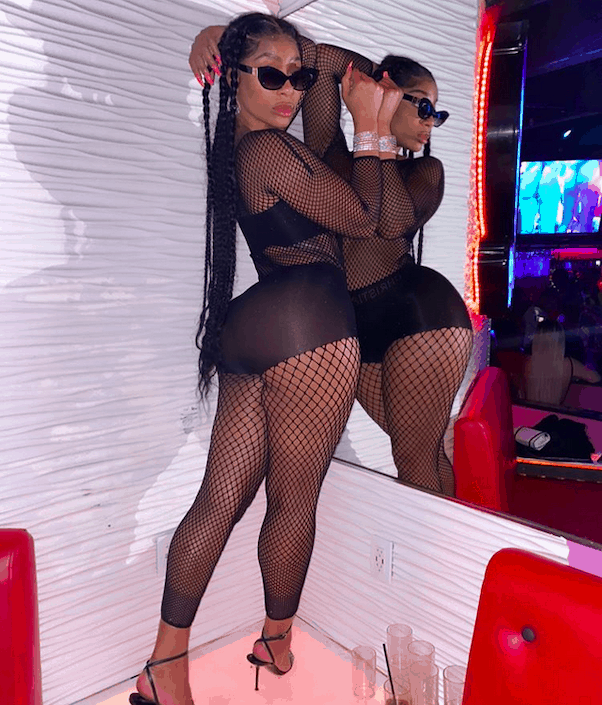 So this would be a match made…somewhere. According to a tantalizingly vague new report, Rob Kardashian and Tommie — formerly of Love & Hip Hop Atlanta; currently best-known for her child abuse case and dozens of mug shots — are maybe dating on the DL. Is it true? Is it worth our attention? Let’s find out!

The possible pairing of Rob Kardashian and Tommie was first mentioned by The Jasmine Brand. The site did up an entire article on the alleged relationship, but only ever said that the two are “allegedly dating.” And…that’s it. There’s no anonymous quote, no insider gossip, no details about how the two met or how they’re keeping things slow right now. So, for now, that’s all anyone knows.

And before I go any further, let me say that that’s no shade against TJB. I actually really like the fact that they put up an entire article that says nothing more than the headline. It’s no secret that a huge percentage of gossip articles are a teensy little grain of legit gossip, surrounded by tons of speculation and restatement and hyperlinks to other semi-relevant articles about the subjects.

For example, this is where I need to remind you that Tommie was fired from LHHATL early last year, and that she faced 50 years in prison in her child abuse trial. On that note, I also need to tell you that a Rob Kardashian and Tommie pairing would not be Rob’s first involving the Love & Hip Hop franchise. He was with former LHHH cast member Alexis Skyy for most of last year, after Alexis and Rob’s baby mama Blac Chyna threw down in the club in a fight over the rights to his sock empire seed.

In sum, then, respect to TJB for throwing the formula to the wind and exposing the thin veneer of rumor for what it is. I for one hope this turns out to be true, if only for a few weeks. Both Rob Kardashian and Tommie are actually pretty passive people, in terms of their public presentation. Tommie never shares much of substance unless she’s got a product to push, and Rob never really shares anything at all (especially now that his reactivated Instagram account is openly managed by the family communications shop). I’m betting that their relationship would be more reliant than most celebrities’ upon tabloid leaks and speculation.

VIDEO – What does David Letterman think of the Leno-Conan NBC television debacle?