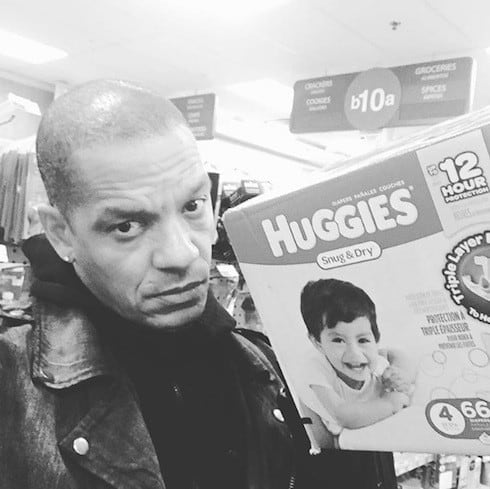 Are Peter Gunz and Amina still together? The two LHHNY stars have lived on separate coasts for more than a year, and continue to be almost entirely absent from each others’ social media feeds. More tellingly, Peter has returned for Creep Squad doins on Love & Hip Hop‘s current season, but neither Amina nor Tara Wallace are anywhere to be found. Rumors continue to fly about the couple, despite the news that Tara might, possibly, again be pregnant with another of Peter’s children once more, maybe.

We do know that Tara and Amina are on good enough terms with Peter to share birthday well-wishes for him on Instagram. Tara recently did so with a sweet photo of Peter and the three children they share:

HAPPY BIRTHDAY @petergunz174! U gave me 3 great gifts and u r so great to them. #Diad #pappagat

Amina then followed suit with a similar photo and message. It was one of the few times she’d shared a picture of Peter since the pair began their trial separation last spring:

Amina, meanwhile, has been on a roll of her own of late. Her first book, a memoir entitled The Other Woman, has just been released. The publication has been called “painfully honest” and appears to be generating a fair bit of buzz, as evidenced by a successful signing Amina just hosted in Brooklyn:

Thanks to everyone who showed up today I love you guys ❤️? Thanks to my publishing company @13thandjoan My hair and MU artist @thesebastianeffect ,my stylist @looksbylunden my liquor of choice @sweetbitchwines and @bklyncommons

Of particular note for LHHNY fans, however, is the fact that Amina is still going by Pankey, the name she shares with Peter, on social media as well as for her author credit. While Amina Pankey is her legal name, she’s at least as well-known as Amina Buddafly; the fact that she stuck with her married name for the duration of a tumultuous 2016 signals to some Love & Hip Hop fans that Amina and Peter will be together for at least the foreseeable future, even if Amina continues to avoid VH1’s cameras.

Finally, a persistent rumor from the end of 2016 suggested that Amina and Peter would appear together on the next season of Marriage Boot Camp. Though PreMadonna and Buck Thomas from Love & Hip Hop Atlanta are featured on that show’s current season, Amina and Peter are nowhere to be found–meaning the question of whether they’re still together hinges on whether you believe a second reality show could have repaired any of the damage done in part by the first.

PHOTOS How many kids and baby mamas does Peter Gunz have? Complete list+ photo gallery for LHHNY star

(Photo credits: Are Peter Gunz and Amina still together via Instagram)