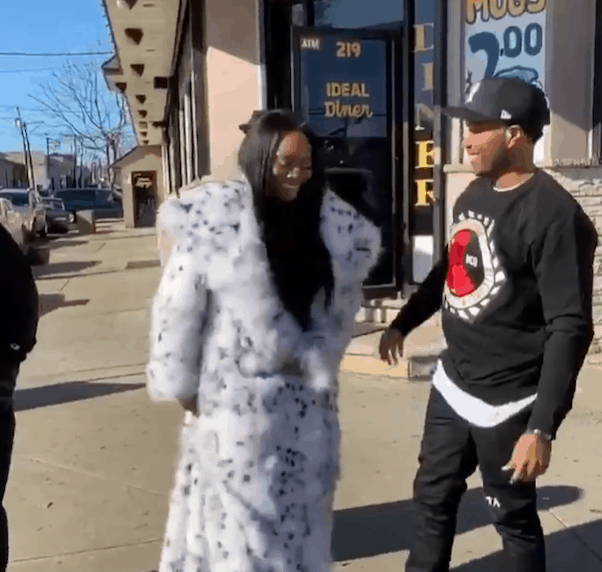 After just over four years in federal prison and more early release rumors than we can recall, Mendeecees free has finally happened. The LHHNY star, who in January 2016 began his sentence on drug trafficking charges, celebrated his long-awaited return home with wife Yandy Smith-Harris just yesterday. And, as Yandy’s video below makes very clear, Mendeecees’ first public act after coming home was a pivotal one.

However, it’s not immediately clear why we didn’t see Mendeecees free several weeks ago. As we reported at the time, the belief was that he would be able to return home “no later than December 15th” of 2019 — meaning, of course, that Mendeecees would be able to spend Christmas with his family for the first time in almost half a decade.

It seems the sources behind that development got some of the details twisted, but no matter: as of yesterday afternoon, Mendeecees free became a reality. Below is the footage Yandy shared of the joyous moment, in which she and Mendeecees got out of the car in their old neighborhood and Mendeecees threw away the work boots and uniform he’d been issued at New Jersey’s Fairton Correctional Institute two years ago:

Plus, as we were writing this up, Mendeecees himself shared more happy footage of him and Yandy bouncing in the car and generally having a good time together. It’s in his IG stories, but the ever-reliable fan account @VH1iNFO snagged the clip:

Originally, Mendeecees’ eight-year sentence meant he was scheduled for release in October of 2022. Over the past four years, his lawyers attempted two appeals of that sentence, based on Mendeecees’ good behavior since entering prison and his good works — including giving anti-drug talks to kids up and down the East Coast — in the months before surrendering to authorities.

But both of those appeals were denied, since the terms of Mendeecees’ plea bargain stated he would be unable to have the duration of his sentence reduced. At the same time — and for reasons we’ve never been able to figure out — the date of Mendeecees’ release was also moved up twice, first from October 2022 to November 2021, and about a year later from November 2021 to January 2020.

Regardless of the exact reasons why, congratulations to Yandy on seeing Mendeecees free — and congrats to the man himself on his happy return home. We’re assuming we can expect to see a lot more of him on VH1 going forward 😉