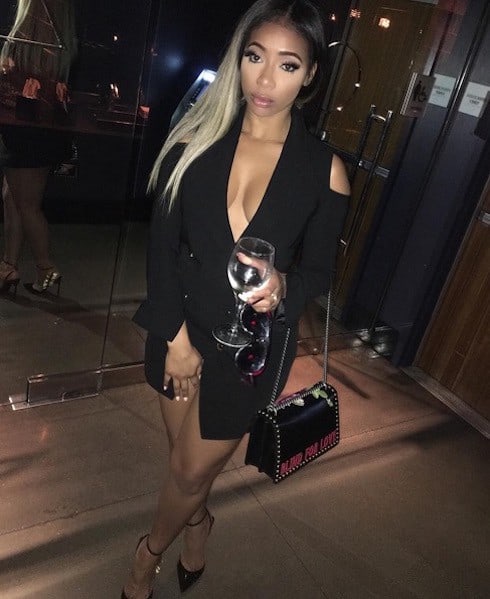 The rumors of Tommie’s drinking and possible alcohol problem continue worsen. Just weeks after LHHATL made her sobriety a major storyline for Season 6–and not long after the show featured Tommie crafting her own line of wine, to the raised eyebrows of the rest of the cast–comes news that Tommie got kicked off of a flight out of Atlanta for reasons possibly having to do with alcohol.

According to TMZ, Tommie had a glass of wine in her hand as she boarded her flight. She was asked to leave the glass in the terminal, but did not, which led to “security and flight attendants approach[ing] Tommie shortly before takeoff.” The parties talked for about ten minutes, during which the Love & Hip Hop Atlanta star was reportedly “calm.” And Tommie left “without a fight.”

Here’s a video clip of the exchange between Tommie and the flight crew:

It’s believed that Tommie was flying to Miami for a friend’s funeral. A rep for Tommie told TMZ that she was kicked off the flight for excessive crying due to the friend’s death–something that, as TMZ noted, “would be a weird move on the airline’s part.”

However, hours before she was removed from Delta Flight 1949 from Atlanta to Miami, Tommie did share the following update on Instagram:

VIDEO LHHH Masika Kalysha explains the origins of her baby’s name, begins to exert her independence from Fetty Wap

Is Josh Duggar still married? Anna compares scandal to ‘being in labor,’ Josh to a baby