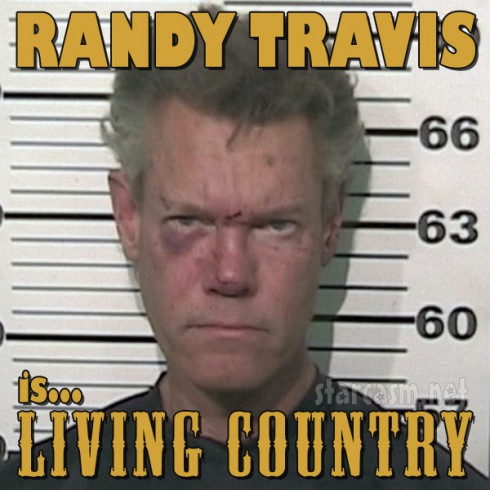 You may think that I’m talking foolish but country crooner Randy Travis will not be spending any time behind bars following his arrest for Driving While Intoxicated in August.

You may wonder how I can promise you now that Travis will not be incarcerated so let me explain. Randy was sentenced to 180 days in jail after pleading guilty to drunk driving. However, the sentence was probated for 2 years so if Randy can stay out of trouble during that span he will avoid incarceration.

They say time takes its toll on a body but Randy will just have to deal with a mandatory 100 hours of community service and a minimum of 30 days at an inpatient treatment facility.

Times can play tricks on a memory so let me remind you just how bad things got that night for Travis. He drove his 1998 Trans Am off the road and slammed into several barricades in a construction zone. He was found buck naked by police and had to be provided a t-shirt for his mug shot.

You may think it’s just time that I’m killing but I’ll add that TMZ is reporting that Randy is also required to install an ignition interlock device on any vehicle he attempts to drive for this same 2-year stretch. An IID measures a driver’s blood alcohol level and will prevent the engine from starting if the driver is intoxicated. For that decision I say, “Aaaaahehayyyyyyyaahhhhhmennnnnnnnnnnnnnnnnnnnnn!”