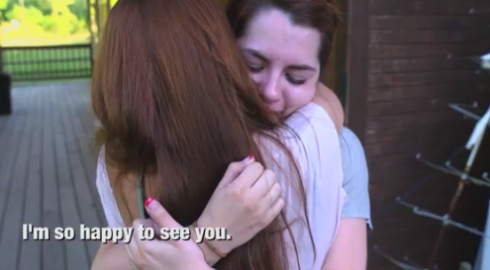 Cara Parrish got a visit from her ex-girlfriend Sevgi on tonight’s episode of Buckwild, and Sevgi was hoping to give their relationship another shot. Even though Cara didn’t want that to happen she was excited to see her ex, and even threw her a party.

When Cara talked her roommates Anna and Katie about Sevgi’s visit, they were curious about why a woman would want to date another woman.

Ann told Cara she couldn’t fathom being with a girl, and Cara replied “Girls are a lot sweeter than guys.” Anna also found it “gross” that Cara and her ex got their periods at the same time, which is an odd thing to find gross because most women get on the same cycle when they live together, or spend a lot of time together.

Shain, who has a major crush on Cara, but doesn’t appear to have much of a chance with her, was excited by the prospect of meeting Sevgi because he thought it was hot, and he also entertained the idea of possibly hooking up with both of them.

That wasn’t going to happen, though, because Sevgi only had eyes for Cara, and Cara had eyes for neither of them.

When Sevgi got out of the cab and saw Cara she burst in to tears, exclaiming how much she missed Cara. Later at the party, Sevgi told Cara’s friends that she wanted to get back together with Cara, and then she laid her heart out for Cara in bed.

“I have an overwhelming of emotions. I don’t really know how I feel right now. I just realize how much I really missed you, like needed you until I came back here and saw you. I know that sounds like so pathetic and stupid but I’m serious. Like I missed you so bad, and I can’t do that again. I can’t go without you gain. I can’t do that.” 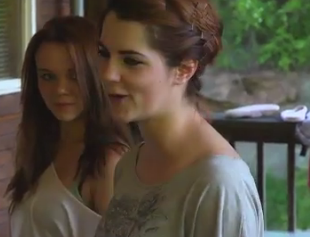 She said she was ready to do anything and move anywhere to be with Cara, but later in interview Cara explained that that’s not what she wanted at all. “Sevgi made it clear that she wants to get back together with me, but that’s not what I want,” Cara explained, “I’m not in the same place that I was back then. I just want to get her back on that plane, and back to Arizona.

“She’s more emotional, she more dramatic. It’s actually to a point that it’s like I’m seriously the guy in a relationship with like Sevgi crying, and I’m like I don’t really know what to do right now.

Buckwild ratings by episode for Season 1