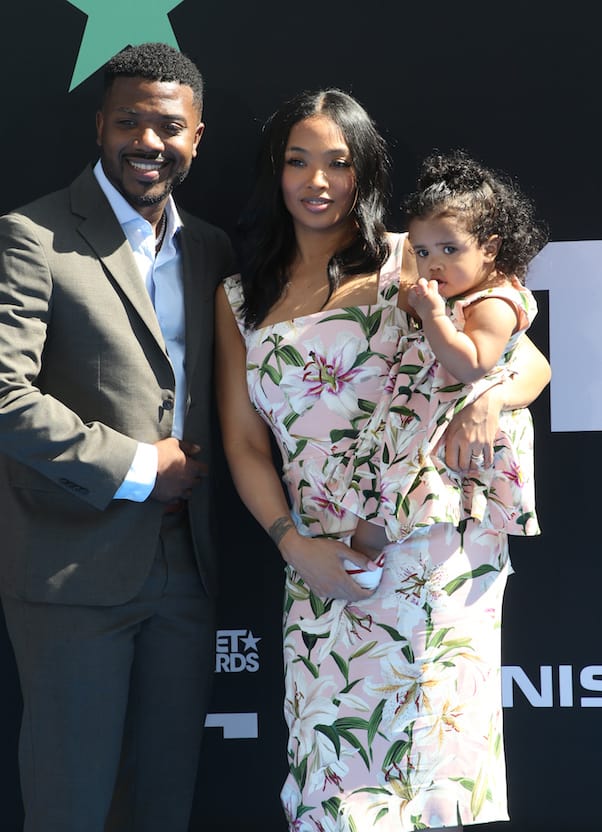 It looks like the Las Vegas drama between Ray J and Princess Love is finally over — and that the couple’s marriage will, in fact, continue. We’ve gotten confirmation of Princess Love and Ray J back together (for now, at least), after Ray abandoned his daughter and pregnant wife, then quit social media following an apology some fans regarded as inadequate.

First, catch-up for those of you too busy with holiday activities. A few weeks back, the Love & Hip Hop Hollywood stars were in the middle of some private marital drama, after Princess found Ray J’s burner phone and evidence he’d stepped out on her. Ray J admitted his infidelity, then told his seven-months-pregnant wife he’d done it because she hadn’t been “getting along” with him of late.

Princess told Ray she wanted to try and save their marriage, and he agreed it was worth trying to save. But two weekends ago, when the couple and their 18-month-old daughter Melody were in Las Vegas for the BET Soul Train Awards, they had another huge fight over whether they should move to Vegas from LA. When Princess said no, Ray J left his wife and daughter without warning — effectively stranding Princess, who said she felt it was unsafe for her to drive their car back by herself.

At that point, Princess Love started spilling the couple’s tea on social media. Among the revelations: When she told Ray J she thought they should separate, Ray responded, “Not before I file first.” Princess also said she didn’t want to be married anymore. (You can see the original video clips here.)

At that point, the idea of Princess Love and Ray J back together seemed almost impossible to fathom. And just a couple of days ago, Ray J made what at the time appeared to be his final social media post. He shared a photo of himself reunited with Melody, then promptly deleted every photo on his Instagram page, though the page itself remained up.

But the first inkling of Princess Love and Ray J back came late last night, when Ray J broke his short social media silence with an unexpected update to his IG stories. The short clips, filmed from far across he and Princess’ living room, appeared to be a BTS look at a maternity photo shoot for Princess Love herself. Here’s a screenshot from the first of the two clips: 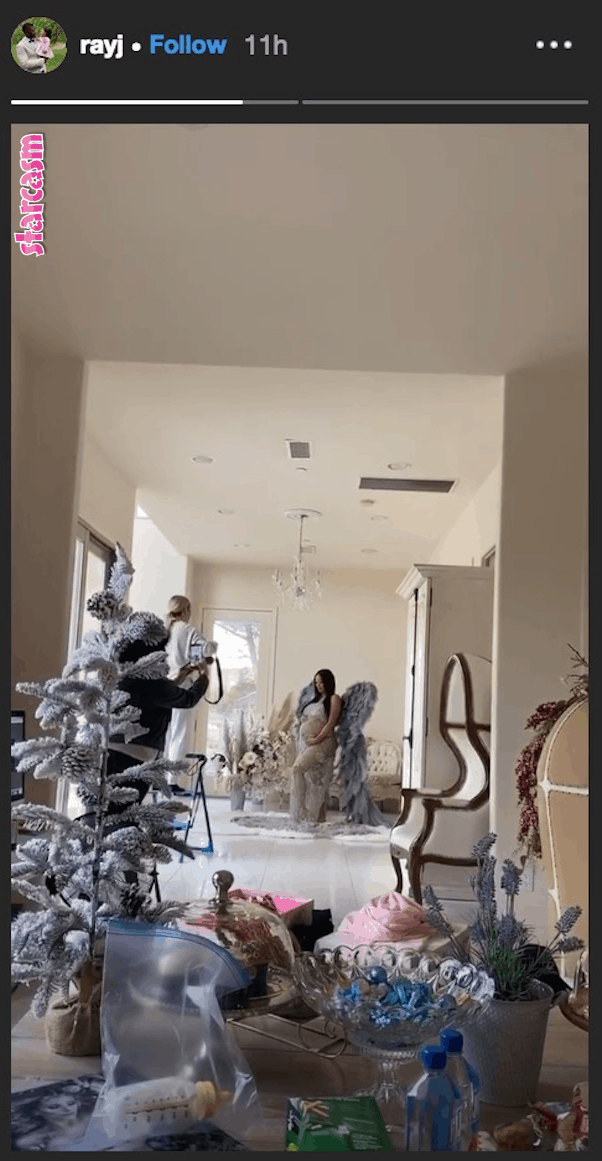 “Killin’ ’em,” Ray J commented in the first clip. In the second, after a moment of observation, Ray told the photographer, “I mean, I can only imagine what the inside of the camera looks like, ’cause it looks dope from over here.”

And just a few hours after that update came what in the world of gossip amounts to confirmation of Princess Love and Ray J back. The couple’s reps got a story up at TMZ alleging that they’ve managed to work things out and the threat of their divorce has now passed. The fact that their second child is due to be born at some point over the next few weeks probably helped with the reconciliation.

Our sources say both RJ and PL realized they let their emotions get the best of them and acted out of spite — but they feel divorce is not the answer or an option, and they’re looking into couples therapy. The real deal, not the reality show.

We’re told they’re spending time together again, and are excited to welcome their new baby … who’s due before the end of the year.

We can only assume that this particular drama will make Princess and Ray’s Love & Hip Hop Hollywood Season 7 storyline one of the new season’s biggest — that is, if Princess doesn’t follow through on her threat to quit the show. Filming for the new season is expected to begin in early 2020. For now, the LHHH Season 6 finale airs Monday, December 2nd, and the two-part reunion will air back-to-back on December 9th.