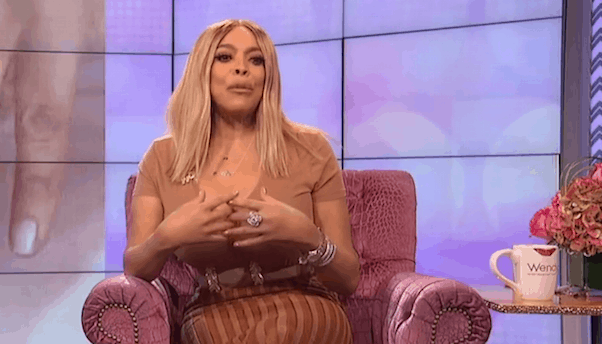 DLISTED – If you find yourself reading a lot of Wendy Williams lesbian takes over the next few days, it’s because the woman herself doth protest too much. Wendy took a few minutes on her show to respond to a piece of gossip — and respond quite ardently! — about how she’s now BFFs with Whitney Houston’s former lover to respond that she is not lovers with Whitney Houston’s former lover, something no one was insinuating in the first place

REALITY TEA – Lala Kent is claiming she has “no idea” why her fiancé Randall Emmett is all of a sudden fine with appearing on camera as part of the Vanderpump Rules cast for the upcoming eighth season. Randall himself has said that the reason is perfectly obvious and understandable

CELEBITCHY – Kim Kardashian may indeed have a “billion-dollar idea” with her Spanx knockoff, but she’s hustling so hard and her people are tossing around the phrase “billion-dollar idea” so fervently that she just looks more and more like the younger sister. Maybe there was some truth to the rumors that Kim is insanely jealous of Kylie’s $600 million makeup line sale earlier this month

JEZEBEL – Since the Mr. Rogers biopic is coming out there are now a ton of stories coming out about how Mr. Rogers himself was not a saint and should not be canonized. And I agree that no one should be thought of as perfect, but my favorite part of this counter-narrative is his widow Joanne Rogers presenting evidence in the form of “He used to get me to laugh by farting”

THE ASHLEY’S REALITY ROUNDUP – If you have a spare $795,000 sitting around, you can own the Brown family compound from Alaskan Bush People. And if you’re really imaginative, you’ll find a way to turn it into a West Coast version of Curse of Oak Island and start your own reality TV franchise

THE BLAST – Headline of the week contender: “Botched Doctors Refuse To Amputate This Twerker’s Messed Up Butt”

LAINEY GOSSIP – Justim Timberlake maybe cheated on Jessica Biel with Alisha Wainwright over the weekend, and now he and Jessica Biel’s PR people are working overtime to assure the public that those photos of Alisha’s hand on Justin’s leg were the worst part of a momentary lapse in judgment

VOX – Evidently The Top Entrepreneurs podcast host Nathan Latka is maybe a secret-in-the-open con man? This would be an even more interesting story if it didn’t involve swindling tech bros, one of the most swindle-worthy of all groups of people

GO FUG YOURSELF – “Taylor Swift Leads The Rest of the AMAs Red Carpet: My favorite part about watching the AMAs was the surprising number of crowd shots in which the people were pretending to know the song they were listening to, and visibly bungling the words”