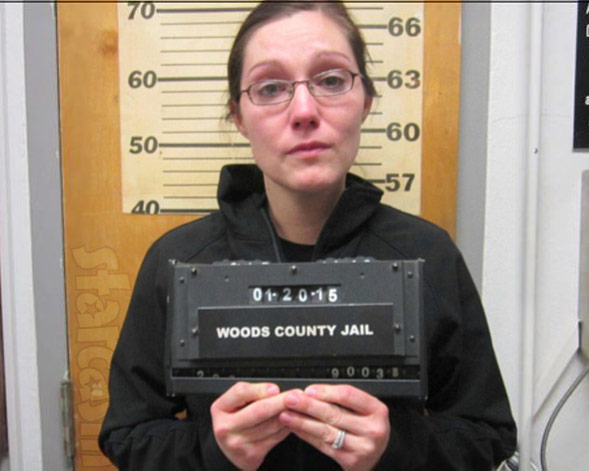 Oklahoma teacher Daresa Poe, a former Waynoka Public Schools Teacher of the Year, took teaching sex education to a wholly inappropriate new level after confessing to having sex with a student multiple times, including several encounters in the teachers’ lounge.

32-year-old Poe (mug shot above and school photo below) was questioned by the Oklahoma State Bureau of Investigation on Tuesday and she admitted to being involved in a sexual relationship with the teenage male Waynoka School student since December. She shockingly revealed that she had sexual intercourse with the student in his pickup truck just hours before being questioned. 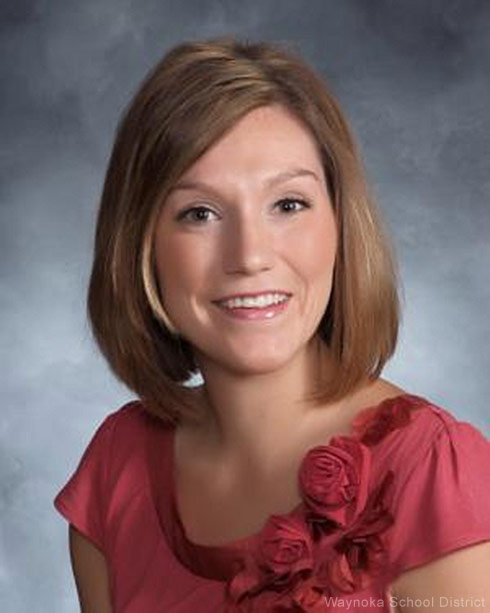 In the affidavit, Daresa Poe made the following confession:

I am Daresa Poe, a wife, mother and teacher. I have made a horrible mistake. I have let my judgment falter and I am embarrassed and mortified for the decisions I have made in the last two weeks. I have had sexual intercourse with a student. I am so very sorry for the [decisions] I have made. I would take it back in a heartbeat if the chance was given to me…I hold a position of importance where people and student[s] look up to me and I have failed. For this I am truly sorry.

Here is a video report from KFOR:

Although the student in question is 18 years old, Oklahoma law allows public or private school employees over the age of 18 to be prosecuted for engaging in sexual acts with students who are over 16 and up to 20 years old.

Poe is currently facing one count of sexual battery and multiple counts of felony second-degree rape. She was released Wednesday after posting $10,000 bond and is scheduled to be back in court on February 10.

Waynoka Public Schools Superintendent Loren Tackett tells EnidNews.com that Poe has been suspended without pay. “We’ve done our own investigation, and we’ll take appropriate action as those come about, but, right now, she’s not in school, she’s suspended,” he said.

Tackett later told the site that Poe “will remain suspended,” adding, “She won’t be back.” He said Poe will either need to officially resign or there would need to be a hearing on the matter to make the termination final. “We still have to do the same things as any other teacher termination,” he said. “We don’t have any other recourse or rights.”