The murder of Detective Rod Demery’s mother was arguably the single most significant event in Demery’s life, and the Murder Chose Me star recently opened up about the story behind his own investigation of her murder for Dr. Oz. Demery appeared on Oz’s show earlier this year, while promoting Murder Chose Me Season 1; the clip has been making the rounds again of late thanks to Oz’s ongoing string of “True Crime Tuesday” episodes.

As we’ve written in our extensive feature on the murder, Rod Demery’s mother Barbara Sue was killed by an abusive boyfriend named Jerry Armstead on May 8th, 1969. Rod was three years old at the time. The murder was largely ignored by police in the small Texas town where it took place, partly because Jerry was friends with the sheriff, and partly because, as Rod reminded viewers in his interview, women were all but considered property at the time.

In fact, Rod recalled one particularly blunt exchange he had with a Clerk of Courts who told him, “Well, women were property, and your mother was black. So it really wasn’t a big deal.” While Dr. Oz expressed shock over the exchange, Rod was more circumspect: “I actually appreciated that,” he said. “I’m a police officer. So I appreciate frankness, and someone being straightforward with me.” 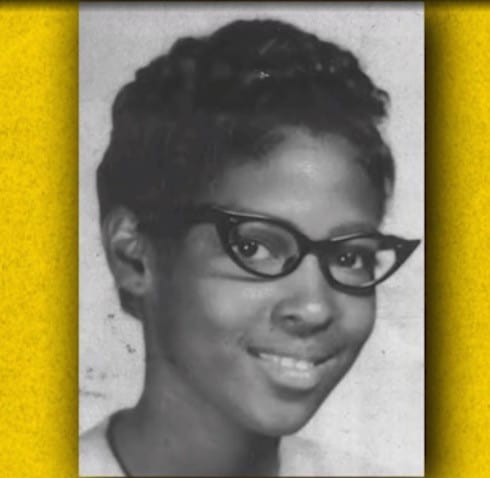 Rod also explained that he was able to find Jerry–and interview him “as a homicide investigator.” He thought that what he wanted was for Jerry to “look him in the eye…and tell him the truth.” The reality of the moment was much more subtle–and moving. Jerry had “told himself that lie [that the murder was an accident]” for so long that he was unable to admit anything different. But, said Rod, the encounter helped him discover something important about himself:

I found out that I had a forgiveness. I actually prayed for Jerry. And I can’t say that I did that for anybody, until that point in life. And I realized that forgiveness was the key [to] all the things that I’d been searching for–and the identity. I realized who I was….I think God has an amazing way of compartmentalizing things for you, and giving you clarity. You know, I forgave him. I felt like a man. For the first time. Probably for the first time, at that point.

You can read more about the murder of Rod Demery’s mother and his own investigation here. Unfortunately, video embedding isn’t available from Dr. Oz’s site, and there doesn’t appear to be a clip of Detective Demery’s appearance–legit or otherwise–on YouTube. But you can watch his Rod Demery on Dr. Oz via the show’s official site here.

Jacqueline Ades, VIDEO of woman who sent 65K texts to man after one date, wanted to ‘bathe in his blood’