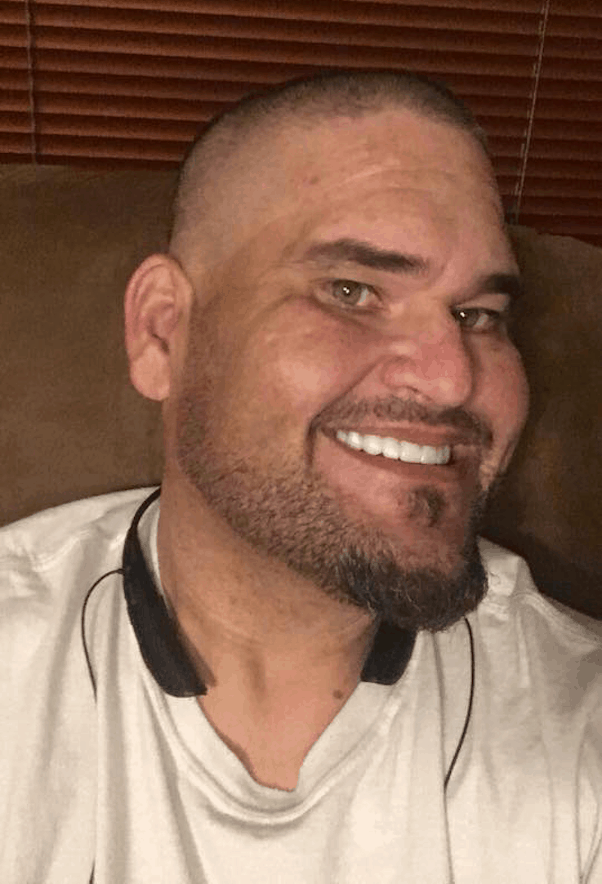 My 600 Lb Life Season 6 star David Bolton is the second of the show’s cast members to file a lawsuit against production company Megalomedia. Just weeks after the family of deceased former star LB Bonner sued Megalomedia for gross negligence, Bolton — represented by the same attorney handling the Bonner family’s case — has accused the show’s producers of many of the same things. Starcasm has exclusive details of the My 600 Lb Life new lawsuit, including Bolton’s claim that the show’s producers lied to him about paying for his medical bills; his allegations of staged and traumatic drama for reality TV purposes; and Bolton’s accusations regarding the lack of mental health care he says he needed, but did not receive.

David Bolton’s first (and, to date, only) My 600 Lb Life episode aired in March of 2018. David appeared alongside his brother Benji, and the two of them had one of the show’s most successful weight loss journeys that year. Though they began their episode at a combined weight of 1,329 pounds, the brothers both underwent weight loss surgery, and lost 725 pounds between them. David went from 747 pounds down to 295. And, as we’ve since reported, a family member accidentally revealed that the two of them have lost even more weight since filming wrapped.

However, it seems that filming didn’t come without serious consequences. According to the My 600 Lb Life new lawsuit, David’s experience with Megalomedia was similar to LB Bonner’s in many respects. David’s states that he “was taken advantage of by the producers of a reality show that was focused only on ratings, while neglecting the welfare of those who appeared on the show.”

More specifically, the lawsuit states that David’s the lifestyle changes required by David’s surgery “caused him extreme frustration and depression,” one exacerbated by the “strict [filming] schedule and conformance to all of [Megalomedia]’s wishes.”

Like LB Bonner, David says he was given “absolutely no mental health assistance” to help him deal with his ongoing emotional problems. He also accuses Megalomedia of staging scenes specifically to manufacture drama — something the Bonner family’s lawsuit echoes as well. Per the My 600 Lb Life new lawsuit, Megalomedia’s “manipulation of [David] and his family for dramatic purposes” was a major part of the “tremendous psychological toll” from which David suffered during and after filming.

David’s experience with post-surgery medical bills also echoes an increasingly common accusation among My 600 Lb Life cast members. Megalomedia apparently promised David that they would pay for his treatment and surgery, then didn’t do so, forcing David to scramble to deal with the unexpected bills — which still amount to untold “thousands of dollars.” From the lawsuit:

Further, Defendants [Megalomedia] promised that they would pay all medical bills associated with Dr. Nowzaradan’s care and any surgery. Defendants coordinated the handling of billing for the surgery and post-surgical care. Although Defendants had promised to pay for all charges, they did not, forcing Plaintiff to pay and for Plaintiff to be subjected to bill collection efforts, adding to his mental distress.

Finally, the My 600 Lb Life new lawsuit accuses Megalomedia of “failing to train their employees regarding depression, suicidial ideation, and similar symptomatology,” despite having filmed weight loss surgery candidates for years and understanding “the known risk of depression and suicide in those undergoing [gastric bypass] surgery.”

Though the company hasn’t yet responded to David’s lawsuit, Megalomedia told us in a statement that they consider the Bonner family’s suit “without merit” and full of “false” accusations.

At the time, Megalomedia also responded to our interview with Tony Buzbee, the Bonner family’s attorney, in which Buzbee suggested that more lawsuits from former cast members were on the way. “If the Company determines the lawsuits are without merit,” Megalomedia’s statement read, “it will aggressively deal with them and seek attorneys fees, costs and sanctions against the Plaintiffs.”