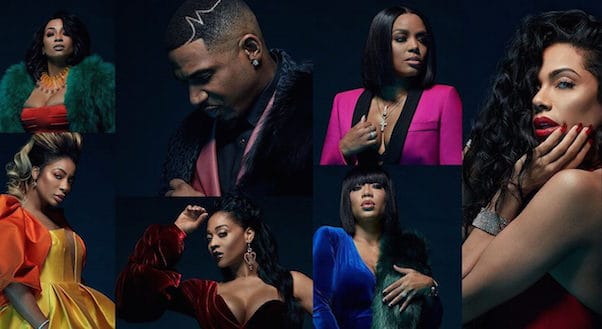 We’ve got the complete LHHATL Season 9 cast ahead of the show’s return next month, along with social media info for each, and plenty of tea about the newbies. Although many of the faces are familiar, it looks like there will be three major new names this year. And, according to the latest gossip, the headliner among them has apparently been beefing so hard with a veteran that one of them refuses to film with the other.

Before we go any farther, though, here’s the first trailer for Love & Hip Hop Atlanta Season 9, which returns Monday, March 16th. It seems that LHHNY’s much-anticipated Season 10 will conclude with the second of its two-part reunion the week before, clearing the stage for Atlanta. While the trailer below doesn’t reveal the complete LHHATL Season 9 cast, it is both longer and a bit more detailed than the usual first teaser:

Who is returning for the LHHATL Season 9 cast?

So far, we’ve been able to confirm seven returning main cast members. (More on the supporting cast in a bit.) And they’re about who you’d expect. In no particular order, expect to see Rasheeda, Stevie J, Young Joc, Scrapp DeLeon, Spice, Karlie Redd, and Mimi Faust. We don’t know for sure who else might be a part of the main cast this year, but we do know that it’s likely another name or two from the list above will emerge. For example, Akbar and LightSkinKeisha’s beef — again, more in a minute — is apparently a major component of both their storylines, and both women have big enough social media presences to justify more screen time.

But the big name is OG LHHATL cast member Benzino, who’s coming back to the show full-time. Benzino hasn’t been on Love & Hip Hop Atlanta since Season 3 back in 2014. But he’s not been out of headlines for the last six years. Last year, Benzino earned some unwanted attention for a racist tirade against the Vietnamese-American police officer arresting him on a bench warrant after failing to appear in court and then being cited for a traffic violation. No word yet on whether the incident will come up on the show.

Who are the LHHATL Season 9 cast newbies?

Technically, there are three new additions to the cast this year, although one of those is a very familiar face. The biggest name among them is the aforementioned LightSkinKeisha. She’s made a name for herself after appearances on Wild ‘n Out, guesting with Trina, and dropping tracks like “Spend Sum Cash,” which has a new video out. If one of the newbies becomes a main cast member, we’re betting it’s LightSkin.

And part of the reason for that is her ongoing feud with Akbar. According to Akbar herself, she’s got LightSkin running so scared that the newbie refuses to film with her.

In addition to LightSkinKeisha, Kiyomi Leslie, Bow Wow’s ex, is joining up. Kiyomi has apparently been self-producing adult videos of late, making her the latest reality TV star to pursue such a revenue stream. It seems a safe bet that Kiyomi’s OnlyFans page will come up as the season unfolds.

Which cast members aren’t coming back to LHHATL this year?

Unfortunately, some fan favorites will no longer be a part of the show. For one thing, despite fan clamoring, Tommie’s legal problems make her unacceptable as a cast member. Pooh is gone, as is Che Mack. Jessica Dime, contrary to rumor, is not coming back for Season 9, though she’s apparently said she would consider a Season 10 reunion next year.

Finally, as we’ve reported before, Joseline Hernandez *will* be back on LHHATL this year, but only briefly. The Puerto Rican Princess, who already filmed an appearance for Love & Hip Hop Miami Season 3, is fully booked with her new show Joseline’s Cabaret.

VIDEO “The many talents of Kate Upton” by Terry Richardson