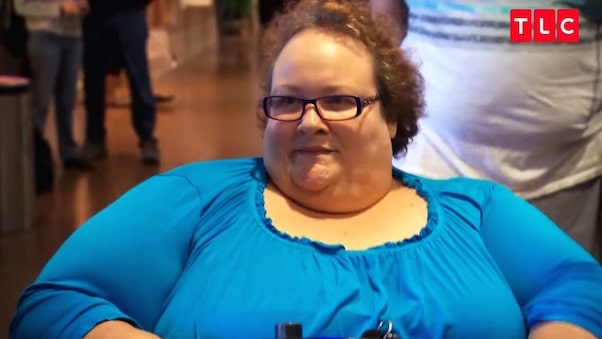 How is My 600 Lb Life Janine today? The Season 6 star is doing great! In fact, Janine Mueller is so eager to share the next chapter in her weight loss journey that she accidentally revealed her latest weight well before her Where Are They Now? episode is scheduled to air. The tea also came with a pair of new Janine Mueller before-and-after photos which only bolster Janine’s success story.

Janine, who made her My 600 Lb Life debut just over a year ago, began her episode at a peak weight of 678 pounds. Though she wasn’t approved for weight loss surgery by episode’s end, Janine had lost 112 pounds, and was beginning to change her attitude toward food. Her positive attitude made her one of Season 6’s most endearing cast members, and Janine has offered regular social media updates since then.

Plus, as we reported in an earlier update on My 600 Lb Life Janine today, the Washington native made a permanent move to Houston once filming for her episode began. Though several My 600 Lb Life cast members have had weight loss success after moving back home, there does seem to be a correlation between staying in close proximity to Dr. Nowzaradan’s offices and staying healthy.

So all signs pointed toward future success for Janine — and it looks like fans of her first episode are in for a real treat! According to a Facebook exchange with a friend, Janine has lost an incredible 366 pounds since her episode started filming. Janine revealed that as of her most recent checkup, she was down to 312 pounds! The loss of 54% of her peak body weight would give Janine one of the biggest overall weight losses in My 600 Lb Life history.

Here’s the exchange, with Janine’s friends’ names and faces redacted:

Though TLC’s contracts are legendarily strict where My 600 Lb Life cast members are concerned, there have been leaks and weight loss reveals before. Most notably, a relative of Season 6’s David and Benji Bolton accidentally revealed the brothers’ latest weights not long after their own debut last year.

We don’t know what the consequences for such a slip are. Judging by Janine’s social media posts, though, it sounds like she’s just very excited by how much weight she’s lost and how well things seem to be going for her, and just accidentally let the news slip 🙂

But don’t worry — we already know that a Janine Mueller Where Are They Now? episode is in the works. In fact, it should be here very soon indeed: we recently reported that Janine confirmed her follow-up will air later this year. Since WATN episodes generally begin airing after My 600 Lb Life‘s new season concludes, that means approximately six more weeks before the follow-ups begin.

Until then, you’ll just have to be content with the latest weight loss photos Janine has made public. Here she is looking fabulous on a shopping trip at the end of last month: 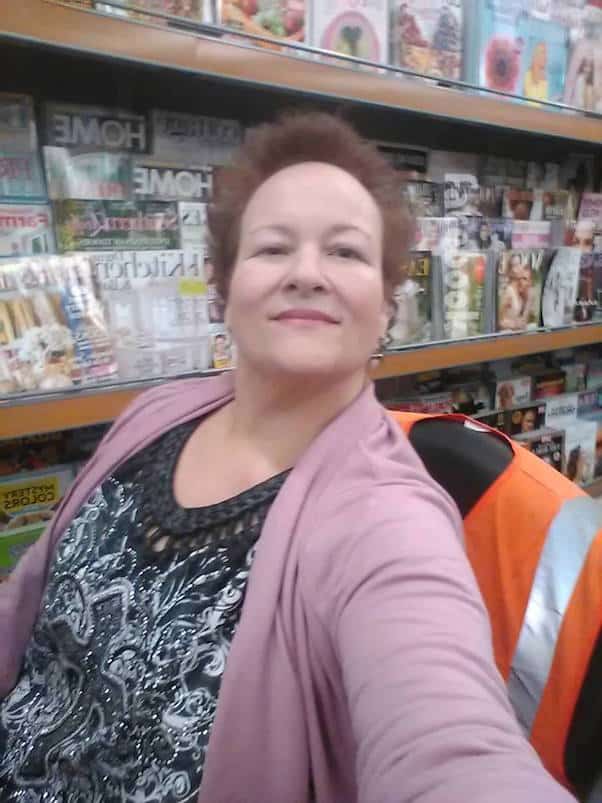 And here’s Janine a day later, relaxing with her cat, Prince: 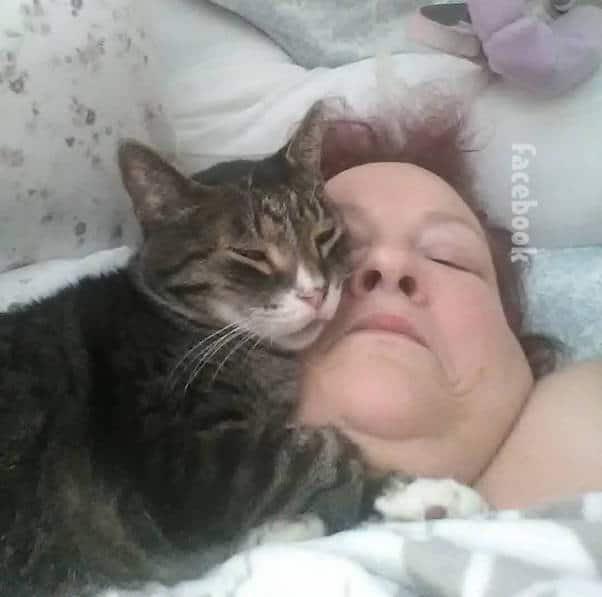 Lady Gaga had “giant craters” in her hip before surgery, almost had to have her hip replaced