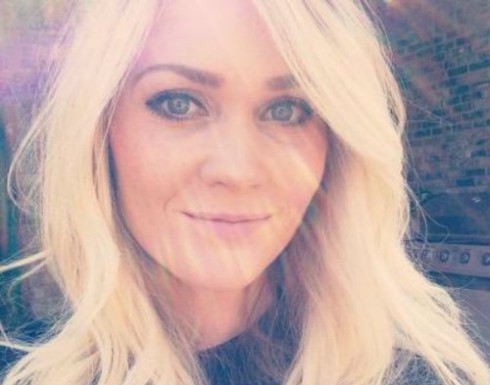 Tawny Willoughby, a 27-year-old mom from Alabama, has been battling skin cancer for the past six years — and directly attributes her recurring basal cell carcinoma and squamous cell carcinoma to her teenage tanning habits. In an effort to get the point across to the thousands of people who are preparing to lay out this summer or renew their tanning salon memberships, Tawny recently posted a jarring picture of the effects of her skin cancer treatments. Warning: The image is graphic.

“If anyone needs a little motivation to not lay in the tanning bed and sun here ya go! This is what skin cancer treatment can look like. Wear sunscreen and get a spray tan. You only get one skin and you should take care of it,” she said on Facebook in April. “Learn from other people’s mistakes. Don’t let tanning prevent you from seeing your children grow up. That’s my biggest fear now that I have a two year old little boy of my own.” 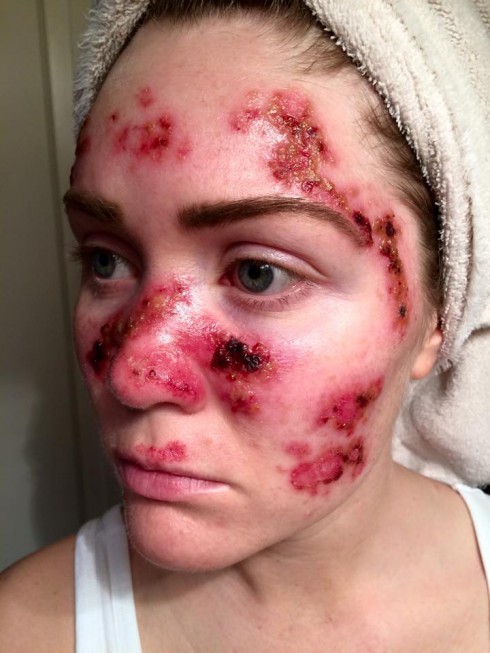 After the photo went viral with 60,500+ shares, Tawny explained she used to tan four or five times per week during high school. Just a few years later, at the age of 21, she got her first skin cancer diagnosis. In the six years since then, she said she’s gone to the dermatologist once or twice per year and usually has “a skin cancer removed at each checkup.”

She posted the picture after her latest round of treatment, which was done with a cream called Aldara. She said it would take weeks for the scabs to heal and months more before it didn’t look like she suffered a bad sunburn. Still, she said she considers herself lucky that she hasn’t been diagnosed with melanoma.

Despite largely positive feedback from people who thanked her for the honest message, Tawny’s picture was flagged earlier this month by someone who said it showed “graphic violence.” Facebook allowed it to stay up after reviewing it — which is good because Tawny hopes the picture continues to get shared.

“I truly hoped to change at least one persons view on tanning/skincare/sunscreen by posting my treatment photo,” she said yesterday. “Now I can’t believe how many people it has touched.”

According to the American Academy of Dermatology, more than 419,000 cases of skin cancer are linked to indoor tanning each year. Even one fake bake session can increase a person’s chance of developing squamous cell carcinoma by 67 percent and basal cell carcinoma by 29 percent. Melanoma, one of the more fatal types of skin cancer, is the second-most common form of cancer for adults between the ages of 25 and 29.

The good news is that there are excellent spray tanning options now available — that don’t come with the risk of losing your life.