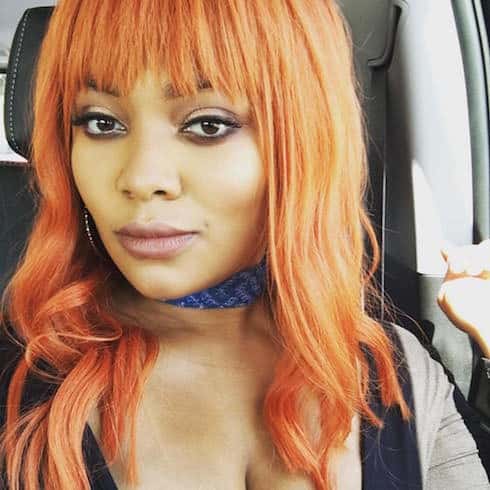 Now that she’s back from rehab, Teairra Mari has also returned to her social media platform of choice. Teairra Mari’s Instagram page came back to life in late August after the Love & Hip Hop Hollywood star swept it clean while getting treatment for her struggles with alcoholism. That update promised new music–Teairra’s first since 2014’s “Deserve”–but was a little thin on Teairra herself (not counting her voice, of course):

Then, shortly before LHHH’s “Intervention” episode aired, Teairra shared the first new photo of herself in weeks. Though the show’s chronology has only just caught up with her decision to go to rehab, in real life, Teairra looks vibrant and ready for whatever comes next:

One thing about them tables… they always turn. ☝??#Bad #Rehab

And speaking of interventions, VH1 has just released a bonus scene from last night’s episode. The clip featured Teairra’s support network on the show–including AD, Fizz, Moniece, Nia, and Nikki–getting advice from a counselor on how to handle the intervention itself. Honestly, it would have been nice to see the clip included in the episode. The show handled the issue well, and kept the focus on Teairra; given how common this problem is, though, the scene resonates for those who’ve watched a friend or loved one deal with alcoholism, as well as for those who’ve dealt with it.

Congratulations to Teairra on getting help with her problems and returning to social media glory. You can follow her on Instagram here.