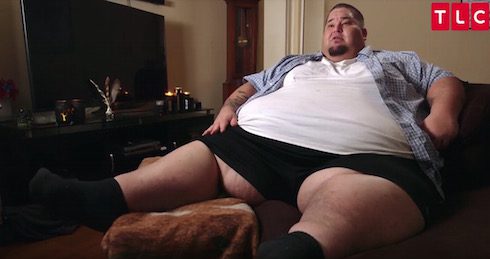 The My 600 Lb Life David and Benji episode featured two brothers who weighed over 1,300 pounds between them. By episode’s end, though, the brothers Bolton had lost well over half of their combined weight — and an accidental tea spilling by a family member has since revealed just how much *more* weight the two have managed to shed.

As 35-year-old David explained, he and his brother grew up poor, and any extra money that could be spent on the six Bolton children always went toward junk food. David gained weight much faster than his siblings, though — he weighed 140 pounds by the time he was ten — and stood out for his size. Though not always for reasons that he appreciated:

“I was always different, bigger than everybody else,” David explained. “And so I just took it as normal…but I started realizing how different I was when my mom started entering Benji in beauty pageants. And she wouldn’t let me do it….And I started realizing when I got older it was because of my size.”

By the time TLC’s cameras began rolling, David weighed 747 pounds; 32-year-old Benji weighed 582. Despite the difference, David was able to lose weight much more quickly than his brother: he dropped 141 pounds before weight loss surgery, while Benji, struggling, had lost only 14.

But, before long, Benji got into a grove, and both brothers had undergone surgery. They continued to shed weight steadily, despite the personal difficulties Hurricane Harvey presented, along with David experiencing general pain and issues with his teeth as a gastric bypass side-effect. By the My 600 Lb Life David and Benji episode’s end, David was down to 420 pounds, and Benji down to 258.

David’s newest weight loss pics make it clear that he’s both looking and feeling immeasurably better. Here’s a pair from just days before the episode aired: 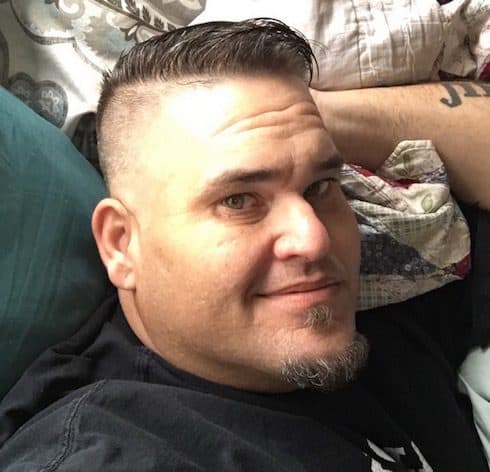 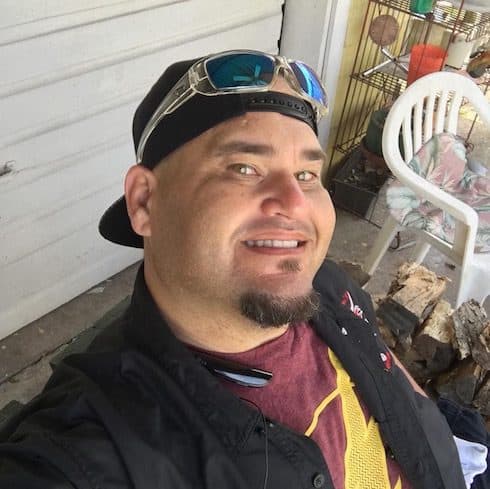 Just how much more weight have David and Benji lost? According to their aunt, Cindy Lee Bolton, the two have made some very impressive strides indeed. Cindy Lee revealed in a Facebook conversation after the episode aired that David has lost a total of around 452 pounds — and Benji isn’t far behind, having lost a total of 382: 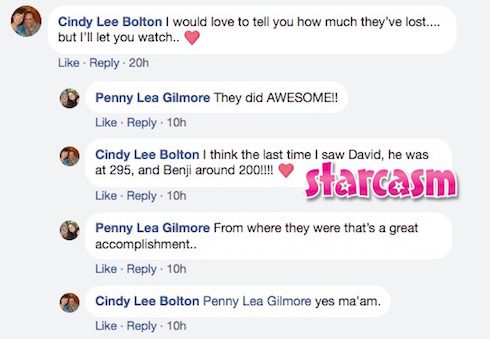 For those of you keeping track at home, David and Benji have lost a total of 834 of their original 1,329 pounds. That’s a whopping 62.75% of their peak weight, putting them high in the running for most all-time. (The current record belongs to Season 2’s Christina Phillips, who lost 75.7% of her peak weight.)

Unfortunately, Benji doesn’t appear to have much of a social media presence, though that may change now that he and David’s episode has aired. However, you can follow David’s ongoing weight loss journey on his official Facebook page. And you can stream the full My 600 Lb Life David and Benji episode here, via TLC.

Jack Osbourne on MS diagnosis: “Adapt and overcome’ is my new motto.”