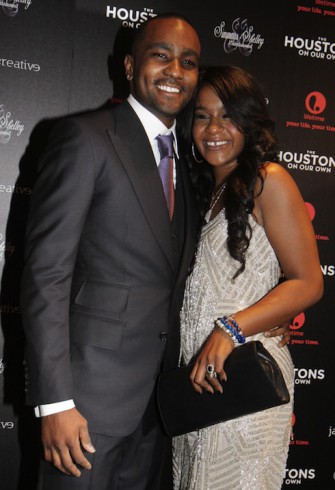 It’s been almost three full months since Bobbi Kristina was found unresponsive in a bathtub in her Georgia home, but there’s finally some good news to report: according to a Facebook post her Aunt Tina made, Bobbi is both awake and off life support.

So many messages,sorry can’t answer them all right now but I will get to them later..just allow me this time with my family,,yes,she woke up and is no longer on life support!!!!! God is good!!thanks for your prayers,,still a process,but she is going to be ok.

Reports surfaced over the weekend that Bobby Brown had told similar things to a crowd in Texas, where he was performing one of his first shows since the January 31st accident. “Bobbi is awake,” he told an audience in Dallas on Saturday. “She’s watching me.”

Bobbi Kristina’s grandmother Cissy Houston, mother to Whitney Houston, made headlines last month when she confessed that there “wasn’t a great deal of hope” for Bobbi Kristina. This despite the fact that BK was moved from an Emory University hospital to an undisclosed rehabilitation facility around the same time.

One thing that has yet to be determined is Kristina’s actual health. No doctors have commented on her case, even off the record. And it’s not immediately clear whether she is both awake and responsive, or simply out of her coma.

Still, this is the first good news related to Bobbi Kristina this year.