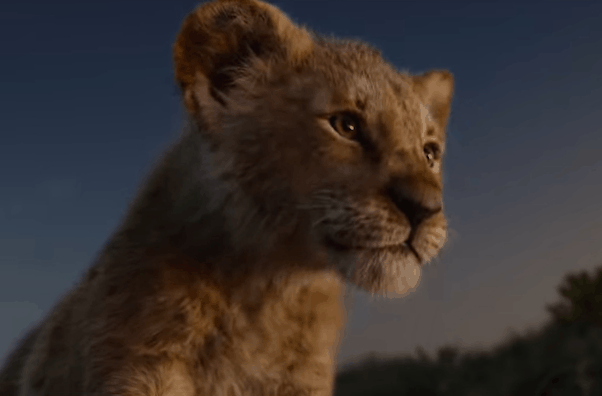 VOX – If you’ve been seeing stories about how 2019’s version The Lion King underwhelms, it turns out it’s not just a few critics spreading bad vibes. Disney’s summer tentpole is getting plenty of tepid reviews; the movie is currently sitting at a 58% rating on Rotten Tomatoes. It’s “just like the original, but without the magic” appears to be the consensus (but don’t worry, Beyonce is getting plenty of praise)

LAINEY GOSSIP – Speaking of which, apparently Beyonce isn’t doing any publicity for the movie, which is smart on her part because a) even if she were it wouldn’t affect the movie’s box office at all, b) promo tours seem like a huge drag, and c) all her co-stars wind up talking about her on their publicity tours, as was the case when Seth Rogen went on Jimmy Kimmel this week

GO FUG YOURSELF – And speaking of the ESPYs, here’s a roundup of all the best red carpet looks, plus a couple more questionable fashion decisions (we’re looking in your direction, Odell “Snack Fanny Pack” Beckham Jr.)

CELEBITCHY – How did WarnerMedia steal Friends away from Netflix for HBO Max, its own streaming service? By paying $85 million per year for the next five years and betting that the most popular show currently streaming will snag plenty of new subscribers, that’s how

DLISTED – The cast of American Horror Story: 1984 is headlined by Cody Fern, Leslie Grossman, John Carroll Lynch, and Billie Lourd, along with a former Olympic skiier and the looming specter of an absent Sarah Paulson

THE BLEMISH – It sounds like Lil’ Wayne quit his gig as the opener for Blink-182’s summer tour because either the crowd sizes were too small for his liking or he’s “so not used to performing to a crowd” in the first place? The tour was supposed to run almost to the end of September, so…expect a lawsuit, I guess