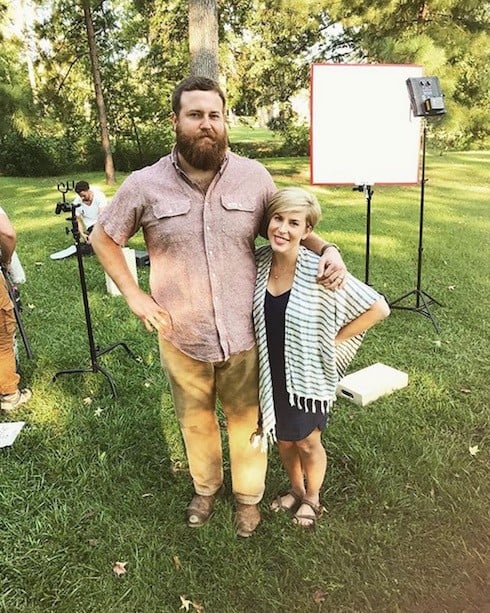 We’re already on record declaring Home Town the coziest show on HGTV–which puts it high in the running for coziest worldwide. And we know we’re not alone in being super-jazzed for Home Town Season 2, which was greenlighted by the network earlier this year. So it might be hard to believe this, but the show is actually about to get even *more* heartwarming and feel-good: Erin Napier just revealed that she’s pregnant with her first child!

The news of Erin Napier pregnant came via entry #2,449 in her long-running Laurel Mercantile journal. It’s titled, appropriately enough, “Our Secret.” A true tearjerker, the entry is a complex, honest look at Erin’s feelings about motherhood, which she calls her “greatest, and most hated fear.”

Erin explains that her fear of pregnancy stems from viewing “the photos illustrating childbirth in my daddy’s medical books at the tender age of 6.” But on Mother’s Day 2016, after feeling singled out during an unexpectedly humiliating church sermon, she took a long walk with Ben, realized she “[didn’t] want to be afraid anymore,” and found the strength to begin thinking about becoming a mother.

We’re going to excerpt a couple of key paragraphs, but, honestly, do yourself a favor and read the whole thing. If you’re having a bad day, it will cheer you up; if you’re having a good one, it will send you through the roof with glee. And the same is true of the photographs that accompany the journal entry: taken by Brooke Davis of Black Horn Productions, they have to be the most loving images ever shared of a couple that’s only ever looked head-over-heels in love. 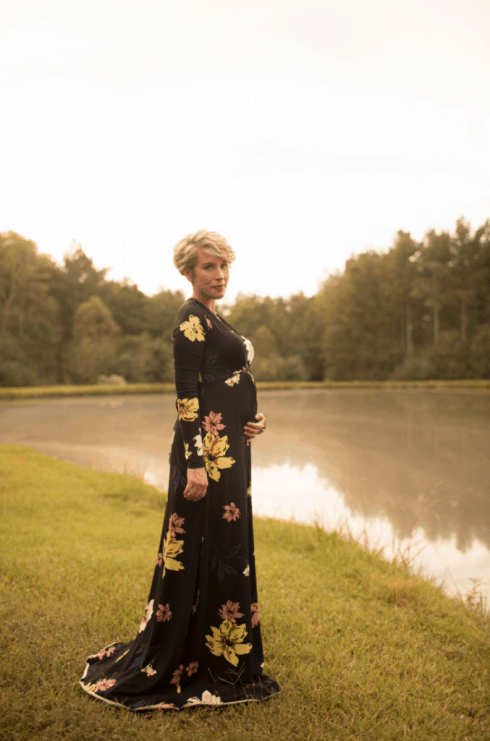 And here’s Erin and Ben together, looking about as overwhelmed and giddy as you’d expect: 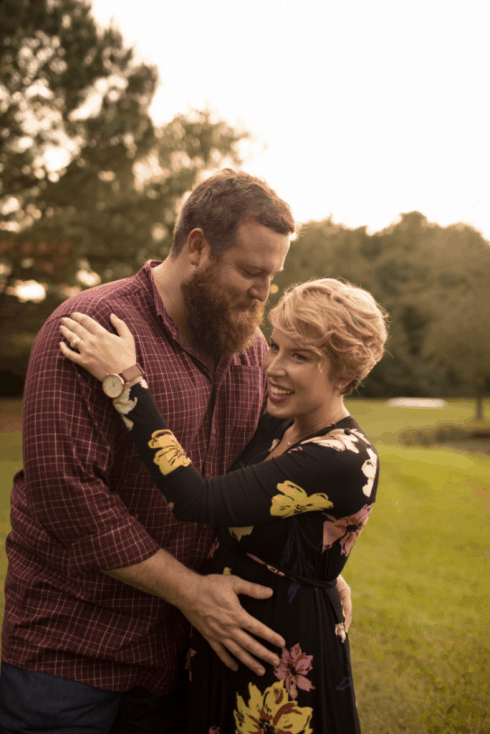 As for the Erin Napier pregnant reveal, here’s Erin describing the very moment. It was this past May 14, the morning of Mother’s Day 2017, when she found out, emotionally and biologically, that she was going to become a mother:

When I woke up, I knew. Parts of my body felt like they were made from lead, heavier, as if I was stuck in molasses, thick and sweet. I tip toed to the bathroom and took a test. I kept them there, with the extra towels and old toothbrushes for scrubbing grout, beside the Lysol, just in case. It confirmed what I thought, in tiny pink vertical lines. I ran crying, falling onto Ben who was sound asleep. I couldn’t think of anything to say. I just held out the test to him, shaking and crying, “What does this mean? What does this mean?” though I knew perfectly well what it meant. Through half-open eyes, the reality started to wake him up. He wrapped his huge, heavy arms around me and held me so close and said, “Everything is going to be great.” And we cried. Ben felt nothing but joy. I was surprised by the overwhelming relief I felt. The hardest part for me was done—the decision had been made for me. I would be a mother. It was like pushing a car up a hill all this time, my anxiety about when, when, when I would finally be brave enough. All of a sudden, completely by accident, I was watching the car coast away from me as it tipped over the top of this hill, a dead weight lifted. An hour after finding out, Ben began to sketch his plans for building the baby’s crib. I called Mallorie and cried. We told our parents. We resolved to keep it secret.

As for those all-important pregnancy details? Erin and Ben’s daughter will be named Helen, after her (Helen’s) great-grandmother on Erin’s side. It looks like Helen Napier will come into the world sometime in the vicinity of this Christmas:

I am now almost 7 months pregnant, and it has been thankfully a healthy and easy pregnancy. The long hours of filming have been hard on my very tired body each day, and in the first trimester there were headaches daily but never morning sickness. I thanked God for it, and still do. She’s a girl and we will name her after my grandmother. My prayer for Helen is that she will be brave and kind. I pray that she will not be bullied the way I was, and that she will be a protector of the ones who are. I pray that she will learn that from her father, the protector who loves the people in his life so well.

Finally, here’s one last Erin Napier pregnant photo. It’s actually a papa-and-daughter shot; Erin writes that Ben is in the habit of having “talks so low I can’t hear, long talks with Helen, just the two of them,” once every morning and once every night. 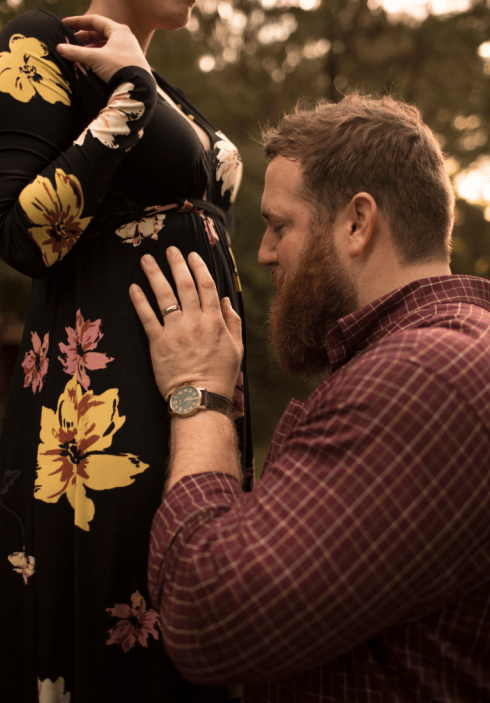 Oh–and we’ll get to follow Erin and Ben’s “whole journey when [Home Town season 2 airs” starting this coming January! In the midst of all this pregnancy excitement, we kind of forgot to mention that HGTV just announced the Season 2 premiere date 🙂 We’ll have more information about Season 2 in a separate article. For now, HUGE congratulations to Erin and Ben! This couldn’t have happened to two sweeter people.

Kim Zolciak shows off growing pregnant belly in her underwear