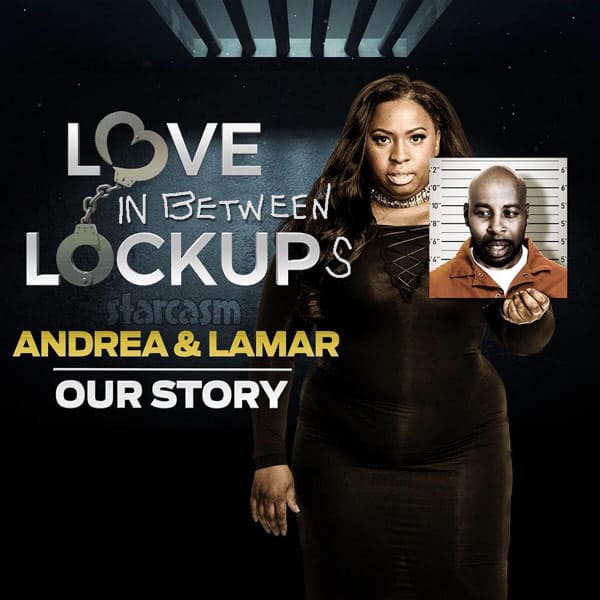 On WE tv’s Love After Lockup Season 1 “Where Are They Now?” special, Andrea shocked her Mormon friends back in Utah (and viewers tuned in to the special) when she revealed that her rapper and “gang banger” husband Lamar was arrested again, and that she was living alone with her kids in the “‘hood” in California!

Fans pretty much knew Andrea was going to be delivering some bad news during her update because producers flashed a text message prior to her segment that revealed Andrea couldn’t film at her house due to “personal reasons.” As a result, her segment consisted of a group of her friends from her famous bridal shower scene (sorry, no AJ) calling Andrea via FaceTime on an iPad.

Andrea had already updated one of her friends in attendance, but the other women innocently asked Andrea how her relationship with Lamar was going.

Andrea seemed to get a bit nervous and reticent as sirens could be heard in the background. “Something happened,” she finally began. “You know, when you’re on parole or probation you have to be perfect. [Lamar] was hanging out on the wrong side of town with the wrong people, and he got locked back up.”

Andrea is obviously emotional, and seems a bit distraught as she shares what her life has been like since Lamar was imprisoned again. “I’m out here by myself, with my kids,” she says. “His family, they don’t like me. I don’t get along with them. I don’t have anybody out here. And I’m a single mom again in the ‘hood. I’m basically alone.”

The lady Utes are still shocked as they ask Andrea what she is going to do — is she going to stay with Lamar or leave him?

“I love my husband,” Andrea asserts, “but I love my happiness more. So, I really wanted to, like, move back to Utah.” In addition to the practical difficulties of relocating her entire family again, Andrea says there is something else keeping her from moving back. “If I leave California, I’ll feel like a failure,” she confesses.

At the very end of the special, producers provide an update:

To date, Lamar has served five months for parole violation. Andrea and her children are still living in California.

I was unable to locate any confirmation that Lamar is still in prison online. He has an Instagram account under his rapper name Baby Nucc Dogg that posted this next photo along with the caption “Freedom! Cali breeze….#freedom #lovelife” on November 12: 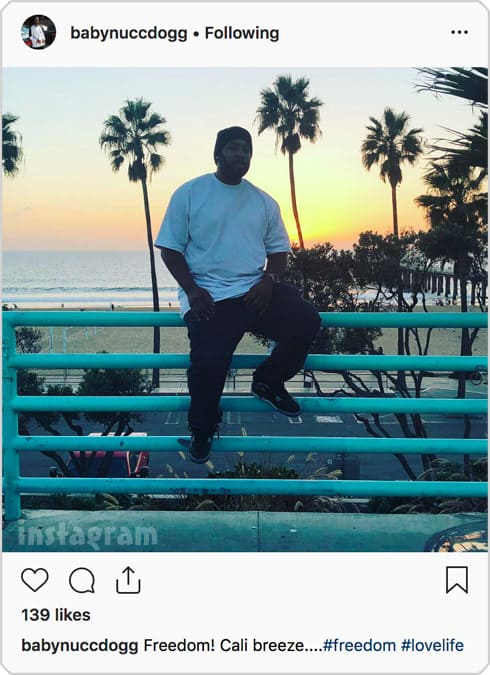 So, it could very well be that Lamar was recently released. You will notice that Lamar is not wearing a wedding ring in the photo.

We will certainly keep our eyes and ears out for more definitive information about whether or not Lamar and Andrea have split, and we will update when we know more.

UPDATE – Here is a video clip of Andrea’s conversation with her Ute crew just prior to revealing that Lamar had been arrested again:

This isn't the fairy tale Andrea had hoped for. ? #LoveAfterLockup #WhereAreTheyNow pic.twitter.com/wBkkBoFITO