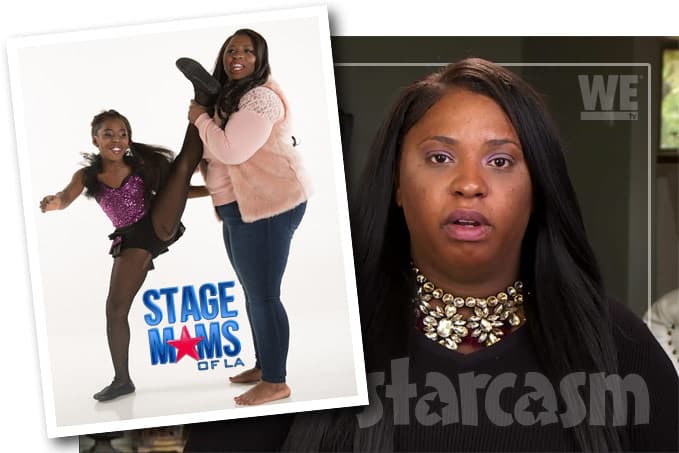 WE tv’s new reality series Love After Lockup is from the producers of TLC’s 90 Day Fiance, and it appears that those producers have retained their affinity for cast members who have some previous reality show experience.

Love After Lockup star Andrea Edwards-Owusu, a single Mormon mother of three who is engaged to convicted felon Lamar, previously starred alongside her daughter Nyla in the reality series Stage Moms of LA. The show featured parents who were trying to launch their kids’ careers in Hollywood, and Andrea and Nyla were among the finalists chosen during the first (and only?) season. The show looks to be in the American Idol format, with auditions planned for multiple cities. The first season was in Salt Lake City — and that’s where they found Andrea and Nyla. 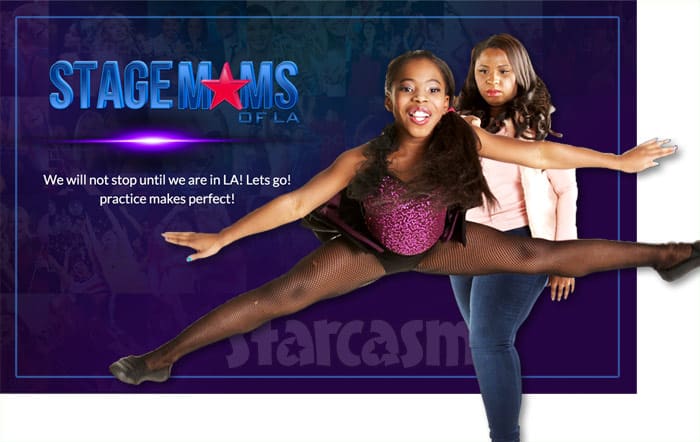 The show’s website is still up, and it still includes Andrea’s bio — which talks about her 15 years of training as an actress:

Growing up Andrea feel in love with the art of film making, acting, and the whole production of it all. Acting was her get away from a very dysfunctional home. Movies and theatre could always make her happy. It never mattered what was going on in her world acting would always make me feel alive! At the age of seventeen she ran away from her hometown in Houston, Texas against her family’s will and relocated to Los Angeles, California to become a big Hollywood Super-Star. With over 15 years of training, films and live theater under her belt she still gets the rush, passion and love for the art of being able to read a script and fall into that character. My name is Andrea C. Edwards-Owusu and I’m an actress!

For the past 10 Years Andrea has been her daughter’s Momager preparing and molding her daughter Nyla into A Mega Star. Andrea is a Single Mother of three extraordinary kids who fight for her attention. Her teenager Tennison (Like the Poet). Is a 13 year old writer, master drummer and pianist, who will soon be attending college and getting his first novel published this upcoming summer. Her youngest daughter Priscilla is a 3 year old drama queen in training is following her older sister Nyla’s footsteps as the youngest dancer at her Dance Academy. At times Priscilla fights her older sister for the spotlight and takes over the crowd. With a 10 year old aspiring: Dance – Pop Star/Actress/ Model and a 3 Year Dancer/ Singer drama queen and a Thirteen year old soon to be College student Andrea’s has her hands full.

In addition to the bio, there are also video clips of Andrea and Nyla from Stage Moms of LA remaining online. In this first clip, Andrea is having difficulty getting Nyla to do what she wants during a photo shoot. Andrea also talks about the fact that Nyla is gaining a little bit of weight in her stomach and that she needs to lose that weight so that she an keep the lines of her six pack defined:

In the second clip, Nyla shows off her acting chops (she’s at the very beginning):

In video number three, we see Nyla doing her “community give back,” which is sending dance videos and clothes to Ghana:

Nyla mentions in the last video that her father is from Ghana, something that Andrea brings up numerous times on her various social media accounts. According to online records, Andrea filed for divorce from a Samuel Owusu in 2011. Owusu is a common name in Ghana, and the dates line up, so I think it would be a relatively safe bet that he is Nyla’s father.

In between Stage Moms of LA and Love After Lockup, Nyla had another brush with potential reality show stardom as she got a ticket to the dance boot camp run by Dance Moms‘ Abby Lee Miller earlier this year. I don’t believe that she actually attended however, perhaps because of Abby Lee Miller’s legal issues and the pending demise of Dance Moms? 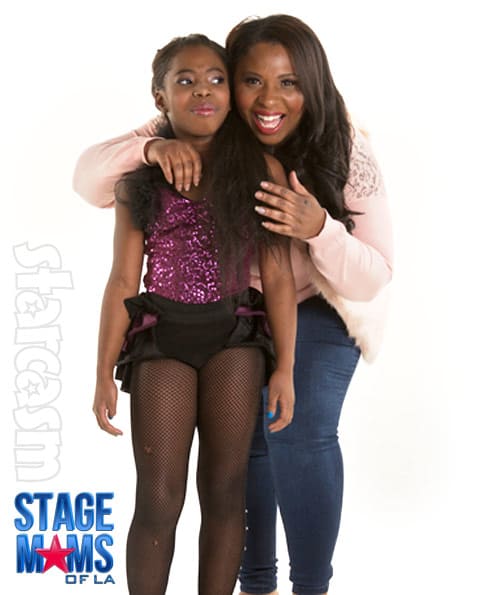 Interestingly, in the Stage Moms of LA extended trailer, Andrea reveals some info foreshadowing her future reality show venture: “I am engaged to a man who’s in prison,” she tells the talent developer, “and I am getting married to him next year.” That trailer was uploaded in 2015 — I am unsure when the footage was shot:

If you’re curious to know more about Andrea’s prison bae Lamar, we’ve got those details coming soon — so stay tuned! (We will update this post with a link.) BOOM! Click here to find out all about Lamar, aka Baby Nucc Dogg!

I’m hoping Andrea’s thirst for fame (for her and her family apparently) doesn’t get in the way of her story on the show — and I CERTAINLY hope that her romance with Lamar doesn’t turn out to be just relationship flexin’ for attention by both of them. I suppose we will all just have to tune in and see for ourselves when Love After Lockup premieres on Friday, January 12 at 10/9c on WE tv. Click here to watch the full preview trailer!

* I don’t usually bring this up, but these background posts take SO MUCH time and effort that I wanted to say something… If you are a writer for another site doing a post about this, please link back. Thanks 🙂