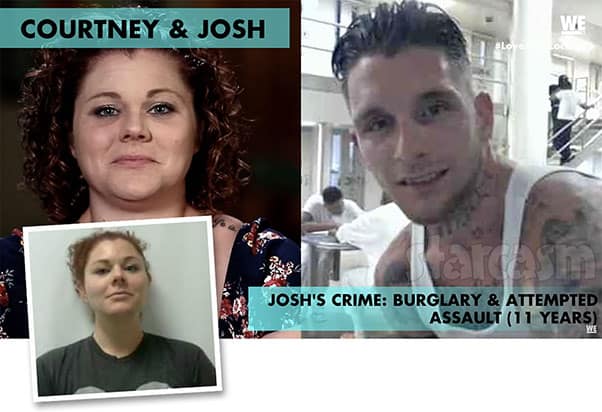 In the previews for the new season of Love After Lockup, fans are introduced to Courtney and and her convict boo Josh. So why are we shown a mug shot photo of Courtney?! “I met Josh when I was a corrections lieutenant,” Courtney explains. “I was sentenced to 60 days in jail.”

Also in the previews, we get to see Josh out of prison and proposing to Courtney. So, why was Courtney arrested? And are Courtney and Josh married?

Why was Courtney arrested?

Online records confirm that Courtney was a Correction Lieutenant for the Ohio Department of Rehabilitation and Corrections from 2015-2018. She was indicted for tampering with records on March 15, 2019. Tampering with records without a huge financial gain is usually a misdemeanor offense. However, Courtney allegedly tampered with prison records, and tampering with a record that “belongs to a local, state, or federal governmental entity” is a third-degree felony.

Courtney eventually pleaded guilty to a lesser, fourth-degree felony count. She was sentenced to 60 days in jail plus 2 years of probation on July 17, 2019.

If you’re curious about what records Courtney altered, it appears that she changed visitation records to hide the fact that she visited Josh. From Courtney’s sentencing documents:

UPDATE – In the premiere episode, Courtney reveals that she would wear different wigs to change her appearance. She even shared some rather laughable examples of her disguise skills: 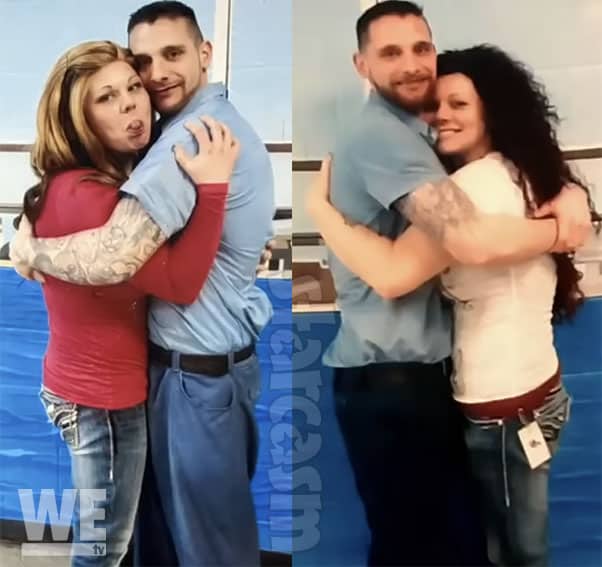 Are Courtney and Josh married?

If you’ve watched the preview trailer for the new season of Love After Lockup, then you’ve seen Josh down on one knee in a field proposing to Courtney. What you may not have noticed is that Josh appears to have a HUGE tattoo of Courtney’s face on his forearm, along with the words: “Will you marry me?” 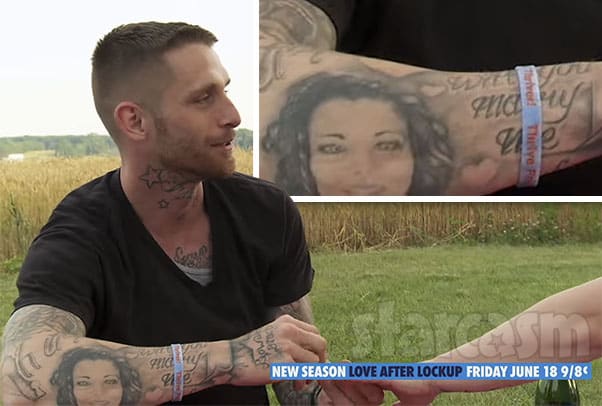 If that is Courtney’s face, then it would seem likely that Josh unveiled the tattoo as part of a surprise proposal while incarcerated. I’m sure we will hear that story when the season airs.

So, did Courtney accept Josh’s proposal(s)? The answer appears to be “yes,” but with a twist. Courtney is currently using Josh’s last name, which led me to believe that they might already be married. After combing through numerous court documents, I was able to confirm that the two are indeed married, even though neither was present for the ceremony. Wait, what?!

In a motion filed by Josh’s attorney asking a judge for his early release, it is revealed that Courtney and Josh were married by “double proxy.” As you might have guessed, a double proxy wedding is a wedding in which neither party is present. It is mostly an option used by members of the military, and it is only legal in the state of Montana. Here is an excerpt from a recent New York Times article about a military couple who had a double proxy wedding:

The couple had just gotten married via double proxy, a process allowed in Montana for residents and active members of the military. In a double proxy marriage, a couple signs their right-of-attorney over to two stand-ins who get married for them by signing the marriage license in front of an officiant. Neither member of the couple or even the officiant is ever together in the same room during the wedding. The marriage is legal and recognized in all states, except Iowa. Several other states, including California, Texas and Colorado allow for single-proxy marriages where one member of the couple is present.

I doubt very seriously that Courtney or Josh are residents of Montana. However, Courtney is an Air Force veteran, and I believe she is still active in the Air Force Reserves. So perhaps that qualified her?

If you’ve been paying close attention to the dates in this post, Courtney and Josh got married prior to her arrest for tampering with documents. I’m not sure if this means that Courtney married an inmate while she was a corrections officer and tried to keep it a secret? If so, then wow! I cannot wait to see how they tell their story on screen!

If you’re curious how Courtney and Josh’s marriage is working out, we will soon be sharing another spoiler post with all the tea. (And it is HOT HOT HOT tea!) We will also be posting numerous other Love After Lockup posts over the next week as we all prepare for the new season premiering Friday, June 18 at 9/8c on WE tv!

UPDATE – Here’s the update post with a HUGE spoiler!