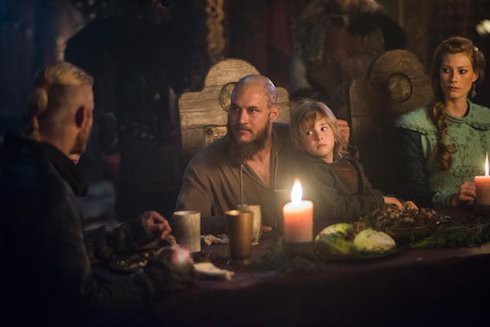 Vikings Season 4 spoilers and new episode details are everywhere, thanks to peak excitement for tonight’s season premiere. What do we know about the coming season, and what can we make reasonable guesses about? As it turns out, quite a bit, thanks to early reviews; a transcript of Travis Fimmel’s recent Reddit AMA; and hints from show creator Michael Hirst that suggest Ragnar might not make it to Season 5.

Vikings fans have been paying quite a bit of attention to a series of comments Hirst made following the conclusion of Season 3, in which he addressed the possibility of continuing the show–at any point–without Travis Fimmel’s Ragnar. They weren’t quite Vikings Season 4 spoilers, but, given Ragnar’s ill health following the successful siege of Paris–and his unexpected Christian baptism–Hirst’s statements have taken on a new weight. “I’ve always seen the show without Ragnar,” Hirst revealed, in a Hollywood Reporter interview. He explained further:

[Ragnar] took that baptism seriously because for him it was personal. It was a way of trying to make sure that when he dies he’ll see Athelstan again….I thought it was very important when I started thinking about this whole thing that Ragnar had many sons and some of his sons became more famous than he was. So I can perfectly well envision a world without Ragnar and further adventures for the sons. Absolutely. That’s something I really, really want to do. 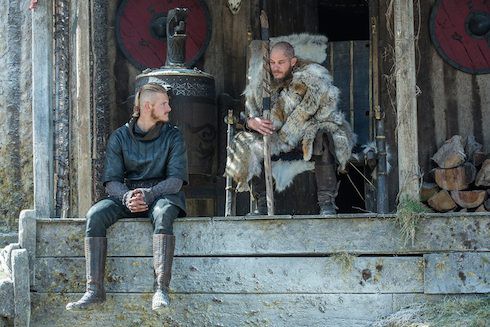 Thanks to a recent Inquisitr article, we do have a few Vikings Season 4 spoilers from the first few episodes of the season. If you’d prefer to enter the new season spoiler-free, now’s a good time to turn away. Otherwise, read on… 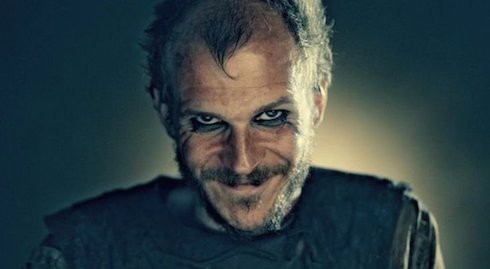 …For one thing, Ragnar is still noticeably weaker after the show’s Parisian expedition, despite the fact that several years have passed between seasons 3 and 4. “Ragnar is still not his former self,” the report states, though he is still well enough though for plenty of story lines.” One of those involves a Chinese slave named Yidu, who “ends up in Kattegat” after being captured by the French. Yidu was a noblewoman in her homeland, and thus makes for a poor slave. One of the many reasons Ragnar is intrigued by her, however, has to do with her understanding of potent, “ancient Chinese medicines.” Translation? Yidu and Ragnar totally get stoned together. 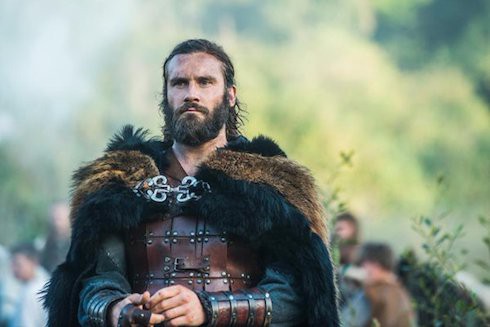 One other set of potential Vikings Season 4 spoilers involves the (potentially) ill-fated marriage between Rollo and Princess Gisla. Gisla, as you might expect, is not at all pleased with the arrangement into which her father forced her, and “take[s] on a whole new level of snark” regarding her father’s aspirations for the marriage. This leads to scenes of great comedy–and to a haircut for Rollo himself, whose resulting “regal [coiffure]” justifies every Vikings L’Oreal meme you’ve seen on social media and then some.

As for Travis Fimmel himself, the Vikings star took to Reddit this morning for an Ask Me Anything session that touched on some of the sillier, more lighthearted parts of being King Ragnar. Did he drop any Vikings Season 4 spoilers as well? That depends on how you want to interpret some of his comments–check out the transcript:

If you were a Viking in real life, what is the first thing you would pillage?
Lagertha.

There are many Vikings fans that sense a subtext in the relationship between Athelstan and Ragnar, in that is was oftentimes implied that it could have been more than just platonic. Was this intentional on the part of Hirst, and could it have played a part (even minutely) in Athelstan’s character being written out? What’s your take on the whole thing?
We had an off-screen moment…

Do you think your son Ivar the Boneless will have the chance to walk one day?
Hopefully.

If you were in Ragnar’s place, as Travis, would you forgive Rollo for the second [betrayal]?
No. I don’t care if he betrays me or not. I’m going to try to punch him in the face.

Would Ragnar rather farm or fight?
Farm.

Based on what you’ve learned in your time as Ragnar, how well do you think you’d do if you suddenly had to live the rest of your life as a Viking in the Viking era?
No I wouldn’t last very long. I’d last one fight and then be dead….I’d die in the cold.

If you couldn’t die of old age and had to travel back in time, what time period would to go to?
American frontier. Cowboys. The Wild West.

What is your favorite creature comfort when you guys are out shooting?
Soup. Just get some soup. Hot soup.

I’m super excited for the start of Season 4 tonight! I’m making a pot of soup, drinking my favorite wine, my hubby will build a fire and we’ll cuddle on the couch to watch…perfect night at home! What’s your perfect night at home?
You had me at soup.

How did you prepare for your role in Vikings?
I shower. Shave my head.

What is love?
Great song.

What was your favorite season of Vikings?
This upcoming season is my favorite.

Will we see any baby goats this season?
No, we ate them.

What is the best pet in the world?
Dinosaurs.

Which Ragnar beard was your favourite? Season 3 was mine….the bigger the better!
I agree, season 3.

What’s some behind the scenes information that fans of the show might not know?
Alex kissed Katheryn… they had a thing.

How weird/cool is it to have people “know” you, people you’ve never met before?
Very weird.

Is there anything you wished could be part of Vikings? Be it a scene that got cut, a area you’d love to shoot in, something story wise or what ever.
I wish we could have invaded Australia.

And, just before signing off, Travis was sure to add a quick thank you and a possible spoiler for the Vikings Season 4 premiere: “Thanks so much for having me and thanks for your questions,” he said. “Lagertha gets naked on tonight’s episode.” 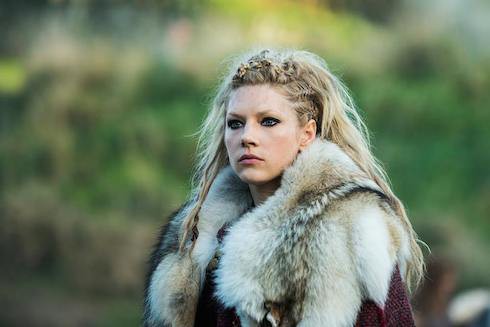 Just in case you weren’t completely caught up on the show before checking out all the potential Vikings Season 4 spoilers above, History’s got you covered with a Vikings Seasons 1-3 supercut:

You will face the wrath of the gods if you are not caught up on #Vikings. Get a recap of season 1-3 here. https://t.co/yRTqPekXMb

After all that, don’t forget to watch the show! Vikings Season 4 premieres tonight on History at 10 PM EST with an episode entitled “A Good Treason.”

PHOTOS Kylie Jenner’s boobs are real, and she thinks they’re spectacular, thank you very much

Lamar Odom update: Desperate and ‘ready for rehab,’ but Khloe might not care