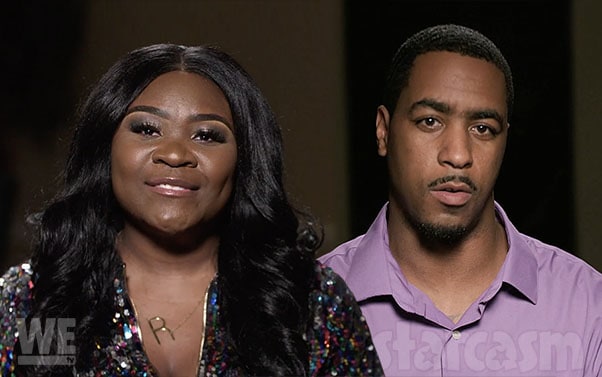 We’ve been steadily doling out spoilers for the couples featured on the current season of Love After Lockup, and now we can add Britney and Ray to the list!

Britney is a 33-year-old healthcare advocate from The Woodlands, Texas who comes from “an accomplished family,” as WE tv puts it. She met 29-year-old Ray via Facebook after he waved at her using an illegal cell phone while in federal prison. He was serving three years for participating in a string of Walgreens Pharmacy robberies across multiple states.

As you might imagine, Britney’s family is anything but supportive of her decision to date an incarcerated felon. And fans of Love After Lockup are well aware that the relationship success rate in these kinds of situations is anything but great. So, have Britney and Ray defied the odds? Are they still together?

It does appear as though Britney and Ray are defying the odds and are still together and happy! Both of them shared the same photo together on Instagram this week. “It was meant to be! I love you so much!” Britney wrote in her caption. 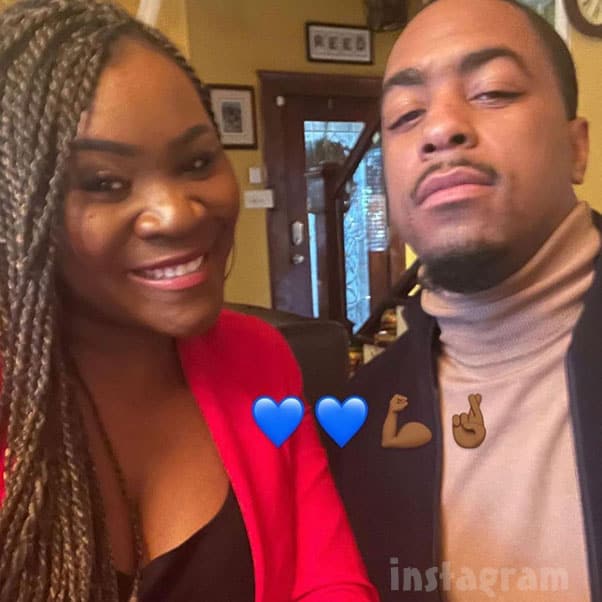 A single photo and a couple positive captions aren’t exactly a smoking gun as far as proof that the two are still together, but we also have some additional evidence.

Britney joined her Love After Lockup co-star Rachel for an interview with Sharrell’s World on YouTube this week (included below). Although Britney did not come right out and drop any spoilers by saying she and Ray are still together, it wasn’t too hard to read in between the lines. For example, here is her very positive and affectionate response to Sharrell’s question about how she knew Ray was the one:

I just think it was our connection and our conversations. And our goals and aspirations line up. He’s so sweet. And I know everybody will say, like, “Inmates have nothing but time. They’re all sweet.” Which is true, they’re all nice and say everything right. But it was just something different about Ray. I think once people see him on the show more they’ll understand a little bit more.

In addition to still being excited and joyful talking about Ray, Britney’s answer to one particular questions left little doubt.

Sharrell asks Britney if she would consider having children with Ray. “Oh yeah!” Britney answers immediately. “I’m gonna have all his kids!” she laughs.

It’s also important to note that Ray has been out for quite a while. According to federal prison records, he was scheduled to be released in November of 2020. So, the fact that Britney is still excited about having kids with him eight months later certainly seems like a good sign they might actually make it to their happily ever after!

In stark contrast to Britney, Rachel seemed to be talking through gritted teeth whenever she spoke about Doug during the interview — especially when Sharrell repeatedly stated that she thought both Britney and Rachel’s relationships were built on love with no deception. If you want to know more about Rachel and Doug’s current relationship status we have a major spoiler here and another spoiler update here.

Britney states in the Sharrell’s World interview that she is a big fan of reality TV, and she admits that she had seen Love After Lockup before applying. Actually, it was after watching an episode that Britney and her friend saw WE tv’s casting call announcement and the idea to apply was born.

I did some social media snooping and found some comments Britney made about an episode of Love After Lockup on Facebook in January, 2020. This was in reference to the infamous love triangle between Sarah, Michael and Megan. More specifically, it was about the scene in which Michael was upset with his best bro because he got intimate with Michael’s girlfriend Megan behind Michael’s back. (Remember, Michael is the one with a wife and a daughter in New York AND a girlfriend in Texas.)

Watching this ratchet reality show and Men can NOT take a woman …whether it be their wife, girlfriend, baby mama, or side chick “cheating” on them 😂🤣🤣😂 they be ready to just lose it all! They go completely psycho!

Men also don’t have a true guy code …but I’ve been knowing and saying this! A man’s best friend won’t hesitate to holla at the good woman his friend is treating bad 😂🤣😂

More from the comments:

BRITNEY: lmaoooo man this is facts on facts! Lmao may not apply to all dudes but I’ll have to say most 😂🤣🤣🤣😂

MALE FRIEND: You’re right one of the worst double standards.

BRITNEY: One of the worst! But I was laughing really loud watching this show when dude got into it with his friend over his own girlfriend that he cheats on his wife with 😂🤣😂 did that make sense? LMAO

If you watch the Sharrell’s World interview below, I think you will agree that Britney and Rachel would both be hella fun to watch Love After Lockup with! And when Love After Lockup‘s over, Britney would be happy to watch 90 Day Fiance with you too! Here are her thoughts on Colt Johnson’s infamous swimsuit scene. [The tweet is not hers, but added as a visual reference for those who weren’t lucky enough to watch the Happily Ever After episode with Coltee Hasselhoff.]

Does Jess have an extra bra in her beach bag that she can loan to Colt?#90DayFiance #90DayFianceHappilyEverAfter pic.twitter.com/zZO9n0px8Z


BRITNEY: I’m watching 90 Day Fiancé and what the heck is Colt-ie wearing while walking on the beach!?!? Matter fact Why is he not wearing clothes? 🤣🤦🏾‍♀️

FRIEND 1: Girl I was kmsl he looked horrible.

BRITNEY: Especially from back! Hell from the back and the front 🤣😂🤣😂🤣

FRIEND 1: Both Chile his boobs was bigger than hers.

FRIEND 1: Idk but they should be slapped with his boobs immediately 😂😂😂😂😂

FRIEND 2: I choked when I seen that! He has a very feminine body lol!

BRITNEY: The thighs the knees and the titties…I can’t.

FRIEND 3: Girl he think he a damn catch lol. Those girls pumping his head up.

BRITNEY: They really did pump his head up.

Britney didn’t just call out Coltee, she also called out Chantel just before taking a trip to Cuba!

BRITNEY: I’m watching The Family Chantal …and Chantal is NOT CUTE and she CAN NOT DRESS!!!!!! If I get on 90 Day Fiancé after I meet a Cuban man my spin off show will be so much better! Chantal is fake bouje and dusty! #StiffWeave

BRITNEY: I would slap the braces out of Pedro sister yuck mouth !

BRITNEY: Pedro is so petty for his translations LMAO ! Throwing out wig ! Lmao 😂

FRIEND 2: I’m always confused if she’s cute or not it’s like i can’t decide and i think she’s a little special am i trippin?

BRITNEY: She so special! Girl she’s annoying! I can’t stand when she gets so called mad 🙄🙄🙄Pedro has to be annoyed! Pedro mama is a thug lol!

FRIEND 2: I don’t like Pedro titty ass either tho! & his mama & sister need to find they right foundation color & quit skin bleaching 😷

Oh snap! Well, I guess Britney has to be a good sport about those criticizing her because she was certainly doling it out!

To watch how Britney and Ray’s romance plays out on screen, be sure to tune in to new episodes of Love After Lockup airing Friday nights at 9/8c on WE tv!

For those of you who are impatient to find out what lays in store for all the couples, here is a collection of our Love After Lockup spoiler (and non-spoiler) posts for the current season. The links are followed by the Sharrell’s World interview with Britney and Rachel, which I HIGHLY recommend you watch because I think it will make you a fan of both ladies!

Surprise! #LoveAfterLockup's @italianqueen757 & Nicolle made adult videos together in 2016 as Kaci Kash & Molly Jane! 😲 Did Lacey get Nicolle on the show? Was she just scamming Daonte? Does Daonte even know?! So many questions! https://t.co/VojYInLmsr pic.twitter.com/hxMTUQivqr

90 DAY FIANCE SPOILER Did Robert and Anny get married or not?