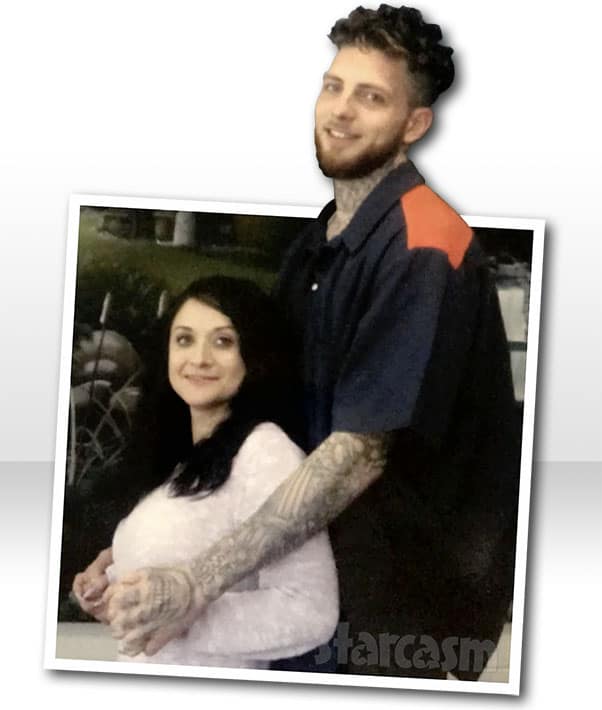 Starcasm is your go-to source for Love After Lockup spoilers, and we’ve got another big one for Rachel and her baloney-lovin’ beau Doug!

In our previous spoiler post on Rachel and Doug we revealed that Rachel has filed for divorce from Doug (twice). We also broke the news that Doug was listed as an “absconder from parole” on the Michigan Department of Corrections website since March 5, and that a warrant was issued for his arrest due to “tampering with electronic monitoring device” on March 8. St the time of this post, Doug is still listed as an absconder, and the divorce is still active.

As many viewers may have guessed, Doug didn’t go very long after leaving Rachel without finding another source for his four favorite B’s: baloney, boobs, booze and blow j*bs. Actually, he has added another B to the list: Brittany.

According to numerous posts on social media, Doug is currently consecrating with a young lady named Brittany. She shared this photo on Facebook on June 18, in which she and Doug recreate his prison release scene with Rachel — but with a lake: 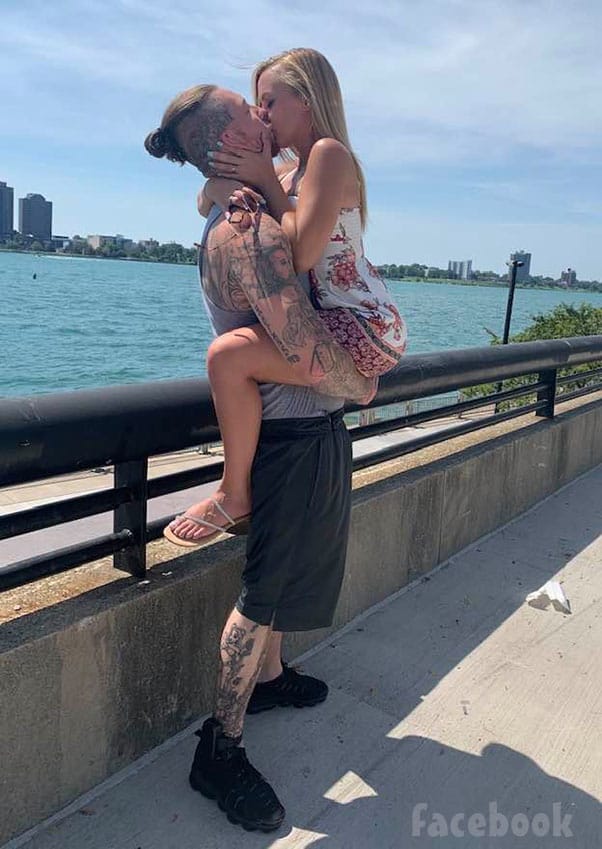 Here is Brittany’s caption for the image:

Our journey over the last 12 years has been rough to say the least, but I’ve never doubted our path would come together. We went through a lot to get to one another but I’m excited to see all the places we will go now that the sun has risen for us❤️ Xoxo

Wait, what does she mean by “our journey over the last 12 years?” Have Brittany and Doug known each other for years? The answer is yes!

Here is a message that Doug sent to his mom from prison in May of 2015. He asked her to post it on his Facebook page, which she did: 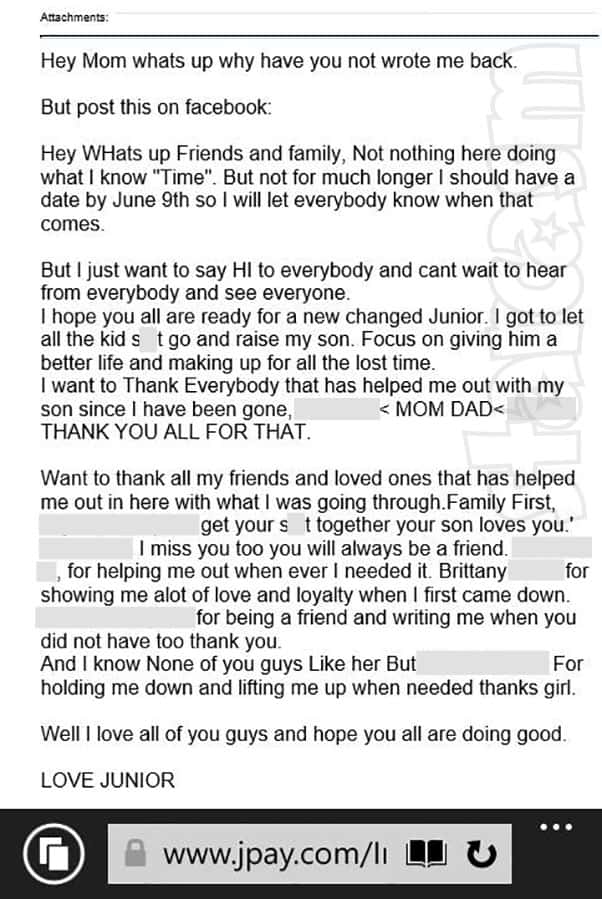 Yes, that is the same Brittany. Doug also wished her a happy birthday the day before the photo was posted. I couldn’t find any earlier interactions between the two, but there’s no reason to doubt Brittany’s claim that they have known each other for 12 years.

As far as their recent romance, Brittany updated her relationship status to “in a relationship” with Doug on May 22. The earliest social media interaction I could find between the two is a comment that Doug left on one of Brittany’s Instagram selfies on March 28. “Your [sic] so beautiful,” he wrote, along with a heart-eyed emoji.

It appears that Brittany has three children, and Doug commented on a Facebook photo of her with them on May 13. “Holding it Down Brittany!!” he wrote. “Doing what takes most people a supportive partner all by yourself keep it you’ll have two girls and a boy that will be Strong and independent like yourself. Love all of you!!!”

UPDATE – Brittany has been responding to a few comments on Instagram since news broke that she and Doug are dating. She doesn’t reveal a lot of details, but she did have this answer when asked how she met Doug and what happened’ to the mother of Doug’s son. “I met him when he was 17 and I was 18, before he first went to prison. His mother is around just does not have contact with him atm.”

Rachel actually shared Brittany and Doug’s photo and caption on her Instagram stories recently after it was posted by @merrypants. Since re-posting the image and caption, Rachel’s digs at Doug and her spoiler drops have been a lot more subtle.

Still, Rachel is pretty damn funny y’all! She and Daonte are well aware they are the butt of a lot of jokes this season, and they’re laughing right along. For example, here’s Rachel sporting her 4B’S shirt and once again looking for a man wearing stripes:

It’s still unclear exactly what happened that caused Rachel and Doug to split. In order to find that out, we’ll all have to keep tuning in to new episodes of Love After Lockup airing Friday nights at 9/8c on WE tv!

LOVE AFTER LOCKUP Michael Simmons is going on tour!